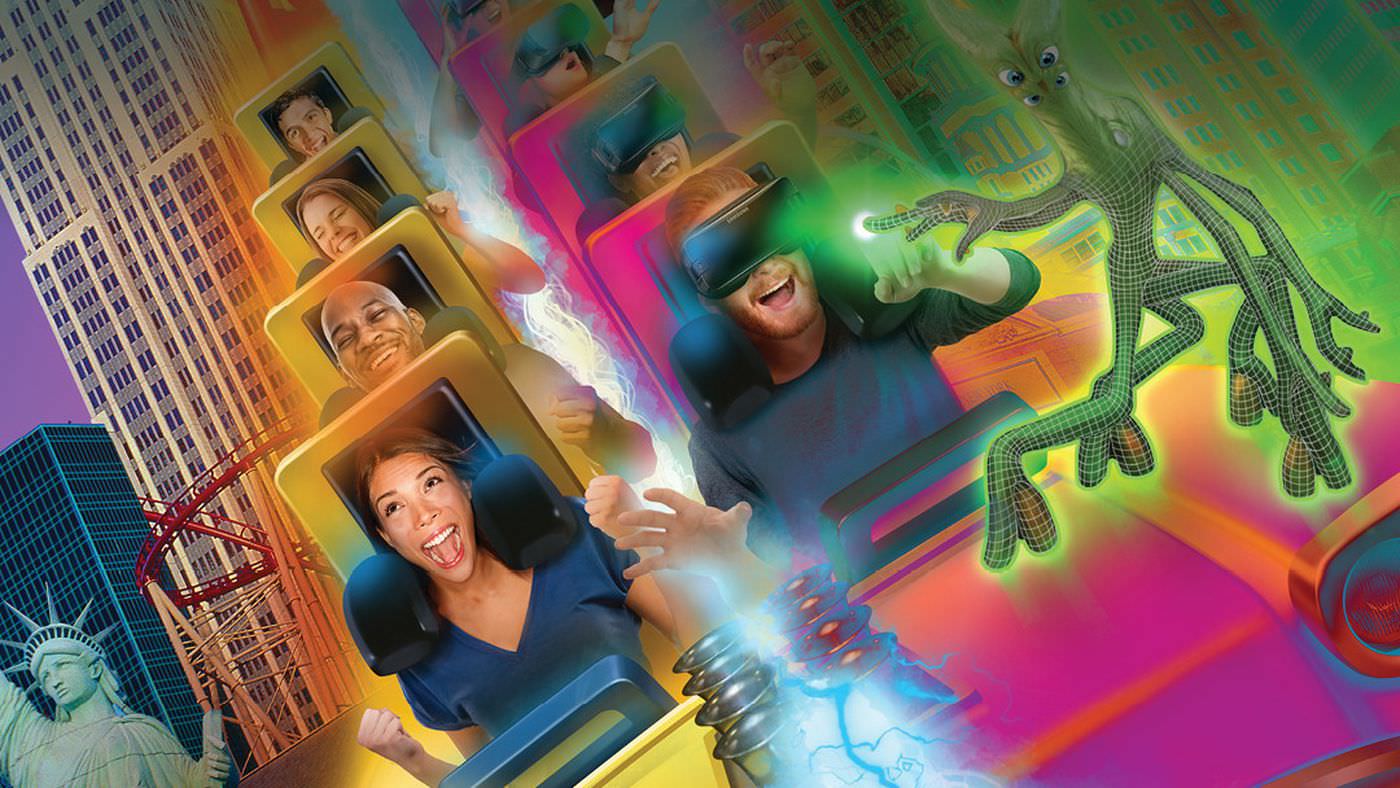 They will add a VR option on their roller coaster, from the 7th of february 2018

Sofar I haven't riden this rollercoaster, the VR-movie they created can be watched on youtube.

What do you think of this? An extra reason to ride it (twice?) or?

WOW. VR on a TOGO is a bad enough idea. Then they go and make a VR movie with graphics that look straight out of Half-Life 2. For a coaster already not worth the cost to ride, jeez.

I just told my wife about this. Her reaction was, "Oh God...face full of herpes."

This is Vegas, after all.

Well, I thought you couldn't make that ride any worse...

There's no way I could handle that ride with VR. No way to brace for impact. I got very lucky the one time I rode that there was a mechanical issues and we evacuated on the mid-course brake.

How is this even going to work? The thing is so rough you can't possibly be expected to focus on anything in a VR headset. I still ride it once or twice when I go to Vegas because it's a coaster and I'm there, and I can usually get a free pass or get a All-Day Scream (in pain!) Pass from playing MyVegas games.

With that said....I'll be there the first week in April and I'm sure I'll ride it again....Just because it's there.

"Heavily medicated for your safety!"

I've ridden that coaster, and unless there is some significant change to the ride track, you would have to pay me to get on it again. VR is certainly not a way to entice me to ride it again.

I must be the only person on earth that thought that ride wasn’t all that bad. It’s been a few years, but my trip on it was well after it was commonly known as a dog. Actually, I was pleasantly surprised, and I especially enjoyed the bigger drops around the building.

In watching this it’s easy to tell how the VR experience compares to the real deal. I’ve never done VR but I’m a little surprised to realize the virtual movie pretty faithfully mimics the motion of the ride itself. Well.... duh, I guess.
Knowing this still doesn’t prompt me into wanting to try it though.

Nope, I dug it. I've mentioned for years that I have actually liked every Togo I've ridden; the one at NYNY being my favorite of them all by a good margin. Watching the (very cheesy, dated, mediocre CGI) video does not make me want to ride it with a VR headset at all, however.

I rode it in 2000 and found it to be unremarkable on either side of the line. I also don't have a huge problem with most Togo's I've ridden except Viper at SFGAdv. which was simply awful. I actually really liked Ultra Twister the one time I got to ride it at Astroworld.

A 2003 veteran of the NYNY coaster. Also didn't think it was nearly as horrible as its rep would suggest.

*like Vater, I too possess - and am a carrier of - the Togo Tolerance Gene (TTG).

Nice, I even got a Gonchback reference. And that's crazy, we both rode the NYNY coaster in 2003? I rode it on my 30th birthday...the only coaster I've ever ridden on my actual birthday, which is in February (not an ideal amusement park time of year here in the mid-Atlantic). Not only is it my favorite Togo, but my favorite coaster in Vegas.

Not only did we both ride in 2003, we would have ridden within weeks of each other.

Maybe it was a particularly good couple of weeks for the ride and we lucked out?

I did all the coasters there in 2004. Speed was my favorite, IIRC, Desperado was also solid and the Arrow in Circus Circus was surprisingly good... maybe because it never got any weather. I didn't absolutely HATE Manhattan Express, but it's nothing I'd call "good." Except for this. I liked that part.

Don't mind this as much as most but this seems like a really awful idea. You really need to brace for some of the elements to enjoy them. Wouldn't be surprised if the VR devices actually get knocked off some on this.

Maybe it was a particularly good couple of weeks for the ride and we lucked out?

Maybe. I'll add that I was fortunate to get a front seat ride, so that likely mitigated a lot of the roughness/headbanging.

My first ride was at night, it was chilly, and I was the only one in the train. For some reason my usual excitement for a new ride turned to paralyzing fear. The lift was long, it seemed really dark back there, the drops were bigger than I had anticipated, I was braced to get beat up, and I felt so alone....
But here I am today, having lived through it. And I got off wondering what all the terrible fuss was about. I didn’t think it was the greatest ride ever, but it certainly wasn’t the worst. The thing that I thought was weirdest is that through the first half it was a mega coaster and in the second half a small, parking lot coaster. Only on a roof.

I would think the VR Ride Experience would be like this. Is you go up the lift then you come off as you are trying to concentrate on the images you get the crap beaten out of ya, next thing you know you get knocked out and wake up in an Emergency Room somewhere.

I look forward to these ride reports. I rode Ninja at SFStL with the VR, the ride without is not horrible but with the VR it simply kicks the crap out of ya as you can't anticipate turns in the VR headset. Especially if it malfunctions during the ride.

I too have the Togo tolerance Gene. And surprisingly all the Togo’s I rode in Kaoan were amazing. I rode this coaster when in Vegas but no VR for me