Disney looking at taking guests temperature (sounds like at entry and various points throughout the park).

So the same illusion of safety we always accept.

Seeing major parts/episodes dedicated to an IG-xx assassin droid and Jawas did more for me than anything else... It's all sentiment, I know. Couldn't care much for the new characters, and have no clue what really went down. I just like seeing old characters that had bigger roles as plastic toys than they did in the original movies. They know darn well which heart strings to pull!

Yes, all of this. I loved the IG-xx droid, the Jawas, the scouts on speeder bikes doing target practice (hands down the best scene in the entire series), the Salacious Crumbs caged up/roasting on a spit...the scale of the ships...the effects were beyond my expectations. As a Star Wars fan (primarily the original trilogy), all of that was awesome.

None of that was enough to make a good series, though. It helped make it watchable...at first. Once the novelty of those little bits (some of which didn't contribute anything to the story) wore off, it was easy to see what a crappy show it is. The acting was mediocre (some of it was so dreadful it made me cringe), the character development was terrible, the writing was sophomoric and contrived (as were some of the characters).

The concept was decent...it was John Favreau's creation, I just wish he had more to do with it, like casting, directing and editing.

CP and KI have suspended payment plans. Interestingly Canada’s Wonderland has not and processed my payment today. CW opening day was originally May 1st, even before CP.

Now back to a galaxy far far away.

Checking for the most obvious threat while completely ignoring more real and dangerous ones. Ignoring the majority of asymptomatic cases, fever is just one of many symptoms in symptomatic cases.

If you're legitimately concerned about the threat of COVID-19 in any serious way, this should be an entirely unacceptable approach.

Either we're past this in the sense that the threat is nearly non-existent for most of us (in which case this is security theatre at its finest) or there's still a threat for most (many?) of us and this isn't nearly enough (based on what we're doing now - and the idea of no "inbetweens" because of exponential growth).

You can't have it both ways.

Also, literally quoted from the article:

"He (Iger) compared the practice to security measures that were introduced after 9/11, such as providing photo ID or walking through metal detectors."

But dude! Come on!

The two of you are cracking me up between here and the FaceTubes. It's like watching a live action Holden and Banky relationship.

The idea of taking temperatures of people wishing to enter a business establishment of any type isn't far fetched. Think about it. How many of you have gone to work when you were sick even though you have sick days? How many parents send their kids to school when they are sick for one reason or the other. I'm not sure how this rolls out but I'm guessing technology companies are already on this. Maybe we will walk through a metal detector first and then a body temperature detector second. Who knows?

In any event, trying to screen people to determine if they are carrying X is probably where we are going in some form in the future. Whether you think the TSA is a joke or not, the fact of the matter is that there have been no significant terrorist incidents on planes in the US since 2001 and the traveling public's confidence in flying was pretty strong prior to this pandemic. Either we are safer...or we feel safer...but we were still flying up until a few weeks ago. Businesses are going to have to find a way to provide a similar level of confidence to consumers if they are going to "come back". Today at my office I have taken my temperature twice...both times I've reentered the building. This gives my coworkers (essential employees...sidebar) some level of comfort being around each other. I truly believe we are heading to some form of screening. We won't be going back to "normal".

We won't be going back to "normal".

Of course not. We're largely irrational and much too willing to accept the feeling of safety in exchange for nearly anything asked.

Whether you think the TSA is a joke or not, the fact of the matter is that there have been no significant terrorist incidents on planes in the US since 2001 and the traveling public's confidence in flying was pretty strong prior to this pandemic.

That's the same logic that's going to drive the new 'normal' with this. And it's beyond flawed.

I find myself repeating this far too much lately, but...

Which part of not letting a sick person into a crowded place is irrational?

The part where you fear sick people.

I just don't live like the rest of you, I guess.

Trust me, let me bake in the Florida sun for an hour or so and hit me with the Disney standard issue temperature monitoring device and they're never letting me in the park.

I’m with Gonch on this one. I don’t think checking temperatures is the right call here especially when there are so many other reasons people have temperatures.

What happens when someone HIV positive that can carry a low grade fever tries to go? And fevers can come up suddenly. And people that are completely a symptomatic can spread the disease.

Either be open or be closed. This isn’t an idea that I think makes a lot of sense. If there are 10,000 people in the park, even with the best cleaning practices, you’re not going to get good social distancing, and all it takes is one person spreading it from the gate and however long it takes to get to the next temperature line. How many people did I pass by and spread it to? And then them?

I suspect when it does reopen, crowds will be so light that there won't be a need to open the parking lot past mid-Timbers.

Asymptomatic spread is an issue in terms of the Disney temp taking approach. You also have an entire industry built on people going to work when sick (cough, cold, fever suppressants, etc.).

Ultimately I think we are a long way away from people being able to gather in large groups. By that point, I think taking temps will be more theater than real.

Count me in the "temperature taking is not viable" camp. You can't screen for a single symptom for a disease that contains several and certainly not for one that you carry and spread even before you show symptoms, as others have pointed out.

And even if you could and the fear was so great that this theoretically would be accepted, can you imagine the sanitation issues of temperature taking the masses after this mess we've been in? Who among those who are legitimately scared is going to say, "sure rub my forehead or stick me in the ear with that device you've been using all day in the sweaty Florida humidity?" (Please, before you say it, I know they will attempt sanitation, but this is largely a mental game at this point.)

Social Distancing may work at Asian parks due to the culture but I just do not see it working in the US unfortunately.

Can you imagine the fights among guests breaking out about who got to close to their precious little Amber? Facemasks flying off on coasters and smacking people in the face. You think line jumping is a problem now, just wait until there are 6 feet in between guests in the queue. Sure they could increase security but what if you get a belligerent guest that has to be removed from the park? Now the security personnel are at increased risk manhandling them out the gate. What if park personnel make an error in judgement and cross the line somehow?

Plus all of this will be captured on video and uploaded to social media within minutes.

I do not envy the position they are in right now.

"While the US Centers for Disease Control and Prevention has screened more than 30,000 passengers in the past month, not a single US coronavirus case has been caught by airport temperature checks, according to a CNN investigation."

So yes, temperature screening seems more like TSA screening in overall effectiveness. From an economic and behavioral standpoint...

In the August preceding 9/11, the airline industry experienced what was then a record high in the number of airline passengers for a given month when 65.4 million travelers took to the air. After 9/11, that number trailed off dramatically, and it took nearly 3 years, until July 2004, for the industry to match and finally surpass the pre 9/11 levels. But the number of available seats—an industry measure of capacity— in July 2004 was just 98.3 % of its August 2001 peak. By July 2005, the number of airline passengers had reached 71 million.

If it takes "temperature screening theater" to restore confidence in going out post-covid, then so be it. I'll play.

I do think that there should be some security theater. It’s a deterrent and can catch weapons. It can be at least useful.

Temperature Theater doesn’t do anyone any good. Someone asymptomaic can still pass thru and spread the virus. And they don’t make invisible guns and knives yet.

Well we sort of have them. These mini multi-tools are like a buck on ebay and I can't tell you how many times I have forgotten to leave it in the car and security lets it through on my keychain at CP and KI. Only once at KI have I had to throw it in the trash. 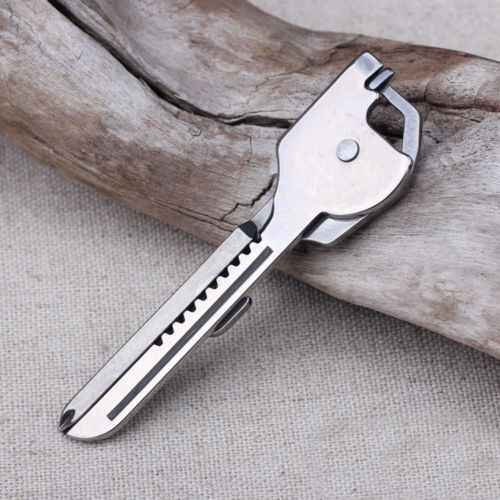