Well I got some information on an Intamin launch coaster

With so many details I didn't even consider or even think about... Ive decided maybe I should contact an attorney

I was hoping this could be done within a year but I could be way off.

@ThemeDesigner I do have a business license.. I did have a sports card shop but I do my online group breaking from home now.

Thank you all for the advice and comments... Input is certainly helping.

I will keep this forum updated with progress

that's interesting. It's Zaturn from SpaceWorld in Japan a park that announced it will close this December. I would love for this story line to be true and for you to end up with a relatively new Intamin accelerator roller coaster in your back yard. Fun stuff. Keep us posted.

Those Intamin hydraulic launch coasters are a nightmare for multi-million dollar corporate theme parks. I cannot imagine what it would be like for a private owner. Not to mention, this is one of those "one trick pony" type coasters. (albeit a very thrilling trick!)

I'd definitely be looking into traditional chain lifts for ease of use and simplicity. I'm sure you could pick up a brand new Eurofighter, or something similar for around the same price.

Nothing is set in stone yet.

I plan to get more information for the next few months at least.

Did anyone here get to experience Miracle Strip in Panama City?

Ya know, the Starliner coaster left Panama City and was relocated to Cypress where it operated for a couple/three seasons. When Legoland saved the place, for some reason they felt like the classic woodie had to go. There's another one that might've been available to you if the timing had been right.

Ya know, the Starliner coaster left Panama City and was relocated to Cypress where it operated for a couple/three seasons. When Legoland saved the place, for some reason they felt like the classic woodie had to go.

Don't be sad that one is gone... back in 2007 I have riding that one, I was looking forward for riding such a classic but we only made one ride on it, it was simply no fun riding it much too rough.

I liked Starliner in both locations.

On the Gulf, it ran like a traditional John Allen, fun but mostly "family" type fun. Not overly aggressive.

When it was rebuilt at Cypress, it definitely had a little more kick, but I thought it was still a really solid ride. I understand it might have been a little much for the intended demographic at LegoLand, but still...

The rest of MSAP was really great - three indoor flats, awesome flume, extended car ride, haunted house...sad the park had to go away in favor of yet another empty lot. Thank a developer, kids...

Get a crane, take Thunderbird back home with you, and leave a 22 million dollar check in Thunderbird's spot. Fair swap right?

B&M is pretty picky about who they build for so so doubt you'd get much love there. 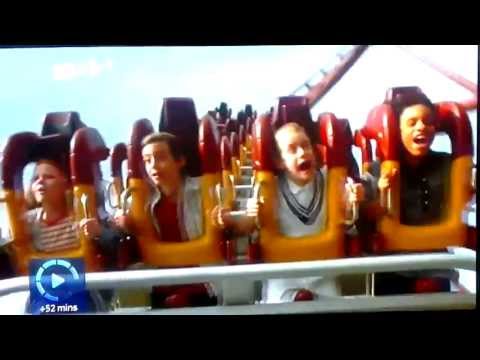 Acquiring several rides would still be way less than my first ridiculous budget lol. 😂 I still feel foolish for that.

I've been trying to find the company that designed and build the haunted house at Miracle Strip... That was and is the best haunted house I've even ridden.. does anyone remember all of the gum in the entrance?

So my ideal fun land is this.

1. Wooden coaster
2. Possible steel
3. Haunted house ( can be customizable by me and or family )
4. Log flume
5. Small set of water slides ( maybe 2 tube and 1 body slide.
This will be very difficult to achieve.

For some reason this thread reminds me of We Bought a Zoo. If Scarlett Johansson shows up let me know.

Never seen that movie, but yeah... I get it. Sounds nice on paper until the reality of what it takes to actually do that sets in. It's like when people see how cheap it is to buy a personal jet. Until they realize that buying the jet is the least expensive part.

If you build an El Toro clone, I'm becoming part of your family. I'll live in the basement. You won't even know I'm there.

In all seriousness, if you're indeed interested in building a coaster, I'd definitely go wooden and keep it short but thrilling. I'm wondering if anyone would be able to design a Phoenix-like woodie. Lots of airtime, not a huge footprint, smooth, etc.

I've always said if I was Oprah rich, I'd commission a big time coaster firm to build me a coaster or two. However, I never considered all the issues either. It's surprising how much there is to think about. One thing for sure: you are really gonna have to make this secluded. People are going to want to check it out.

This was sort of my thought.

Owning a roller coaster is a really awesome prophecy. But from how I see it once you own it you own it. Not only will you pay for maintenance, utilities, permits, inspections, yadda, yadda, yadda, but it won't ever change. With that kind of money you could rent out a park once a year and fly your family there. The park assumes all liabilities of operating and maintaining rides and you get to enjoy it. You also get the newest technology and developments (depending on which park). Invested the right way 25M can go a very long way to not only making that a reality, but also funding a trust that would permit it well into the future (25m with 8% return annually would permit a 2m outlay yearly while maintaining the balance). You can rotate annually between large park like KI or a SF park and a small park like Strickers Grove to help ensure the fund stays healthy.

Just my smart @55 free, 2 cents worth. I know you wouldn't get to ride the rides whenever you want, but you would get world class rides in great form with lots of amenities. Also, if you have to have specially trained professionals to run the ride could you really ride it whenever you want anyway? In the event something tragic happens and the ensuing lawsuit leaves you bankrupt what are you leaving your family? When the times comes and your family inherits your estate what taxes or liabilities will this improvement leave them with? If it falls in to disrepair before you pass and you leave them a derelict ride what costs will they be left with in order to remove it?

I hope you are serious, honestly I do, but I think you are right to consult with people who may know better. Contact professional developers in this space and talk to them about the trials and errors they have experienced. Have them speak of the unexpected costs or surprise areas you could save. There are many people across the US that have owned or operated a small park that could give you great insight into what to expect and how best to go about doing things. I would guarantee most A list manufacturers are going to see you as a one trick pony so it will be difficult to pull them away from their core clients. When they court CF they know that one ride turns in to half a dozen within a few years if they impress so they certainly give them a lot more attention. I also think that they will be a bit hesitant because if the ride is improperly maintained or operated resulting in an injury it can cause bad press for the manufacturer. Look at some of the comments members of the GP are making with regards to KMG and the Ohio State Fair incident.

A final thought, I also feel like you need to certainly hone down your interest to a very specific item and search it out (ie: I want a ride like Banshee at KI) and then be very direct about what it is you are looking for. I understand you are in the planning phase, but to me that is a critical first step as it will direct all future actions you should be taking.

Well, in order to actually operate these things, you'll need to hire a mechanic, get it inspected by the state every year, buy replacement parts, and, if you go with a wood coaster, a carpenter.

First, let me say that the original question seems a little eccentric, but realistic as far as someone having a few million for a wood coaster. There are probably a number of people at the Cedar Point Marina right now with the ability to drop a few million on an enjoyable project.

If the question is serious and not a troll, I would go with a medium size wood coaster, maybe an out and back of about the size of the Cedar Point Blue Streak. A nice smaller coaster that provides plenty of thrills and would probably not be a maintenance nightmare.

As far as state inspections, certification, etc., I believe that is only necessary if you are open to the public and charge admission. I doubt those types of things apply to something built for personal use only. You can learn how to walk the track and do the inspection yourself, then hire a carpenter for any needed repairs that you find and for annual maintenance.

The annual maintenance and operating cost for a ride like that, which operates occasionally, probably isn't anymore than what some people spend to operate and maintain a 5 or 6 million dollar yacht.

..., probably isn't anymore than what some people spend to operate and maintain a 5 or 6 million dollar yacht.

Nothing but a money suck.

I've racked my brain over how to make a rollercoaster an F, (Freefalls?) but I'd say it fits in as a sub-clause.

Wow, I have been doing that third "F" wrong for the last couple decades. lol