Phantasialand in Germany is a unique park as just one guy owns it and he has a lot of restrictions in expanding(noise complains,natural restrictions, environmental issues), so he just does his thing and build what is probably the best themed park(next to Disney) in the World.

A year after Chiapas opend (you can read/watch videos here> http://coasterbuzz.com/Forums/Topic/chiapas-phantasialand---maybe-t...rride-ever ) , a new massive project started.

The Park does not give out information, but tease. So we got a trailer finally for the new area, called Klugheim which will be part of the Mystery area in the park

AND TODAY, we got some more info on the coaster(even in English)

You will cross the track 116(!!) times. This will be a mess of steel. So far, only 20/30% of the coaster is up and it looks insane(track is wrapped up because there will be massive theming around it)

I wanted to start a topic on this, as this will be a fun project to follow and maybe to get some of you mid-western people out and explore the coasterworld a little) ;-)

Jeff, I can not edit the headline, i tried it 3 times, I can change the post, but not the header. Tried to change it to "Phantasialand does it again. Massive new Project/Intamin Multi Launch with incredible theming coming"

Thanks Lord Gonchar, now comment on it! (lol, nah, just joking) This will be an interesting project to follow over the next year as this could become the most anticipated coaster of 2016 (Phantasialand does not dissapoint usually)

I will keep this post updated over the next year, as this will be a interesting project to follow. The park already stated that 70% of the budget will go into theming. Considering Intamin Multi Launch Coasters are not cheap, we can expect something incredible as Phantasialand is not known for doing anything besides perfection.

Sounds amazing! Phantasialand is one of my favorites - this will be an incentive to return.

Looks like I should swing by when I'm in germany in 2016. I've always wanted to go. Let's just hope that it doesn't have more downtime than running time. Looks Cheetah Hunt-ish.

This looks awesome! Going to Phantasialand has always been a dream of mine. The way in which the rides and scenery are intertwined really adds to the appeal.

As promised, I keep you up to date on this Project(from time to time). Phantasialand is really building something spectacular here. The detail in theming has Disney Quality and I love the parks PR as they say nothing besides the info we got so far. No clue on how it will look like at the end, nada. Drives us coasternerds crazy, but keeps the excitement on another level! On to the pics... 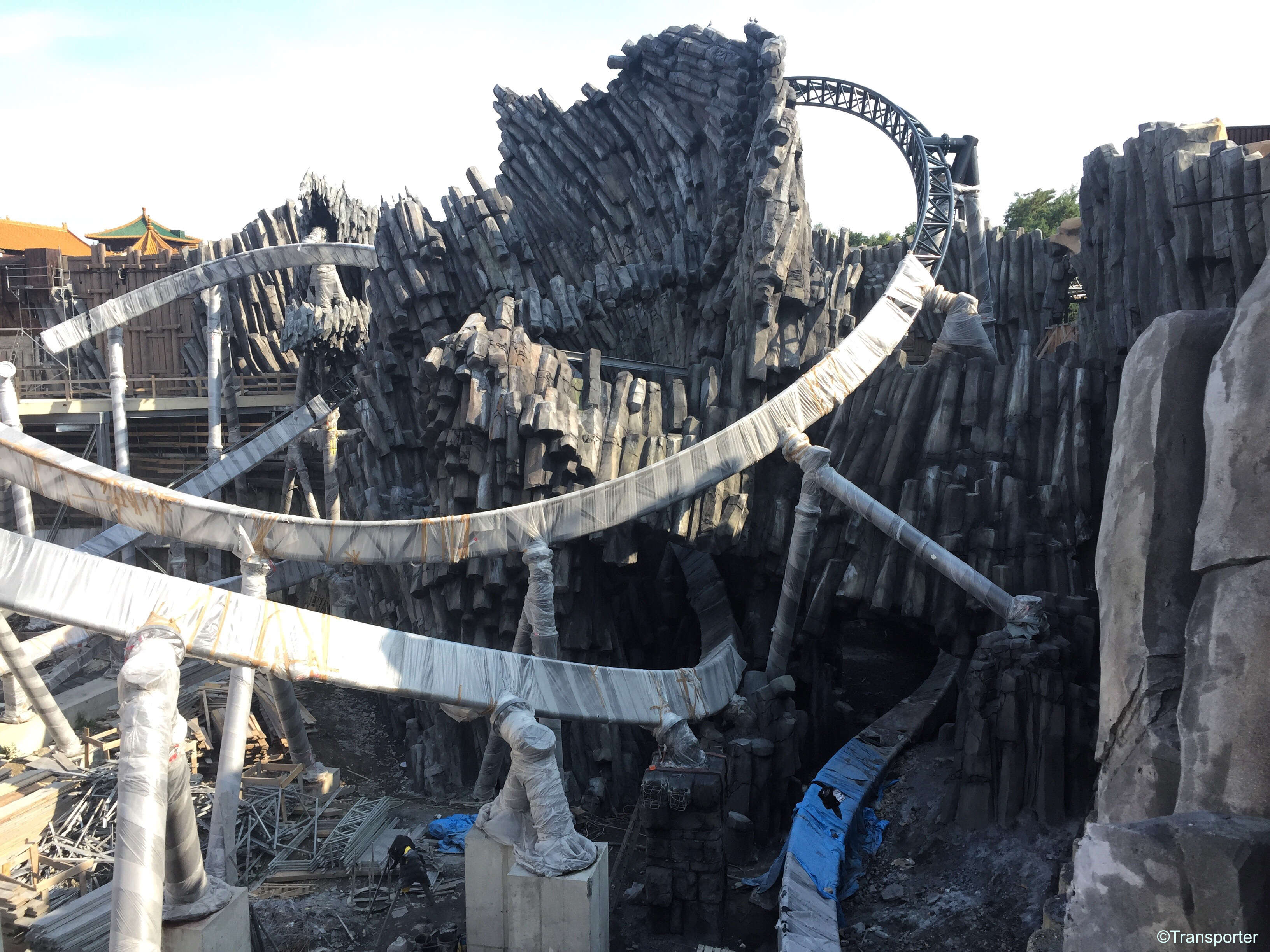 sorry for the multiple reply, I was not able to post the pictures in one post...anyhow, last one for now, This is a big mess of steel 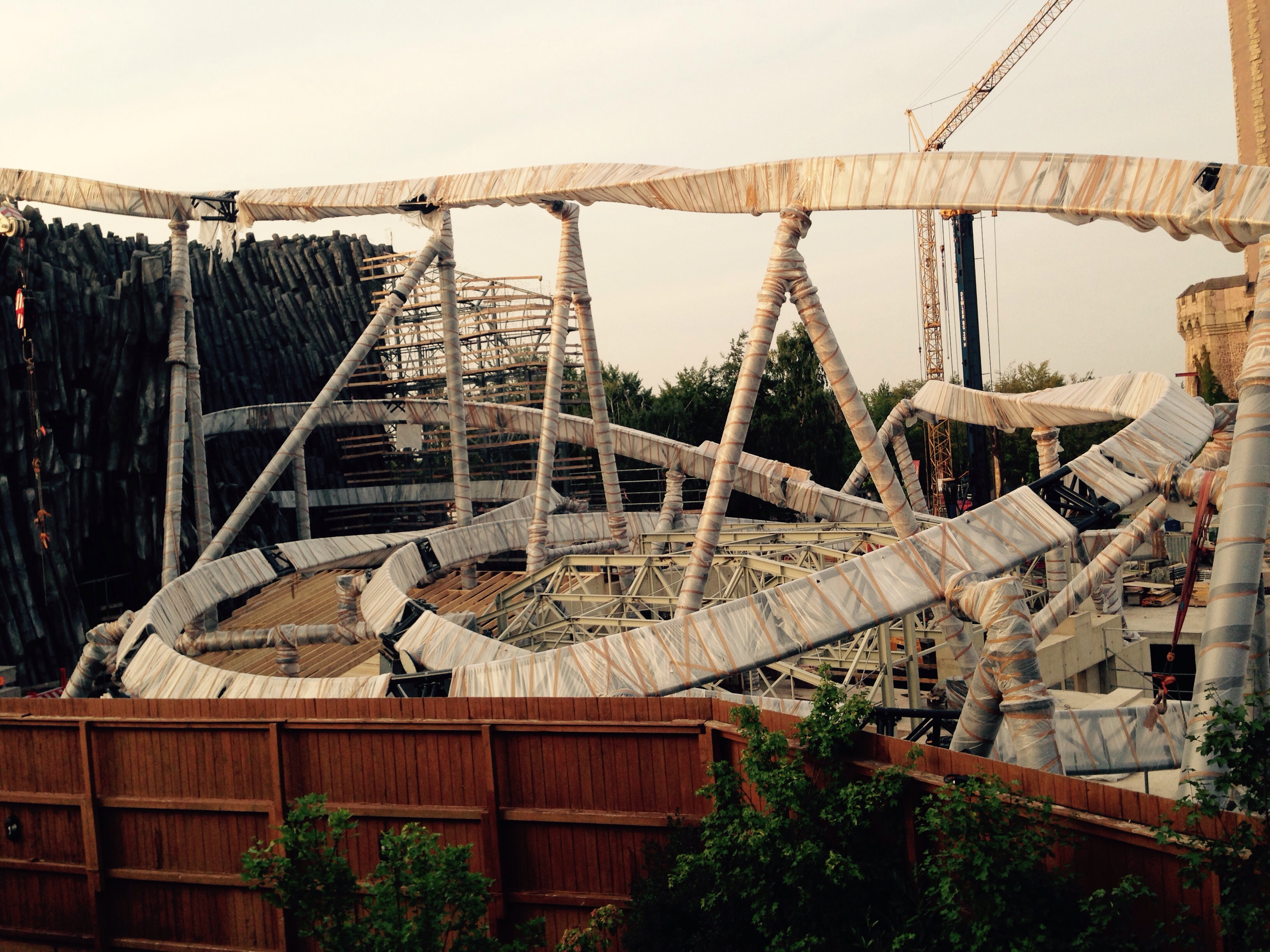 It's like they've combined the best of Everest (man-made mountains), Boulderdash (terrain insanity), and Rattler (into the cave!) all into one incredible-looking ride...amazing.

It looks amazing, but so does Seven Dwarfs Mine Train. Just sayin'. :)