The Disney Wish, the first new ship in the Disney Cruise Line in 10 years, heads out of Port Canaveral for its first trip July 14 — a sold-out cruise to the Bahamas. The tricked-out ship will ferry families on three- and four-day excursions on a cruise full of theme park innovations.

I debated posting this, but because it's kind of a very premium extension of the WDW resort, it felt relevant. I happen to be on that inaugural sailing, so I'll load up on the photos and video. From what I've seen so far, it's quite spectacular. The funny thing about this one is that, because it had to be rescheduled (ship wasn't going to be done in time), we ended up paying half-price for it, which is good because they really jacked it up for the inaugural. Plenty has been said already, but if you're interested, I'll try to post stuff regularly to my IG.

This ship is insane. I've never been in anything this nice. I was skeptical about the grand hall being fantasy oriented, but it's stunning. We just finished our Marvel dinner and it was super fun. More photos on my IG, link in my profile.

And if that weren't enough, looks like we've got a SpaceX launch on schedule shortly. 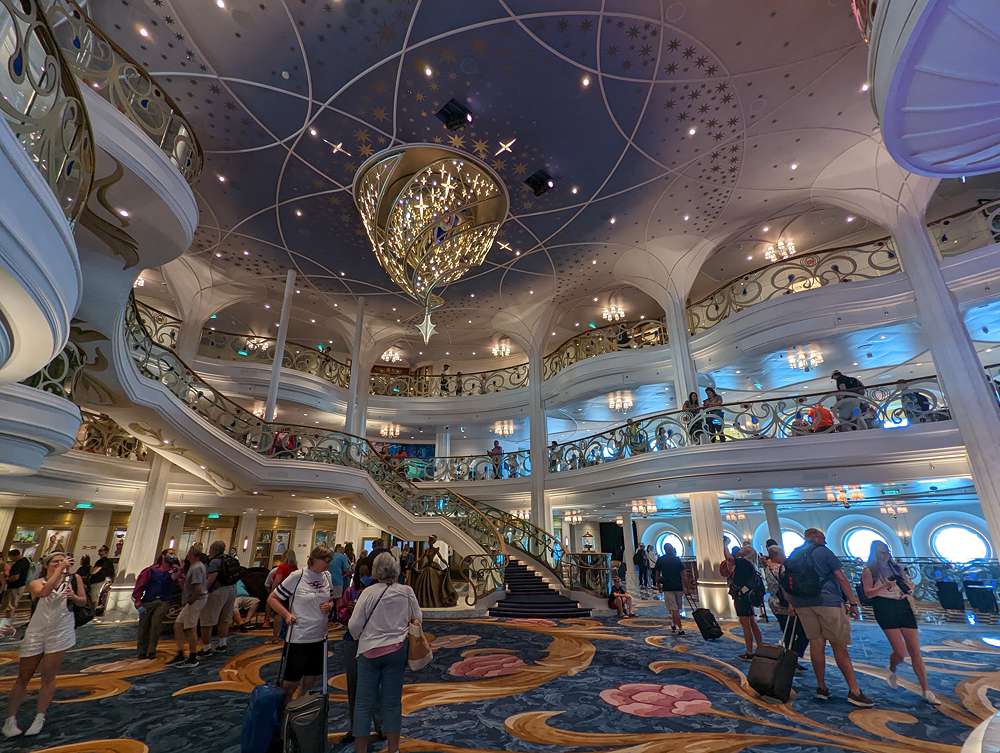 Hang in there, Joan. 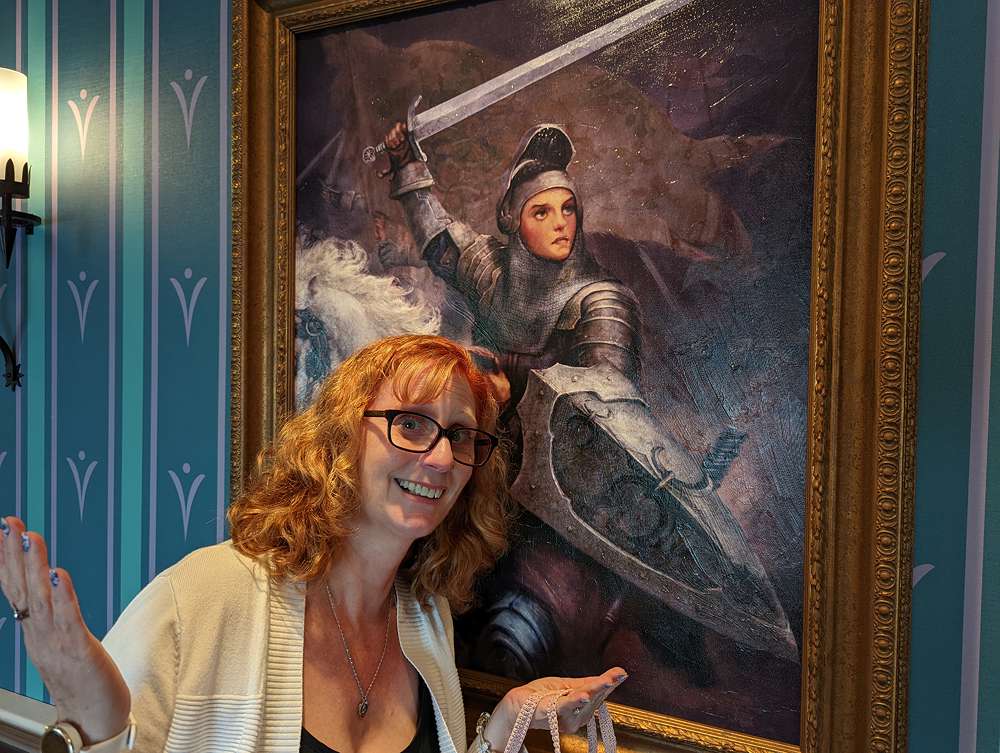 I figured it wouldn't be long before there was a video of the $5,000 drink with an invitation to Skywalker Ranch.

Did he say "mescar" containers? Shouldn't it be beskar?

My first thought is it seems like there should be more of an experience involved with the drink itself. I guess that you get the thrill of opening up the contraption that it comes in (I think that was in the Mandalorian?) but that seems to be it.

I guess that you are really doing this to get the invite to the ranch.

It's neat to drink something expensive now and then, but for me that's been limited to aged rum, where the bottle costs $500 and I'm just getting a sip (tasting event). The stuff in here isn't something I'd normally drink other than maybe the port.

I'd be curious to know more about what they get to do at Skywalker Ranch. That might be worth the $5000 without the drink, depending on what the experience actually entails.

What the 1% waste their money on I will never understand.

I don't think I would put that in the 1% category. And frankly, if you earn it, who am I to say what people do with it?

Not to mention that drink really isn't that expensive if you compare it to the cost of some liquors, wines, and champagnes and those are not served in a presentation like that nor come with an invite to a very exclusive place.

When the drink and day at Skywalker Ranch is roughly the monthly earnings of the average American family I consider that something excessive and reeking of opulence. Great for the rich, but I reject the notion that someone "earning" $500k a year is more deserving of that money than someone making $50k.

You lost me at "deserving." I don't understand what that has to do with anything. Putting "earning" in quotes is also pretty icky. You're making a thousand character judgments about people you don't know based on what they may or may not spend money on, and only because they have more than others. You don't know what they spend on philanthropy or if they're moral people.

You don't get to dictate how other people spend their money. 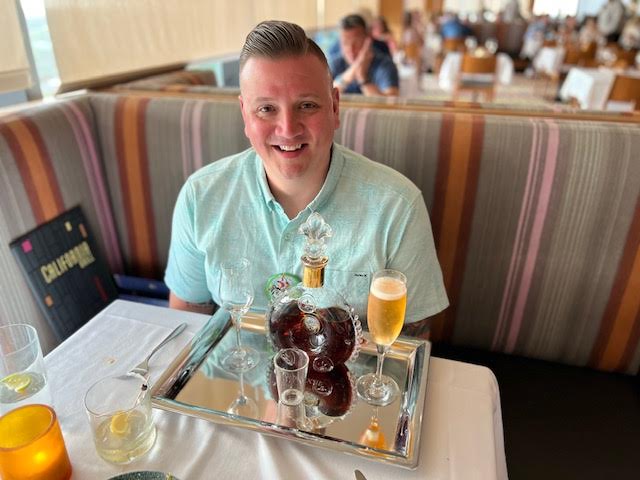 At the risk of completely derailing things, the question to me isn't what they choose to spend their money on, but whether anyone should be making that much (in this case, I'm talking about the 0.1%, not someone who scrimped and saved for a once-in-a-lifetime splurge) in the first place. I know we've beaten this dead horse already...

That anyone makes that much does not affect me, and it probably doesn't affect you either. Why spend time hating on them?

That’s what I was really getting at. I did not say that rich people were bad. But I also don’t believe that the work a hedge fund manager does is worth exponentially more than a fire fighter.

I also never said the rich couldn’t spend the money on the experience, just that I thought it was a waste of money.

It affects my community and people I care about. The insane and still rising cost of housing in the Bay (which, as a property owner, I should be in favor of, but as a concerned citizen is absolutely crippling for the community) is directly a result of the large wages in the tech industry, coupled with NIMBY property owners who "want" affordable housing but will oppose any attempts to create it. The fact that every May is a slot machine of "which of my kids' friends and which of my church people are moving out of the area because it's too expensive" is a real issue.

Not to mention membership in unions and access to pensions has cratered while corporate profits have soared.

The argument that we shouldn’t care unless something directly involves us means that we shouldn’t fight for LGBTQ rights, access to elections, Women’s rights, or any other number of issues unless we are in that group.

None of those issues have anything to do with that fact that someone can buy a $5,000 drink. You started by arguing excess and opulence. Now you're arguing inequality and pensions.

Income inequality does have consequences, yes, and we've got thousands of years of history and anthropology to prove that out. But that's not where these arguments start, and people like Bernie Sanders fan the flames. They make it about the people and corporations being wrong and immoral. That's BS. That may be a symptom of the problem, but that's not the disease. The disease is that we as a society don't believe that eating, housing and healthcare are human rights. The truth is that we can have those things and have super rich people. The two are not mutually exclusive, no matter what Bernie says. We could move a lot closer to resolving that if we stopped identifying the rich people as the cause, because even people who aren't rich don't want you to "take" anything from anyone.