A 16-year-old boy working as a lifeguard at Six Flags Splashtown was told not to return to work after getting his ears pierced. The boy says the HR person indicated that only female employees could have earrings.

Meh. It’s a private employer. I don’t particularly care either way, but I think Six Flags has a right to enforce grooming an appearance standards.

So long as those standards comply with Title VII of the Civil Rights Act of 1964...

And in this case it does.

And it is legal to have gender specific dress codes.

No, that's the point... it hasn't been legally tested, and it probably isn't legal. That's why the HR people are already talking about it. There will be a day of reckoning for this where they'll have to deal with it.

Waiting for a case where a man is prohibited from having facial hair according to the company's standard and, in his defense, he cites Brenda in accounting and her lax waxing regiment.

Or women lifeguards who don't want to have to wear a top.

If that's the tradeoff then let the kid wear his earrings.

"Jamieson says the store where he got the piercings told him not to remove them for another five weeks.
He says he will then be allowed back at work."

How to you get fired yet be allowed back after 5 weeks? Sign. Me. Up.
This is a case of where management heard about the earing and can't let an employee near open water for fear of infection or blood in the water. Mom needs to stop believing her 16 year old son.

1) Six Flags just took over this park over the winter, so it's possible that this isn't necessarily a Six Flags policy and that this will be sorted out as such. Anyone know if dudes with earrings exist at other Six Flags parks (or since 1997?)

b) Wasn't Hooters sued by some guy that wanted to dress in short shorts and be a waiter? As I recall his lawsuit was dismissed. This may fall along the same lines. There's a dress code for women and for men, they might not be the same, but as long as there are grooming standards adhered to for both it's not discriminatory.

I’ve got a friend that is an EEO case manager in Chicago, asked him their take on something like this.

The reason there’s been no challenge that went anywhere is because there’s no law this violated. No judge is going to strike down Title VII because the law is fine under the constitution. He said this would need to fall under legislation defining more protected classes or more narrowly defining dress and grooming standards and that this policy, in a right to work state, isn’t something that breaks the law as it is currently written.

They don’t consider this to be gender discrimination, especially since he was given the option to take the earrings out and continue to work.

The HR people I know would disagree. It has nothing to do with Title VII, because it isn't gender discrimination for the purpose of hiring. Enforcing dress codes on gender stereotypes is the next frontier to fall. It's already been challenged in more extreme situations, which is why some breastaurants hire "performers" instead of servers.

If we forced women to wear skirts at my office job, I guarantee we'd be in trouble. And also a ****ty place to work.

The EEO guy with a law degree disagrees with your HR friends. So we both have third party opinions to base our opinions on.

Its all hearsay so none of it is admissible anyway.

hiws that different then chest thumping with someone else’s HR job?

What law do you and your HR peeps feel is being broken here? I’d like to hear your legal opinion based on that.

I think Brian summed it up best; it's legal and dumb at the same time. It was just last year (yes?) that Cedar Point started to allow more tattoos, piercings, etc. Egads!

I can't imagine being an HR person explaining this rule to this kid with a straight face, but to each their own, and the wise thing for Six Flags to do would be to publicly announce its stupidity and offer the kid his job back along with back-pay; Case closed and face saved.

I hear Cedar Fair just purchased a tiny water park in Texas that might welcome this kids' cross-dressing.

Today, earrings....tomorrow it will be sideburns. 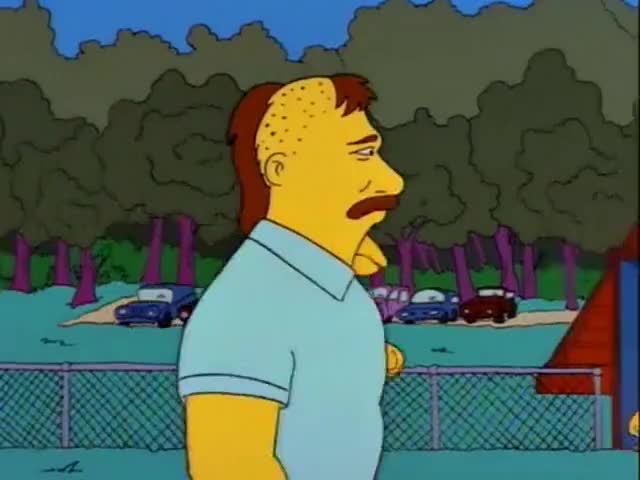 Exactly. Do I agree with it? No. Honestly I couldn’t care less and I think there’s more to this particular story than what’s been said.

Is it legal? If not, what law needs to be challenged?

in the grand scheme, it’s not that big of a deal when there are other more important stuff to be upset about.

I feel like it is currently less a question of legality and more a question of workplace dynamics. Are there a dozen people ready to take this guy's job even with this dress code policy? I don't know anything about the San Antonio job market, but if there were enough other seasonal jobs that did allow men to wear earrings, this park would have a more difficult time with staffing. Is this policy something the company is willing to possibly lose employees over?

Maybe it's because I work in software, but most companies I see are trying to be better workplaces than others in the industry (or at least not in the bottom half) so as to attract the best talent.

I sing sometimes for the war that I fight, 'cause every tool is a weapon, if you hold it right. -Ani Difranco
+2Loading

I’m still stuck on the idea that bloodborne pathogens in young men would be different than in young women.

Dont most women get their ears pierced way before the age of 16? Has a women been "fired" from there for having freshly pierced ears also?