The inability from ANYONE participating in this thread to specifically and succinctly state *THIS (magic intervention)* will work to thwart Omicron is eye-opening.

Seems like pretty black and white thinking to me.

I have no real desire to debate policy with you, but don't just make things up.

There’s nothing made up.

Apologies - I take my comment back. I may have been in a mood, and seeing Sweden proposed as a success story - which may not have been what you were saying - triggered a hasty response.

I sincerely appreciate you answering. And everything that follows is not directed at you…but more directed at a general frustration I’m feeling for our (mostly Nevada) leaders this very second…

I’d opine that if New York City is what a “non-zero-amount” of helping looks like… I wonder what zero help looks like? 😂 It bet it is like that time I ran over a bumble bee with my truck and it helped slow my truck down some non-zero-amount…

Anyhow…I’m off my NPI soapbox for now. Two hours after I found out I need to work my healthcare job…plus overtime…regardless of my own symptoms…they shut my kids school down for 5 days…due to a Covid-related teacher shortage.

It was a lot better back when we were “all in this together!”

But the shutdown doesn’t start until Friday. The casinos are still open, etc. You still have to mask up unless you’re smoking…😏

But I’m sure kids and teachers staying home will help some “non-zero-amount!!”

I assume by "staying home" you mean remote instruction. I don't know what the solution is to keep schools open but staffing issues are certainly a concern. Our district was remote last week because of a shortage of bus drivers. And trust me, no educator in their right mind is pushing for remote instruction. However, remote instruction is better than completely unstaffed classrooms because there are no subs.

Luckily, our state just changed quarantine guidelines to match the CDC guidelines so positive folks are only out a week instead of almost two weeks. I do find it interesting how guidance from states are all over the place.

So when are we done? What is the endgame? When does risk become acceptable? When are we just "living with COVID"? At what point am I unable to distinguish my day-to-day from the same in 2019? What will it take for someone (anyone, all of you, one of you, some of you, you personally, whatever) to say, "Call it."

Because politicians saying when things are over has worked so often in the past. 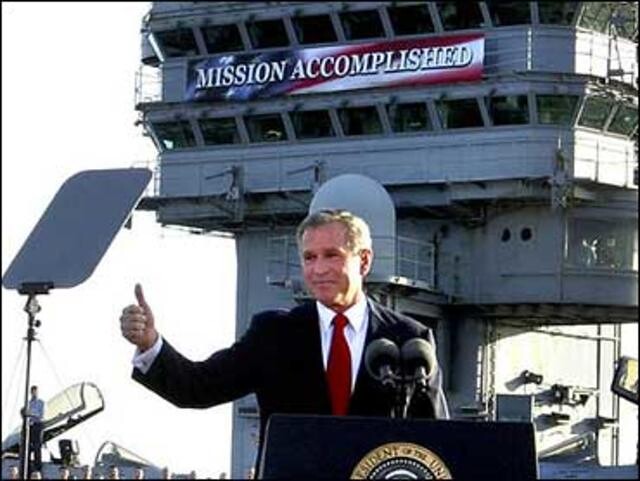 I can't tap you on the shoulder if you are not in the same room with me, so yes, keeping kids home prevents the spread of Covid. It's basic, common sense.

It sucks for the kids, and disrupts the norm, but it works.

Same with masks. Same with social distancing. Same with drive-thru only. Ect. Going beyond that understanding to try desperately to explain why it isn't true because you want to suggest between the lines of some kind of nonferrous plan to- I don't know what- "control people?" or whatever, is insanity.

And if you want it so desperately to be political, there is a party of common sense, and a party of conspiracy theorists.

Purely speculative article from ABC News that I want to share for accountability's sake:

“It’s going to come down as fast as it went up,” said Ali Mokdad, a professor of health metrics sciences at the University of Washington in Seattle.

The University of Washington's own highly influential model projects that the number of daily reported cases in the U.S. will crest at 1.2 million by Jan. 19 and will then fall sharply “simply because everybody who could be infected will be infected,” according to Mokdad.

In fact, he said, by the university's complex calculations, the true number of new daily infections in the U.S. — an estimate that includes people who were never tested — has already peaked, hitting 6 million on Jan. 6.

“There are still a lot of people who will get infected as we descend the slope on the backside,” said Lauren Ancel Meyers, director of the University of Texas COVID-19 Modeling Consortium, which predicts that reported cases will peak within the week.

And if you want it so desperately to be political, there is a party of common sense, and a party of conspiracy theorists.

While it’s terrifying to realize that enough people bought into a conspiracy theory that a cadre of them chose to storm the Capitol building, these generalizations are ridiculous. Playing party-vs.-party is such a losing battle. It furthers division and it’s all too easy to spin the argument around.

I wouldn’t call either party a party of common sense because common-sense policies have come from both sides. The challenge is that what you define as common sense really depends on where you move your own priority slider. I’m going way back in the discussion here, but I still don’t know that there’s an objectively right answer as to which approach is the most common sense. It’s only getting trickier as the behavior of the virus changes. Now we’re mainly battling a variant that is hitting people at an alarming rate regardless of vaccination status. It raises a lot of questions on how we should be adjusting mitigation protocols to compensate, and whether some are even effective right now.

Sorry for going off on a bit of a tangent there. Just some things I’ve been thinking through lately.

A very wise and logical man once said “The needs of the many outweigh the needs of the few, or the 2.25%...” I think I’m somewhat close on that quote.

Jeff said “This is exciting news, from a small study started in late 2020, that shows potential for vaccines that target the internal proteins of all coronaviruses, not just Covid, but those that cause common colds. That would be pretty amazing if they can make it work.”

Interesting. But I thought the common cold was caused by rhinovirus?

There isn't one cause, but similar symptoms. I mean, Covid could look like a cold in some people. This is pre-pandemic, but here are some specific coronaviruses that cause colds. So yeah, a vaccine that could block these and Covid? That would be great.

And if you want it so desperately to be political,

You might be confusing the cause. I’m just observing reality. It shouldn’t be political. It obviously is. There are pockets of society in this country for which the pandemic barely began precisely because their political leaders acted differently.

Part of my disconnect with many on this board seems to be practical in nature. You appear to see the world as you want it to be. I see current New York City for what it is, etc.

The questions were asked… When does the pandemic end? When can we go back to normal?

I merely respond with the blunt truth. Those are political choices. My kids will only go back to school once the politicians let them. Across the river in Arizona, their politicians won’t send their kids home.

The University of Washington's own highly influential model projects that the number of daily reported cases in the U.S. will crest at 1.2 million by Jan. 19 and will then fall sharply “simply because everybody who could be infected will be infected,” according to Mokdad.

It’s the vaccine we always wanted.

Here’s an idea. How about we let symptom-free EVERYONE keep working too…?

A few pages back someone (paraphrased) asked… When do we just start ignoring the Covid+ diagnoses?

I’d opine we are probably already a week or two past that being sound policy…given we know we can’t stop it anyhow (or should know).

Just tossing out a statistic as some parents worry about sending their child to school without a spacesuit on:

There are roughly 73 million humans 18 and under in this country.

All I heard on my nerdy talk radio this morning was how we need to go remote to protect the children, because pediatric covid-cases are at an all time high. Mind you, this argument was not about bus driver shortages, teacher shortages, etc...it was about protecting our tiny people from covid-19 because of skyrocketing pediatric covid-19 hospitalizations.

And it's not a lie. Pediatric Covid-19 hospitalizations are at an all time high. I'm a parent of a 14 and 10 year old. What to do?

Any guesses as to what that all-time high is?

Put another way, there are about 14,000 school districts in the United States, which means that, generally speaking, about 1 out of every 3 school districts might have roughly 1 kid unlucky enough to end up in a pediatric unit with Covid complications.

To Gonch's recent article...now that I have had a chance to revise the script, my daily spreadsheet is running again, and it's very interesting to see what the graph of new cases is doing here in Ohio.
First of all, the new case numbers have been smashing records, with the most recent new case peak at 29,999 new cases reported on 1/3. Coincidentally the first Monday after a holiday, so there is certainly some reporting bias there. Interestingly, the new hospitalization numbers are indeed "up", but are still well *below* where they were in November of 2020 on a daily basis. The graph does show cause for concern, though, because in November 2020 there was a rapid peak in hospital admissions in the month of November, while right now we're dealing with lower daily numbers, but over a much more sustained trend, let's say from about mid-July when the "delta surge" started. It's also worth noting that the death rate is following a curve that looks a lot like the hospitalization rate, but is actually running at a *significantly* lower rate now than it was in November 2020. Obviously we're getting better at treating this thing, which means I am lucky I caught it when I did.

What I find very interesting right now is the new case numbers. We went from <10k/day two weeks before Christmas, to 15k/day the week before, 25k/day the week after, and peaked at 30k right after the new year. Since then the new case numbers have fallen off a cliff, although I expect the numbers to build over the next few days (I'm working with the State's onset-adjusted numbers). This is suggesting to me that a lot of this case surge we're seeing is testing-driven, that a lot of these people probably would not even know that they are sick had they not been tested, and on the one hand I suspect that means the undercount is probably a lot smaller than normal at the moment, on the other hand, as we get out of the holiday-and-back-to-school season we will see the reported case numbers drop suddenly just because testing rates are going to get back to "normal".

Omicron brings with it 91% less risk of death.

**No patients with Omicron in the study needed ventilators

**For Omicron, 90% of patients were expected to be discharged from the hospital in three days or less

Good thing that there will be a vaccination for Omicron by March; just in time for the Upsilon variant.

For the Encanto fans...