AbsoF*ckinlutely not. Do. Not. Do.

Larson loops for everyone!!

And both stocks jumped earlier in the day, but are back closer to their open price than their high for the day.

I suppose if, and that's a big if, this were to happen, it would be interesting to see which company the post purchase giant ends up looking more like. The culture and atmosphere of both chains are pretty different.

I like the clean and (mostly) efficiently run atmosphere of Cedar Fair parks. But I also like the idea of coasters staying open in more than three or four drops of rain and some of the stuff Six Flags has built over the years is pretty cool.

I like having both and I really hope this turns out to be nothing more than a knee jerk reaction to a wild rumor, or perhaps a sale of one or two smaller parks from one to the other.

At the end of the day, I just can't imagine Cedar Point under the Six Flags umbrella. But a Cedar Fair owned and operated Magic Mountain wouldn't bother me.

Man that would really suck.

This kind of consolidation would be...something.

You'd have pretty much one company owning almost all the major regional parks coast-to-coast.

I, for one, look forward to visiting Six Flags Over Doswell. 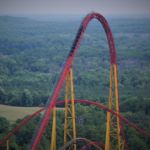 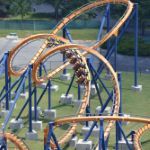 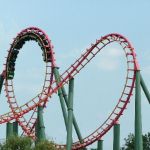 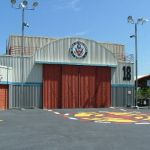 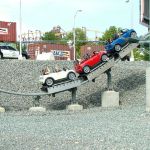 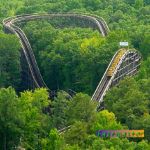 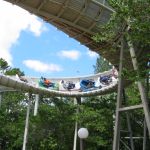 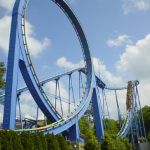 They're really just interested in buying it all so they can reopen Geauga Lake.

Looking past the pure absurdity of this, there's no way SEC allows the merge without selling off some property.

So which Ohio park gets to be Six Flags Ohio?

And Vater, not one of those is named Goliath. C'mon now.

So which Ohio park gets to be Six Flags Ohio?

The one they're buying just to close. Duh.

Looking past the pure absurdity of this, there's no way SEC allows the merge without selling off some property.

I wish I could say you're right, but they've let a lot worse mergers happen.

This news honestly gives me a sick feeling in my stomach. These things have a way of happening once news leaks. As much as I'd like to have more places to use one pass, this would pretty much create a monopoly on regional amusement parks (exactly why yawetag's point should be correct, but I just don't have much faith in the SEC). The combined entity would have much more pricing power than they do now since there would be next to no competition. This would also be a reason they'd have more leeway to cut every corner in the book when times get rough. I sort of feel this could deal a damning blow to my love of parks as a hobby. I hope it does not happen.

Not to long ago Cedar Fair was in talks to buy Six Flags because Six Flags was broke!

Reuters just lost all credibility with me.....

It wouldn’t really be a monopoly. Even IF this happened, regional parks are often a monopsony when there aren’t other options close, which already applies to many of the regional parks. Remember, these are regional, so just because one company owns more parks in separate regions, these regional parks already don’t really ‘compete’ (and they’ll often be the first to tell you). And in markets where both companies have overlap, there are still other players in those markets. SoCal has Disney and Seas. The north east has a ton of other parks other than Dorney and SFGadv.

So it’s unlikely the SEC is going to say monopoly as most parks are already a monopsony and the ones that aren’t would still have local competition in said markets.

Reuters just lost all credibility with me.....

Unless you have better placed sources than Reuters, it sounds like the basis for your opinion is that you don’t like what they’re suggesting may happen. I don’t like it! Fake news!