In a sign of how jittery the nation has become about terrorism and gun violence, all three major Orlando theme parks on Thursday installed metal detectors at the front of their attractions. Walt Disney World would not say how long its metal detectors would be in place. SeaWorld said it had installed the devices as part of enhanced security for the holidays. Universal Orlando said it was testing using them as guests approach the theme parks.

No, they're not. There are no rights involved here to take.

• Americans are willing to trade away liberties for perceived security.

• Screening wastes time, resources and money, and accomplishes nothing.

I have the right to install a metal detector at my front door. Or I can hang one of those "gun free zone" signs. My house, my rules.

I haven't taken away your freedom. You can decline the invitation to my non-denominational *holiday* party and call yourself a patriot for doing so.

Then you can shoot through my front window into my heathen party and send me to hell where I belong.

See. to me, it's not about anything being taken away; it's about something being surrendered. Insert Ben Franklin security/liberty quote here.

On the subject of security theatre... 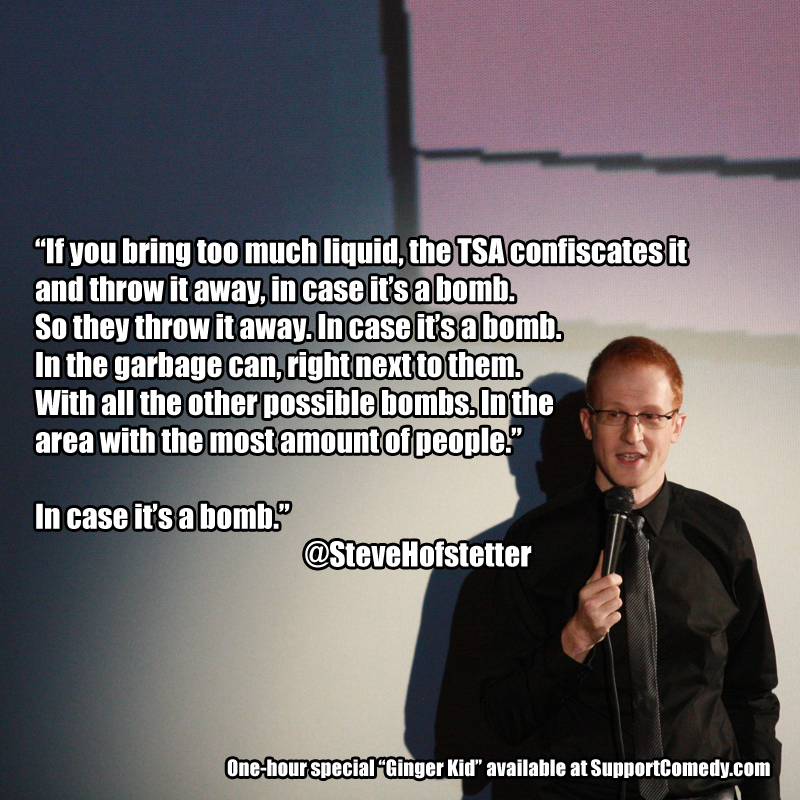 Just got back from 6 days at Disney. I'm glad I got out of dodge when I did because the crowds were getting crazy. The metal detectors were there but didn't seem to cause much inconvenience. Each park had about 3 of them each. They would pull people randomly to go through. I was lucky to get selected twice. It seemed whenever they had one free they would grab the first person they saw. The company is CSC. I was talking to one of their employees who stated they had just rolled it out that week and said after a trial period they are going to start screening everyone. When I told him that was going to be a nightmare he advised it wouldn't because they have experience doing security large venues. Some of their employees did look sketchy but that was purely a personal observation based on looks. I don't think it's going to be as easy as he claims it is going to be. I personally don't have problems with them but as someone said if somebody really wants to get something in they will.

Air travel already offers you the ability to pay more to avoid the worst of the waits at security *and* be subject to lower-intensity security checks---PreCheck and Global Entry, among others.

On a separate note, I've now used Global Entry/TSApre multiple times over the past two years and it is worth every penny. Even if you travel only a few times a year, if you can spare the $85 (or get your company to pay for it), TSApre is well worth the cost. I don't think I've waited more than 5 minutes to pass through security/passport control once since I was approved to the program.

When I told him that was going to be a nightmare he advised it wouldn't because they have experience doing security large venues. Some of their employees did look sketchy but that was purely a personal observation based on looks. I don't think it's going to be as easy as he claims it is going to be.

Having attended several NFL, NHL and MLB games in the past year (all now screen all fans at entry with metal detectors/wands), I disagree.

If an NFL stadium can get 80,000 fans screened and in their seats in a relatively small window (game time is game time), I'm confident that WDW will take the operation over at one point in-house, and I'd bet screening wait times will be close to the same that you experience now. Especially considering that park guests arrive throughout the day (with some "burst" periods of course).

WDW is no dummy to the importance of a positive arrival experience and I'm sure they will find a way to move guests through reasonably quickly.

SeaWorld Orlando is forcing everyone entering the park today through a row of 9 metal detectors. The line was almost an hour long to just enter the area to purchase tickets. Lots of unhappy people... Lots of people leaving verse waiting in this mess. The park itself is busy but not as busy as I have seen it in the past on NYE.

Decided to hang out in the new pass holder lounge and relax after the hour long wait in the unending security line.