You know how we frequently discuss how the demand and sheer love to work at Disney keeps demand high and wages low? This story. Dude worked for the company for 25 years. I can't even imagine that.

Maybe he gets into it more in the AMA that I don't have time to read right now, but I'm curious how he thinks getting canned for "dragging" another pissed off employee across a floor makes him a whistle blower. Maybe his bad legal advice had something to do with that.

That was a pretty fascinating story. And there's thousands of employees out there just as loyal as him.

I don't know, making his complicated story short seems to have left out pertinent details. Like why a 20-year veteran would think it's okay to drag cast members around on the ground, or what a "sort of" whistle blower is.

Right? It's one of those HR things where you'll never hear the complete story. Although, did you see the linked picture of him in costume without the mask? My understanding is that alone is a fireable offense, because they never want anyone to break the magic.

Pretty sure posting on social media partially out of costume likewise gets you asked to leave.

How many people can say that about anything after 25 years? Pretty remarkable.

"I loved every single minute while on set (for the most part) and some of my co-workers will be friends for life. You get out of it what you put into it."

In a job like this (and many others) the individual defines the value for himself. It's fair to assume this guy isn't driven by money or traditional corporate employment perks but rather by other intrinsic benefits. Helping people have fun. Putting a smile on the face of a sick kid. Co-workers who share similar values. Not sitting behind a computer all day. Sometimes we can be a little overeager to cast negative judgement on people who pursue these vocations, perhaps because we don't understand them or perhaps in defense of our own choices.

Are there trade-offs to working as Goofy? Yes, enormous ones. There are huge trade-offs in every career. But whatever your job or life looks like if you can say you loved how you spent your time after 25 years I would argue you probably did the right thing for yourself.

Dude worked for the company for 25 years. I can't even imagine that.

My friend has worked for the mouse for a little over 25 years. And although his first job was as a costumed character, Goofy ironically, he is in a much higher position now.

I read the whole AMA, at least the parts that were presented in the link, not the hundreds of comments, and found it fascinating.

Dude worked for the company for 25 years. I can't even imagine that.

We've discussed this before, but there's nothing wrong with working for the same company long term. Different industries operate in different ways, as Jeff has pointed out in his industry. I too hope to close out the remaining 23.5 years of my career with the company I'm working for now, for a total of nearly 27 years. With the 14+ years at my previous job, that will mean I will have effectively had only 2 "real jobs" by the time I retire. Nothing wrong with stability if you like what you do, and have protection from being outsourced or replaced.

Being a Disney character, OTOH, is not one of those "stable" jobs. It is most likely a labor of love. Can't be easy, but obviously rewarding enough that this guy wanted to do it long term. I see no reason someone couldn't do it for 25 years, but you'd have to be happy at min wage, and without raises, becoming gradually poorer over the years due to inflation.

Labor of love type workers do it because they love it, despite the politics and the B.S. that come with it.

Ask a teacher. Or a cop.

I totally understand the guy in the story. It's been my lifelong dream to work the same job my entire life. If the job is enjoyable, as long as the bills get paid, why not work it for as long as possible?

I would think that working a low-wage, yet very enjoyable job would be something people who already have some kind of supplemental income could get away with.

It's one thing to work for the same employer in a career position for 25 years. It's a whole other thing to stay in a handful of entry level positions for 25 years. I've been with the same company for 19 years, but I would have lost my mind if I stayed in the same $9.00 per hour position I started in.

I never said there was anything wrong with working for the same company for many years, but if after 25 years you're dressing up like Goofy? I know, I'm being judgy here, I would just think that's not something the average person aspires to. Moving around in hourly positions around the theme parks for that long is a whole lot of lateral movement.

I appreciate what folks are saying here, but I'm just having trouble wrapping my mind around a devoted, happy 20+ year veteran being someone who thought it was okay to physically assault and drag across the floor a co-worker in sight to of, or nearly in sight of, guests, and possibly injuring a guest in the process? Makes me suspect he's perhaps not been the best employee, but also one who hasn't performed so terribly as to get fired.

Maybe he's happy being Goofy (and presumably other characters as well) for 20 years. My ex started as a host at one of the Epcot pavilions, moved to Live Entertainment as Goofy and the Queen and of Hearts, among others, within six years was doing face characters and was the official trainer on how to correctly speak like Bert from Mary Poppins. Based on admittedly anecdotal evidence, most people follow that career path at WDW: moving into positions of greater responsibility.

That's one aspect of the story I don't get. Were they horsing around or was he serious? At one point in the AMA he says characters are encouraged to horse around and be playful with each other. So throwing a typical Donald type temper tantrum over Goofy's signature on Donald's hat could be a scenario that lends itself to a playful, entertaining interchange.

So what exactly happened between the two of them? Did Donald get legitimately angry, start a real fight, and Goofy really dragged him across the floor? Or were they just acting silly, got a bit carried away, and lost track of their surroundings?

Either scenario has it's doubts. In the first, why did the actor playing Donald get so upset over the hats? And why did Goofy respond so seriously? In the Second, why did they get fired over an accident? It's unfortunate, but easy to see how in those giant costumes, something might go wrong. I don't see where a heartfelt apology, and a promise to have better situational awareness next time couldn't smooth things over with supervisors, regardless of how upset the parents might be.

I'll admit, I didn't dig too deep into the AMA because I'm old and get bored quickly.

To me, Donald getting upset over Goofy signing an autograph on Donald's hat could be an entertaining scenario. But I can't bring myself to think that dragging Donald across the floor, potentially damaging an expensive outfit, as a reasonable response.

A 20+ year professional shouldn't be responding by expressing anger by physical actions.

Some people are destined to work low paying jobs in the service industry for a long time. At Disney, it is easy to get in a rut thinking you may some day ascend to higher paying jobs just because of years of service. And, I have no doubt management feeds into that quite a bit...knowing that some of these people don't have the necessary skill set to advance. I saw that happen at Cedar Point...which was even worse because at least Disney considers most of these folks full time with benefits.

At Cedar Point the seasonal staff would work late into fall and start early in the spring, but not be there long enough to quality for benefits. It wasn't unusual to have young adults (or even older folks) working 7, 8, 9 or more seasons hoping that a full time position would materialize.

The "guy playing Donald" has either been there forever...or the Donald cast members are just generally asses because the Donald guys were pretty angry in nature when I worked there 20+ years ago.

To Jeff's original point though, there is no doubt the low wages at Disney are directly related to the relative ease of filling those positions...either with people willing to work full time for cheap just to be there...or with students who just want to get away from college for a break ala the College Program.

I never said there was anything wrong with working for the same company for many years, but if after 25 years you're dressing up like Goofy? I know, I'm being judgy here, I would just think that's not something the average person aspires to. Moving around in hourly positions around the theme parks for that long is a whole lot of lateral movement.

I think I understand your sentiment and would simply challenge the group to look at it from a different perspective. For example -- the average person aspires to be content and there are many different versions of what that looks like. Here's one. Yours might look different. With six billion people on the planet that's okay.

Sometimes when my mind wanders, I think about how a regular Joe might react if they happen to stumble onto this website and catch a thread in mid-conversation.

To me, Donald getting upset over Goofy signing an autograph on Donald's hat could be an entertaining scenario. But I can't bring myself to think that dragging Donald across the floor, potentially damaging an expensive outfit, as a reasonable response. 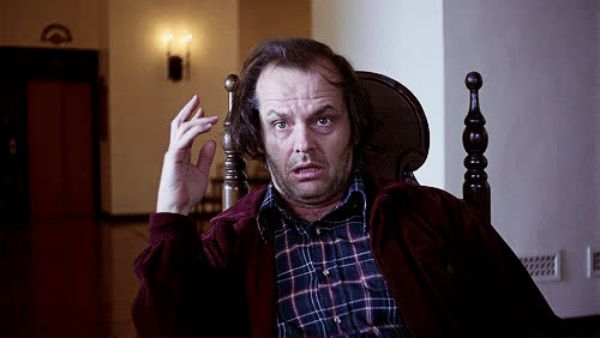 I suppose if you're one of those people destined to have a low paying job it may as well be a job playing Goofy. At least when people ask you what you do they might find your answer interesting instead of immediately deciding you must not be capable of anything better because being Goofy isn't a common job and most people probably have no clue what it does or does not pay. Unlike McDonald's, where people automatically know what you make and that you have "gone nowhere" in life if you've been there for years and aren't in management.

There are some people whose dream job is as a Disney costume character. To them, it doesn't really matter how much money they make, as long as they can afford a roof over their head, and food on the table.

I don't think anyone is disputing that. Just pointing out that it's pretty unusual.