A tourist was hospitalized Thursday morning after an accident on the Pirates of the Caribbean ride at Disney's Magic Kingdom. The tips of the man's ring finger and his pinky finger on his right hand were severed, according to Bo Jones, with the Reedy Creek Fire Department. Jones said the man was holding on to the outside of the boat during the ride.

There is a reason you're supposed to keep your hands inside the boat.

Yeah, people are idiots. I see it happen constantly (ditto on Small World, The Land and the Three Caballeros ride). No sympathy.

Slap a hook at the end of the finger and send him back into the ride, mount him to the floor, continue on with normal operation.

"It's kind of fun to do the impossible." - Walt Disney
+1Loading

I noticed most of the foreigners who visit the Disney parks, or any American tourist attraction in general, feel they are entitled to do whatever they want and not listen to directions.

Slap a hook at the end of the finger and send him back into the ride, mount him to the floor, continue on with normal operation. 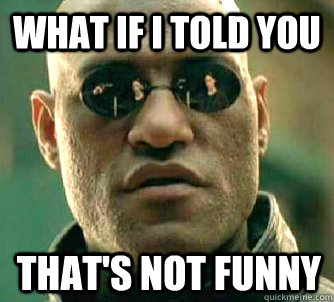 Maybe not, but how can you resist making some sort of pirate joke?

I know. I had to try really really hard not to crack a smile at that one. I made it, though.

Mostly I've noticed that all people at the theme parks turn off their brains. It's not limited to Florida.

I have this fantasy of the inevitable lawsuit in this case being decided by Judge Judy...

If we take this point literally, then I'm guessing there are two possibilities here. Either he had to be blatantly reaching down into the water toward the bottom of the boat to have been injured during the actual ride itself or if he were just nonchalantly holding on to the edge closer to the top it could have happened as the boat was leaving the launch or arriving back at the exit.

If the guy was literally holding on to the boat as the quote states, I can't imagine a point in the ride where it would even be possible unless his hand was also in the water. Am I missing a section where it could have happened?

There is an old saying in the business, (it was old when I got into it forty years ago) that the general public locks their brains in the car once they get to the park.

I'm still baffled on how the hell his fingertip ended up getting cut off.

Mostly I've noticed that all people at the theme parks turn off their brains. It's not limited to Florida.

Oh no... they check them at the front door of the airport... looong before they reach Orlando.

Some of them just chuck their brains in a closet before they even leave home, I think.

Rickrollercoaster said:
I'm still baffled on how the hell his fingertip ended up getting cut off.

I would guess he had his hand over the side of the boat, dangling in the water maybe, and got his fingers wedged between there and the side of the chute. You know, some people on rides like this feel the sudden need to put their hands in the water, either to splash people or who knows why? On Pirates and other float rides Disney does a good job of hiding the guide rails of the track, so while it's nice visually, it keeps these asses from knowing where potential pinch points might exist.

It could be worse. I remember during one of the first seasons of Mean Streak, a guy had his arm hanging over the side of his seat and when the train came in the station his hand caught between the train's running board and the station platform. As a result he lost several fingers. And as a result brushes were installed on the platform right where it starts to narrow to serve as a final warning I guess.

The most injuries at parks are caused by the riders. Well, unless the park has a bunch of Intamin rides, then it would be second most. :-)

I meant to ride it yesterday to pay more attention, but forgot. What I do remember is that there are potential pinch points at load and unload, and at the "drop," but I think most of it has a submerged trough.