Friday, October 26, 2007 11:06 AM
Fire wise, the Magic fire didn't start on Sunday during park hours, but during the week when the park was closed. While there, we did see the beginnings of the smoke roll in from the Malibu fires and some smoke coming in from fires further out to the north west. From the top of Goliath at 1:30 pm, we could see smoke coming from hills that were quite a distance away (the Castaic Lake area).
+0

Resurrecting an old thread, but saw a picture of SFMM yesterday with the ongoing fires. This is scary stuff (obviously not just for the amusement park). 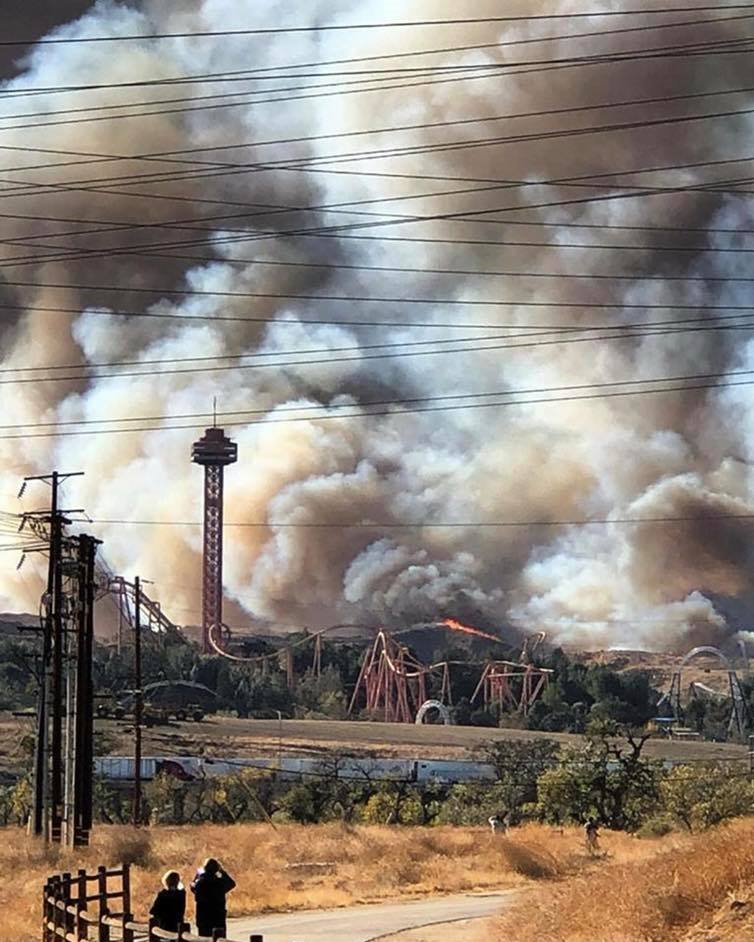 Not a pretty sight, but hopefully a depth perception "trick". The park currently is indicating on their website "no impact from the fires" and the park will open for Holiday in the Park this weekend.

Although I heard I-5 closed the other day so maybe there is an inadvertent impact, along with the other chaos created by these fires.

Good luck and stay safe all those out that way.

Fever I really enjoy the Simpsons. It's just a shame that I am starting to LOOK like Homer.
+1Loading

FWIW, when the NoCal fires were raging this fall, I smelled smoke and saw haze at my house in San Jose which is at least 1.5 hours from anything burning.

I just checked the fire maps and it looks like this fire butts right up against MM. :/

Apparently it stops at the road around the back of the park. It’s my understanding that the road is designed as a fire stop as there’s quite a bit of dead space around the road that isn’t flammable.