Universal Orlando Resort officials announced that on June 10, thrill-seekers will have the opportunity to soar 155 feet in the air and catapult up to 70 mph alongside a ferocious velociraptor pack on the Jurassic World VelociCoaster, Florida’s fastest and tallest launch coaster, located at the Islands of Adventure theme park.

Wonder if Busch will respond by opening Iron Gwazi a few days before....

We are going to be at Disney but not Universal that week (my kid is turning five and there's just not enough there for her) and I'm really pretty sad about it. Looks awesome.

Judging by Hagrid's opening problems/wait times, you're better off.

They "officially" opened Hagrid's when they should have "soft" opened. They've been cycling Jurrasicoaster trains for a couple of months and they'll likely soft open before June. It's not going to be without its issues but it seems they've learned their lesson.

I take my comments about it looking slow back. It’s running fast and cycling what looks to be the full rotation of trains at the moment.

Really hoping for some soft opens in May to avoid the summer crowds and heat. This is the most excited I've been for a new coaster since Steel Vengeance, and a new Orlando coaster since Mako.

There were test riders last night... I saw as many as 8 on a train.

Soft openings for pass holders begin next Sunday. That’s exactly one week after my wife and I leave our month long residence in central FL... Weds night it seemed like they were testing the whole shabang, music on the trains, show buildings, etc.

I got one of the reservations playing with the temperamental sign up page. I'm genuinely excited for this one.

Somehow, our Holiwood Nights tour had us scheduled at Universal on June 10th and 11th...sometimes it pays to be a psycho. HOPEFULLY, the months of testing and the virtual queue help keep us from wasting time waiting for an Intamin, on opening day, that runs like an Intamin usually does on opening days.

Apparently, a friend's manager coaster nerd buddy rode it, yesterday, and said it's easily top 10 out of 100's for him. Excited!

A few of my Universal friends rode it this week and they all have said the same in terms of it being one of the better coasters they have been on recently. So far hearing nothing but good things about it.

Wonder if Busch will respond by opening Iron Gwazi a few days before....

I hope the other Busch responds by opening Pantheon on the same day.

It's fun; even way up here in NE Ohio there are frequent commercials advertising the opening of VelociCoaster.

A quick review from me (after getting insanely lucky for pass holder previews happening the week I was in town for an already scheduled vacation): the first half of the ride was good. The launch wasn't super forceful but did the job. In the back I got a decent amount of airtime/hangtime from the inversions. The pacing of the ride was better than I was fearing but not quite to where I was hoping. The booster launch was also not particularly punchy. The top hat had some awesome airtime in the back, you got thrown down the hill. The zero-g stall was a little disappointing compared to Goliath (@ SFGAm) - I think it takes it too fast to get the split second of hang time you get on Goliath - but the roll over the lagoon was one of my favorite elements on any coaster. Even though I rode it this morning I'm having a hard time putting it into words: it had a little bit of airtime, a little bit of lateral forces and being a couple of feet from the water made it all the better. The queue and themeing is great too and definitely adds to the experience.

So overall I'm very happy with the ride. If you look online right now though at reviews, I think they're getting a little inflated by "FIRST!!1!" bias. I do have this coaster ranked in my top 10 (out of ~400) but I still think that coasters like Steel Vengeance/El Toro/Lightning Rod/Skyrush are better than it. Hopefully this doesn't come off as complaining, because it's not, it's an awesome ride, I'm just trying to give a level headed look.

I'm just trying to give a level headed look.


You do know this is the internet, right?

Took a half day from work today for my passholder preview ride. This thing is awesome. Instantly my new favorite Florida coaster. The zero g roll over the water is easily my favorite element, with the stall out a close second. Comfortable, fun, fantastic theming, and the passholder preview setup was a well oiled machine.

I look forward to more rides in the coming months as well as a night ride. This ride alone was worth the latest pass renewal, and I'd make an after work trip just for a ride on this. 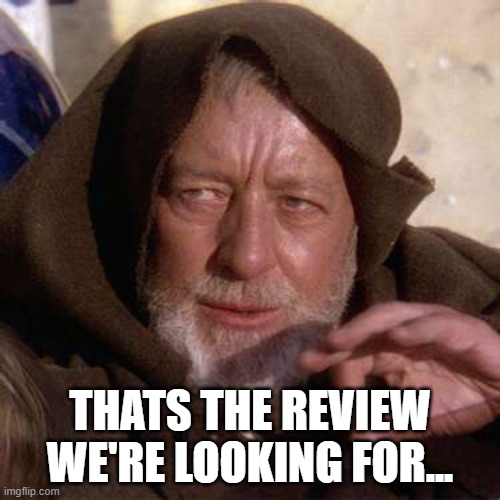