Sorry I forgot the quotation marks... "Chicawgo" (sic) is how he pronounces it. And even if I was unintentionally spelling it wrong, Siri was all over it.

I absolutely love attempts at inserting dialect while typing. No quotes required.

Anyway, I laughed. But I'm from Ahiya.

Especially when you're trying to save money to you can keep your house. Who needs GoFundMe? Just eat Little Caesars.

I don't plan on going to Michigan's adventure or any other park this summer thabto, and my situation is that dire. I used to go to the park every year, but the last time I visited was in 2012. (or whatever year gate Keeper was built at Cedar Point)

I have fibromyalgia, and I just recently found out I have Polycystic Kidney Disease. (If I spelled that right) So, I am slowly losing control of my legs, and have problems with pain in my back. So, I don't think riding a bumpy coaster like Mean Streak is going to do me much good. Though it doesn't mean that I don't want to.

Also, I only get $200.00 a month to live on from the state, so I don't have much to save. So, unlike the rest of you, there are a lot of things that I can't afford. But, it was certainly nice when I could afford it.

Haven't been to MiA yet this year, and I probably won't go. However, for an "Anniversary" year, this addition seems pretty fitting. Again, I haven't seen what it looks (or smells) like in person, but at first blush, it doesn't seem like a bad addition. (That doesn't mean I wouldn't have liked MiA to receive Knott's Screamin' Swing in addition, but whatevs... Anything above new woodchips at this park is a win! ;) )

The Petting Farm brings charm to the park. It would be nice to see more charm added to the park in the near future. Michigan's Adventure is lacking in the charm department. Have I said charm yet?

What an exciting time to be alive! As Cedar Fair makes it's announcements for it's improvements to it's parks for 2017, I can't help but wonder what new attraction is coming for Michigan's Adventure next year!

I can only imagine the exciting possibilities we could expect. Perhaps a new entrance gate and parking area for "Michigan's Adventure Shores"? Maybe even a Campground or Small Hotel on property?

You crack me up!

I'd offer my condolences but actually, I saw an announcement from your park.
From the press release:

"For the 2017 season- Still open and still profitable!"

In an effort to avoid TR posts I'm sad I missed the opportunity to comment on shade so here goes:

There's never a lack of shade when I'm at the park. I throw it freely.

The SHADE of it all.

I read through the first post about 100 times and could not find the "attraction" the title mentioned.

I assume this is from Geauga Lake...

Looks like nothing is coming from Geauga Lake. It appears they already have a funnel slide so adding another one there would be redundant. Maybe the chairs and cabanas will come from WWK. I'm sure this will draw a crowd and you will be parking mid-waterpark next year. 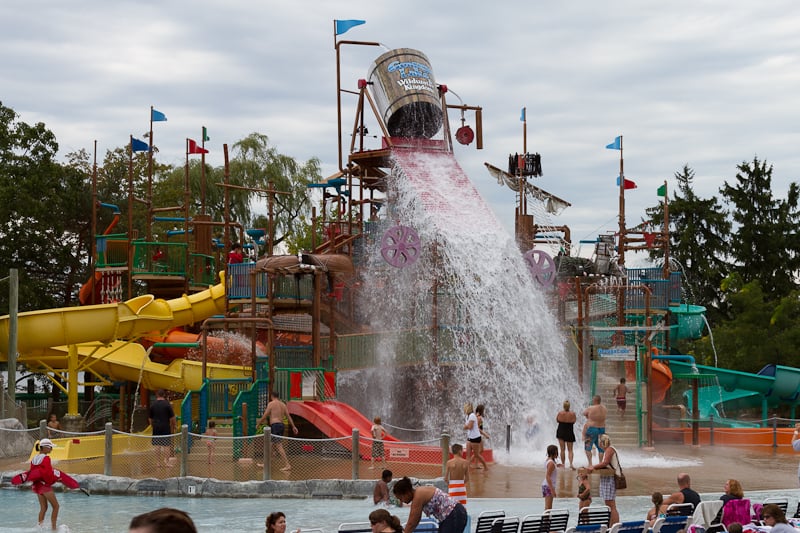 It'll be a family reunion with Thunderhawk.

The Land of Misfit Rides and Slides.

How would you like to be a Vekoma SLC with square wheels? Or an Intamin boat that can't stay afloat? Or a wave pool filled with jelly!