By this point in the trip, my legs hurt even with 1000mg of Ibuprofen, and as much as I enjoyed being in Japan, I was pretty ready to come home, sleep in my bed, and get some rest. But I'm glad we made the trip out to Cosmo World. As we got closer to the park, which is in a beautiful part of Yokohama, right on the river and across from an outcropping of Tokyo Bay. It had great lighting and a nice atmosphere. You can tell that people come to hang out on a Saturday night to have some drinks, ride some rides, and have a good time. My next time back to Japan, I'd like to spend an evening here. 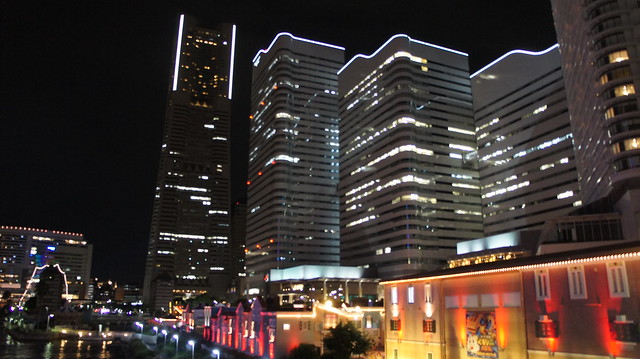 The skyline is dominated by a few buildings like Yokohama Tower, as well as the Cosmo Clock 21, formerly the world's tallest Ferris wheel (in a country filled to the brim with them). This would be our largest of the trip, as well as our last. The light package on it was spectacular! Video and photos do not do it justice. Once we found a ticket office, we got tickets for the main coaster and the ferris wheel, as the other coasters were closed, and we didn't really have time for any flats, though I would have liked to ride the log flume (complete with light package, but then again, every ride and building here had a light package). 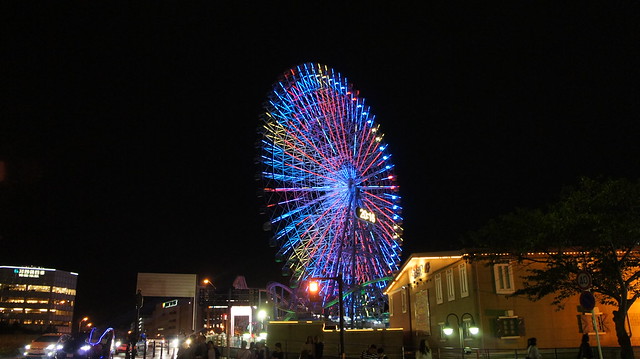 The wait was around 20 minutes and we had to blow in to a breathalizer to ride (I'm guessing theres a lot of drinking that goes on in the area as we smelled quite a few drunks in line for the Ferris wheel). Upon getting in and pulling down my shoulder harness...the seat belt from the harness to the seat wasn't long enough. I just knew I wasn't going to fit. Then, right about the time I looked up to say I wouldn't be riding to Isaac, the op came over with the extension. The OTSRs were really padded, and most Japanese people aren't my height. Score one for the team on the ride looking out for me though. 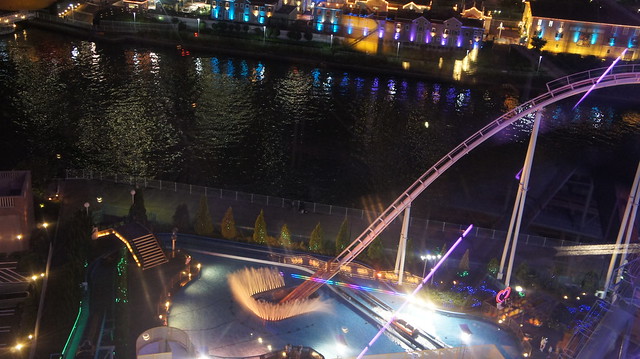 Diving Coaster Vanish- Once we dispatched, we swing around to the lift hill, and about 1/3 the way up, the coaster stopped. They made an announcement, and I looked back, and the guy that had given me the extension belt was shaking his head (trying to tell Isaac and it it wasn't us and everything would be fine). Of course we didn't understand much of the announcement. What I hadn't noticed was the ride op that had walked up the staircase beside me to the front row, where the 2 passengers there were filming on their phone, which is prohibited. The first drop was fun, then you swoop up and under the Ferris Wheel before diving down into the tunnel under the water, which was filled with LEDs. You come up and there are more hills and a helix at the far end of the park before you pop up into the brakes. It was a really fun ride, and its in a great setting.

We hurried over the 40 or so minute wait for the Ferris Wheel, which gave a decent 15 minute ride, which included amazing views of Yokohama, with Tokyo in the distance. There were SO many blinking red lights from the tops of buildings in Tokyo.

Once the Ferris Wheel ride was over we headed across the street to the station and took our last train back to Tsurumi Station, just down from our hotel. We got there, packed up for in the morning, and went to sleep. Saturday morning came as early as ever as we got everything together and headed down stairs to check out (and buy a gift for my mom), then walk to the station one last time to take our last couple of trains to Narita airport, about 90 minutes away. The morning actually flew by. We got to the airport, dropped our off, checked in for our flight, grabbed some snacks, had a chair massage, and made it to our gate right on time.

The flight back wasn't so bad either. It was slightly shorter, though our crew wasn't nearly as good. I slept a little during the first three hours. This time Isaac and I were sharing a row of only 2 seats, so I was able to not wear the shoes I'd brought which were too tight in the toe section, to give my toes a nice rest and ability to stretch out. I did watch a movie and type up several large sections of this report on the flight back.

We landed in Dallas around 7-8am Texas Time. Our first order of business after getting our luggage to switch over and going thru customs, was getting an American sized burger at TGIFridays. The burger was good, though the kitchen was slow. Our 2 hour flight back to CLT was noisy and annoying. The woman beside me needed 2 seats, but only had one, and decided to put her small son by the window as she sat in the middle beside me. Yay. I think everyone on the plan got up to go to the bathroom at least twice. And the crew seemed to have done 5 drink services on a 2 hour flight. Jeez. All I wanted to do was rest, but there was no rest for the weary on this flight. We landed in Charlotte before 4pm, got our stuff, got to the car, and headed home, where I crashed after about an hour for a good 15 hours of sleep. 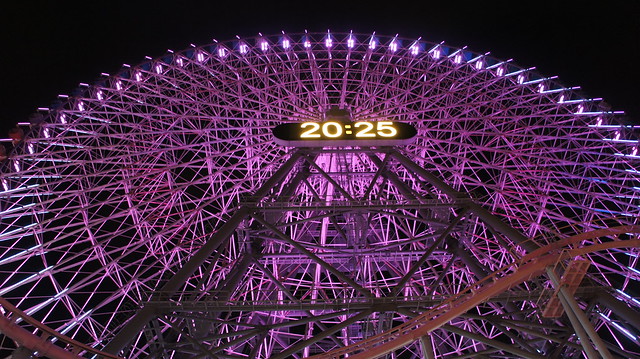 So was it worth it? Absolutely. Japan is wonderful, weird, beautiful, strange, and everything I thought it would be for the many years it took to plan. I will definitely go back, especially now that I've learned so much about how to make the trip more comfortable and successful. The culture is fairly welcoming and if you make small efforts to speak the language and understand, it seemed to make their day. There were some amazing parks, astounding beauty in Mt. Fuji, and great architecture, with atmosphere that can compete with the US's best cities (and I'm not talking about NYC). Each city we visited seemed to have it's own feel and flair. It was a great trip, and I'm thankful I was able to finally make it happen.

Here are some other photos from non coastering. 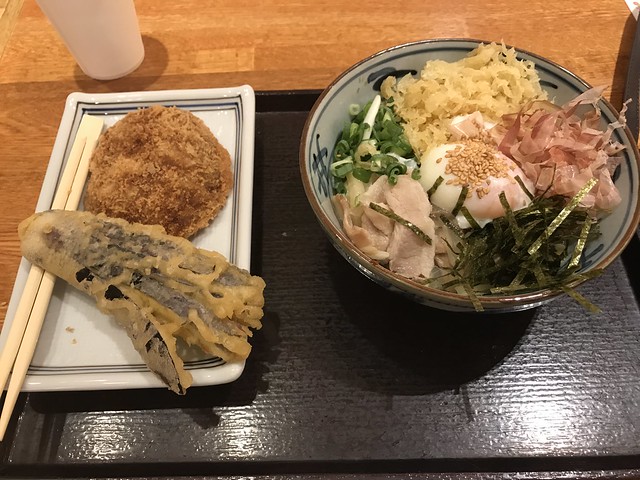 Back to the temple from day 1 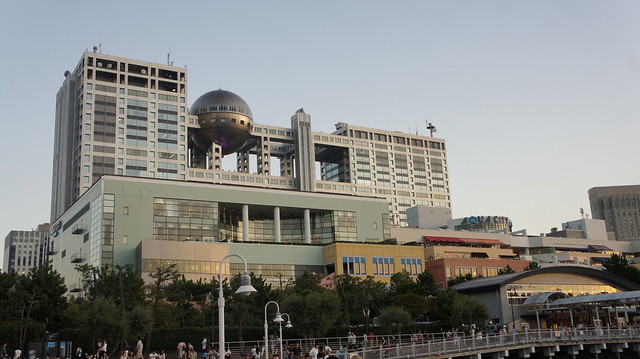 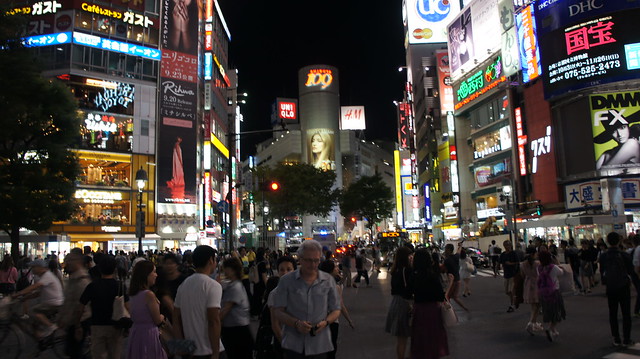 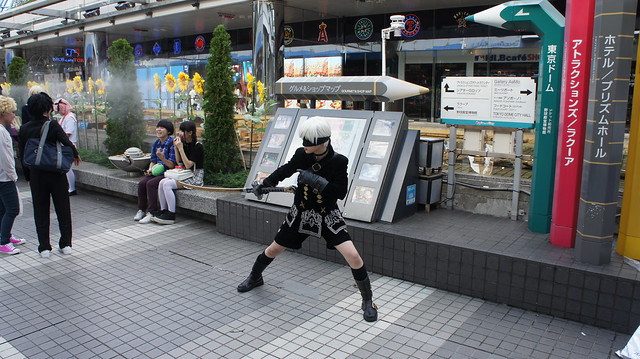 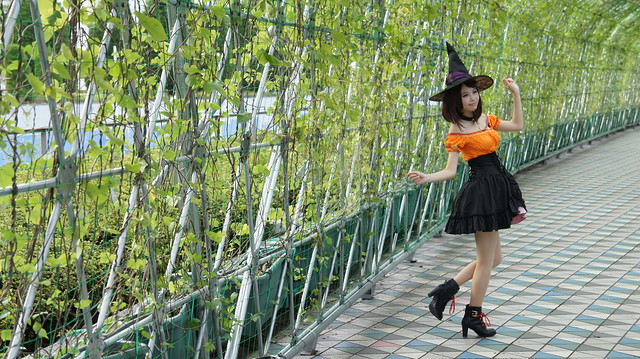 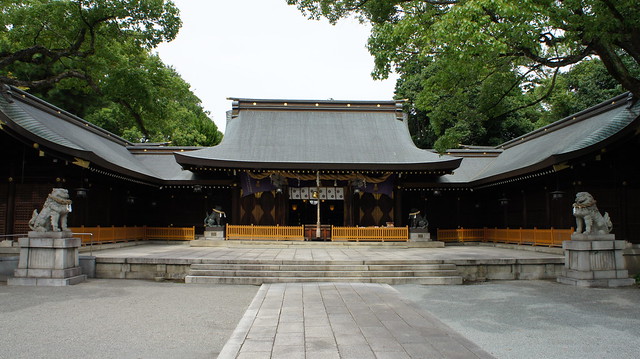 Random Shrine or something 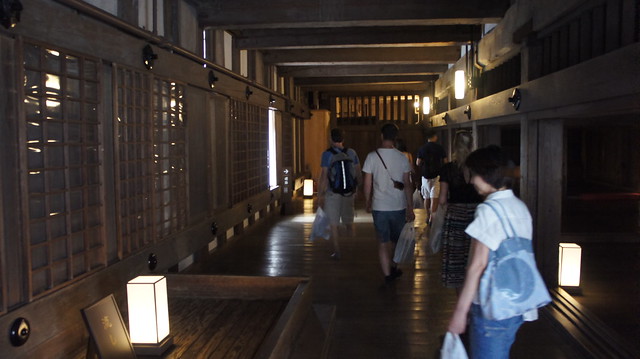 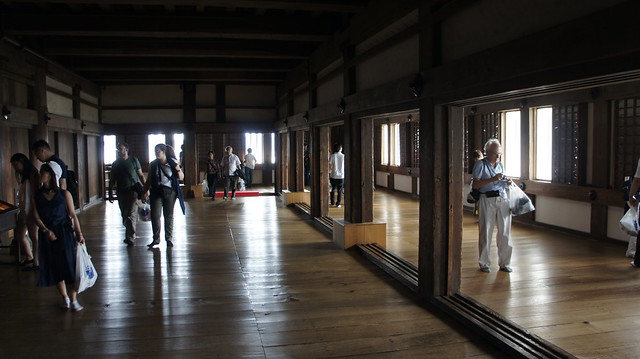 Thanks for reading along, like I said, the rest of it will be on my site (link below) this week, with several thousand photos on Flickr.