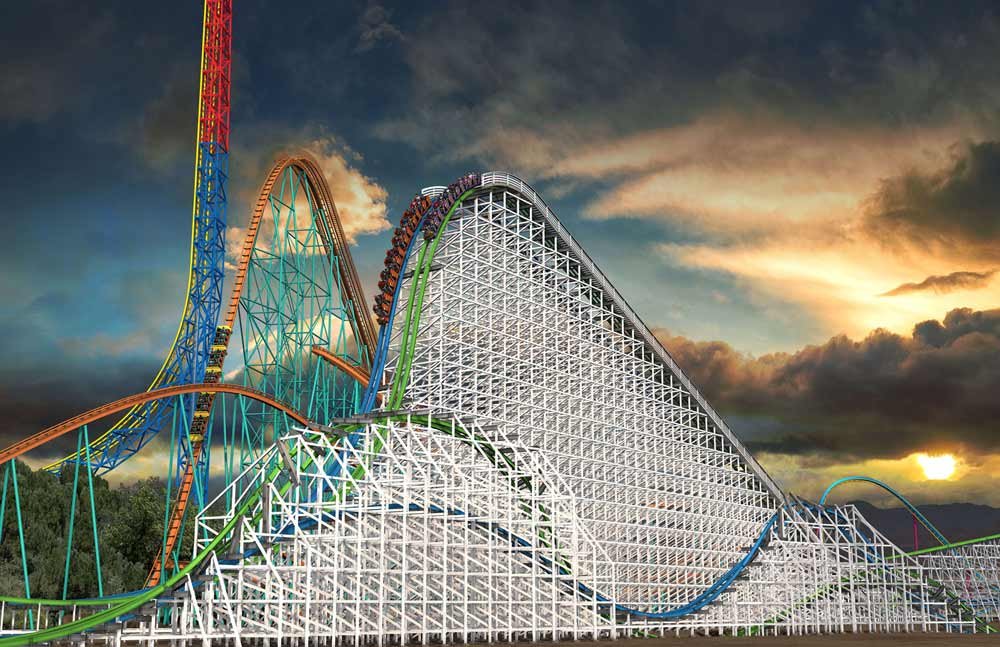 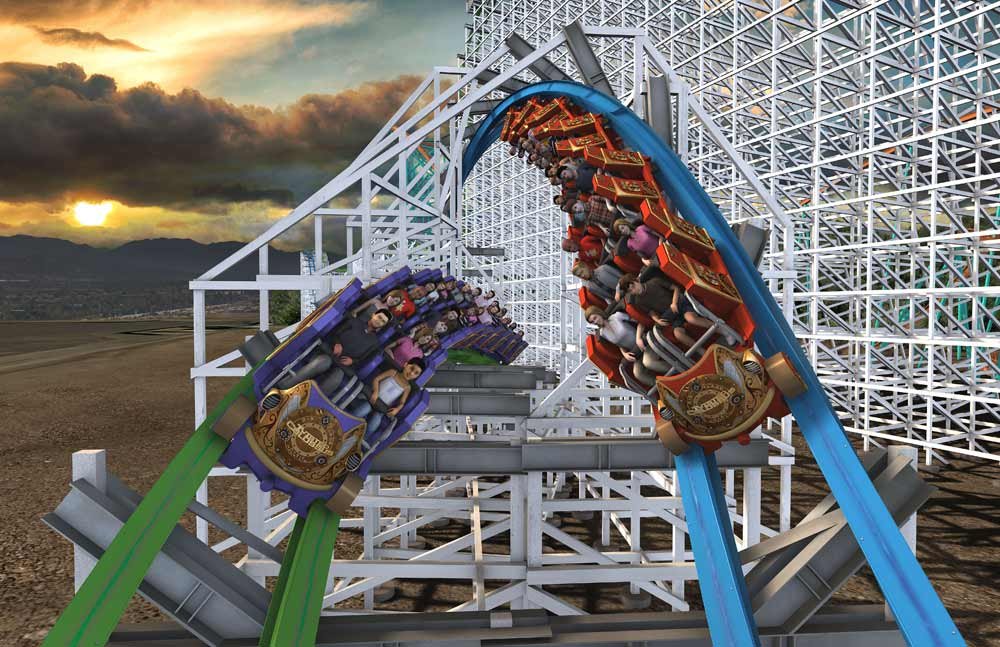 Very sweet! RMC is like the Dr. Seuss of the roller coaster world: very twisty and turn-y, no straight track. They definitely engineer more aggressive layouts than what is commonly seen, and I know this appeases the enthusiast crowd, but how about the GP? Are these rides general crowd pleasers, or are they a little too extreme for the average guest? I would love to see one of these come close to home--I'm looking at you, Mean Streak.

Everyone was raving about Goliath walking down the exit ramp at SFGam... They are hugely popular with the "GP" crowd. The only comment I heard about Goliath is that it was too short (which is true).

Right. And take what some would consider a risky move, Outlaw Run, at a park that's known for thrills alright, but also caters to the older demographic. I was wondering if that ride would be deemed too intense for little ol' SDC, but not so. Lines are long, everyone loves it, and you can see riders of all ages. It's a wonderful ride and a huge hit, although a tad short.

So... It seems this Twister Colossus is one continuous track, right? One station, two lifts, and dispatches timed perfectly so each ride is a duel? Anyone want to initiate a capacity discussion here? (I didn't think so...)

Seriously, this ride looks awesome, and a perfect "fix" for the old ride.

There is an interesting note on the facts page for Twisted Colossus:

So does Six Flags have exclusive rights to RMC's Iron Horse Track or are they just stating that Six Flags is the only park to currently use Iron Horse Track on a coaster. Both of the other non Six Flag coasters Outlaw Run and Wildfire use RMC's wood coaster track.

Recall that we started this discussion here:

Looks like they are turning this into a mobius coaster with only one loading platform. I wonder how likely the racing/dueling aspect actually is.

Well I would think they would have some system like Dueling Dragons had... Even if interval is not perfect, the lift would slow down for the "waiting" train until the dispatched one from the station catches up. At least, that is how you think it would be done. That way, they can be within a wider window to dispatch a train.

I'm not a pro when it comes to old Colossus knowledge...but was there a reason why they stopped racing the two coasters? Wikipedia mentions that it's a factor of a modification that was made.

I am excited that riders will get to go on both sides and still race. Let's see if Six Flags keeps up with the loading time.

I hope to get out there in the first 3 months of operation.

You know... while it's still racing.

How will we know what the first three months will be, though? It just said Spring 2015! I want to buy my plane tickets now, dangit! ;)

^Given L.A. traffic, you should have already flown out there!

Some video of Twisted Colossus testing courtesy of Planet Six:

Can you say AIRTIME?

Yeah, that's pretty intense. If it's that fast empty, what's it going to be like with people?

Wow. There's a reason these rides are being so well received. Can't wait to try this years offerings.

Please Jesus, let this be open on June 15th.

I love the pictures I've seen of the twisty track on the run out to the lift. Totally creative.