Monday morning was a late morning, and we needed it.Then we grabbed breakfast and headed up to Tokyo for some site seeing and attractions. First stop: LaQua. We went over to Tokyo Dome City and LaQua to see if Thunder Dolphin was running. The whole area was really nice. I had considered going to LaQua Onsen while here, but didn’t get a chance. We walked around and eventually got a ticket for the coaster.

Thunder Dolphin-As far as hyper coasters go, it was what everyone else has said. Good couple of drops, no major airtime, but a fun coaster, and it looks stunning. It gives a few good views as well. The hills really didn’t have much airtime, and the trick track was odd, but I liked it. I probably wouldn’t pay to ride it again, though.

We walked thru the area, where there were a ton of cosplayers all over, and over to the other rides section. We were going to ride the parachute drop, but the line was too long, so we had dinner at a burger joint in Tokyo Dome instead. Then we walked back thru the cosplayers, LaQua/Tokyo Dome City, and caught our next train down to the waterfront area to hit up Sega Joypolis. Once we arrived, though, we realized the area by Joypolis was a beautiful public park with a beach on Tokyo Bay, and gorgeous views of the Tokyo Skyline, the Rainbow Bridge, and other landmarks. We hung out and took photos while the sunset, soaking up the atmosphere. It was really a nice evening. 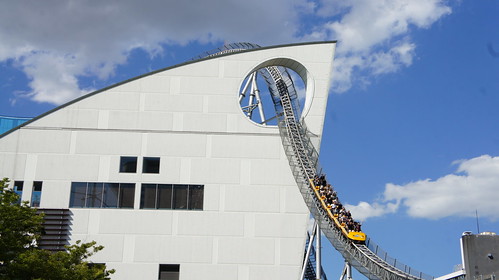 We headed in to Joypolis next. Because we were foreign tourists, they gave us 300¥ discount (Score!) for the entrance fee. Joypolis is basically a huge arcade with not only cabinet games, but large interactive mazes, unique 'flat ride' games, a roller coaster, and other crazy Japanese gaming attractions, with loud music, smoke, and lasers. I would have absolutely LOVED this place when I was a teen or in my early 20s. Not that I didn't like it now, but we were basically there for the coaster, although there was a neat looking half-pipe ride/game we'd have liked to try out, but unfortunately wait times were an issue. So instead, we headed to get in line for the credit and wait out the 30+ minute line. 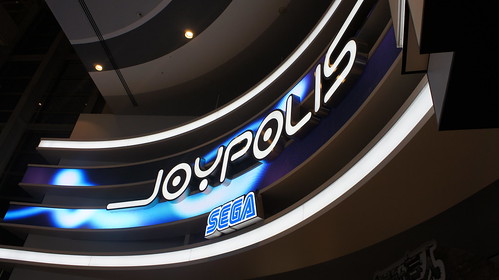 Gekion Live Coaster-This is the second coaster that Joypolis has had. It's been changed from when it was first installed, but currently the ride is a spinning coaster with a 'dark ride rhythm game' section, where you hit buttons in succession to the rhythm on screen from a boy band. After that section theres a blast of fog, a tire launch, and then your car starts spinning over and around the queue, then in to an inline twist (all while the car is spinning), then into a small room with the coaster layout with drops and turns before hitting the brakes. Overall it was a fun little coaster! I was apprehensive about spinning and inverting, but it really did work, and the launch was well done too. 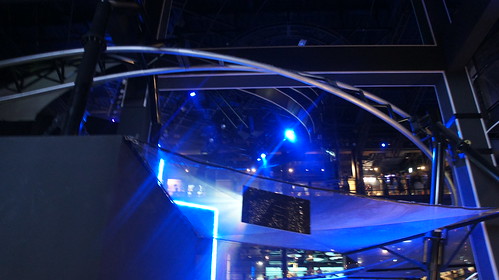 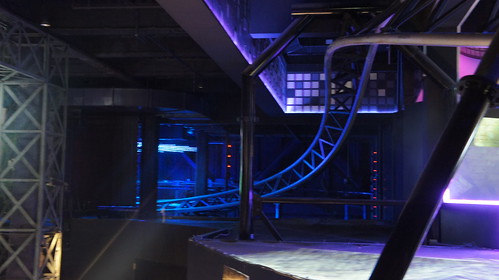 Japan Day 9 Tokyo & Shibuya 2017 by C. E. Beavers, on FlickrOnce we were done with Joypolis, we got back on a train and headed to world famous Shibuya Crossing, the busiest cross walk in the world, in the Shibuya shopping district. On the way to the station, we accidentally stumbled upon Ultra Tokyo (the EDM Music Festival), and I actually heard some of Steve Aoki’s set. Once we got to Shibua, We crossed a couple times, took pictures (and video), then went and found some dinner at a noodle shop (which had amazing food) before taking the metro back to our hotel.