Maybe we can get Cedar Point to build some of these rides:

Here is a link to the webpage:

And here I thought CoasterBuzz would be a refreshing haven from seeing this obviously faked video all over Facebook...at LEAST 15-16 separate posts, and I don't even see much on FB, relatively speaking. Yeah, they can call it a "mockumentary" but a lot of people think those rides are real, and I for one am sick of seeing it.

Right? Not sure how this got a second wind either. It's at least 18 months old.

I posted it to the Coasterimage Facebook page back in February of 2013.

Actually, it'd be interesting to look into how stuff is popular in waves like this. What exactly happens to make something hit the popular conscious of our little niche interest a second time, a year and a half later?

One of my Facebook friends posted a version of this video with the narrated parts edited out, so it just showed the rides. I'm fairly certain that he and several of the people who posted replies were under the impression that the rides were for real. o_O

I'm not sure I even get the point of the video other than the fact that it's a showcase for the special effects. I get the subtle humor, but I can't decide if it's too subtle or not subtle enough; either way the end result is that it's not really all that humorous.

It makes me a little sad that the Internet can be a big box of stupid. I mean, the good stuff is still there, but it would be nice if there was one corner of the world where you could avoid stupid entirely.

Jeff, the problem there is that everyone's stupid is different. Your stupid and my stupid may be two totally different things.

^^ I think you can replace "Internet" with "World" and it's just as true.

"This ride went up the hill and onto this flat section. You won't BELIEVE what happens next!"

I just thought it was funny. Searched but didn't see it in earlier posts, maybe I missed it.

This is the first time I've seen this surprisingly. The roller coaster click bait I see the most is the photoshopped Xcelerator with the person flying out. Facebook seems overun with these type of posts which is annoying but it is my 'friends' who are partaking in sharing or liking these which makes me sad...

I'm sheriff of this here rollercoaster.

But it's on the internet so it has to be true.

As a teacher, I'm a little saddened that even as we fall behind in content like math and science, we're also just plain terrible at basic critical thinking: What is a source you can trust? What kind of back of the envelope calculations can you do to see if something is reasonable? Where can you verify or disprove something that seems too X to be true? Can an internet quiz actually tell you anything meaningful? If your friend says it's true without citing a source, how much should you believe him/her? I'd actually much rather my kids be able to answer those questions than be able to solve a quadratic equation (though ideally the latter leads to the former).

About 4-6 weeks ago, "the algorithm" (or maybe there really is something to the concept of "going viral"? Hmmm) decided we needed to see SFFT's Batman: The Ride video dozens of times.

Looks like a pretty cool concept and all...but once or twice is PLENTY. Having it come to the top of my feed *every, single, blasted time* I go to FB....that's plain overkill. 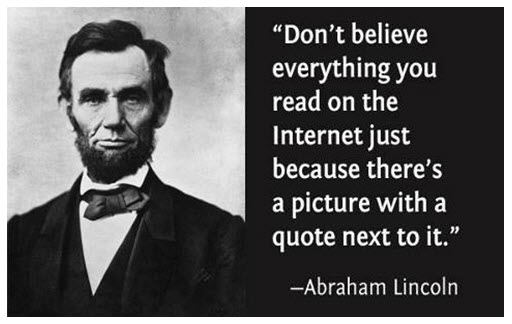 And this is just another perk of not having Facebook.

I'm Facebook-free as well.
Well, not entirely true. I did fake up an account, but just so I could join the carnival rides group.

Otherwise, I remain of the opinion that Facebook ruins lives.

Facebook works just fine if you curate your friends and likes. And ignores.

As long as you don't act like a douche and chose friends who don't act like douches, Facebook is awesome! I get all my news, entertainment, plus photos and updates from my friends and family all on one site. I keep up with old friends and make new friends occasionally. When people annoy me, I unfollow them; nobigdeal.

Sometimes I like to flip things around in the last half of my posts, if anyone has noticed... Anyways, I recently found an interesting article from Time that was posted on Facebook written by comedian Patton Ozwalt. He told of how he unplugged from Facebook for three months. It's a pretty interesting read.

Curating and giving permissions on something that really didn't enhance my life and took too much time I could devote to actually being with said people, for me personally, ended up not being worth it.

And i still, as I always have, keep up with the people I want to.

There was just too much noise in FB and it takes too much maintenance to keep that noise down.