The Gravity Group, which installed 600 feet of its new engineered precut track on the park’s Racer roller coaster last winter, is breathing new life into the ride’s first drop and through the first tunnel and turn towards the second drop and 540-degree helix tunnel, while Kings Island’s carpenters are retracking approximately 1,090 feet of track in other sections along the 7,359-foot long course.

The first drop will see a change from 45 degrees to 53 degrees. This change isn’t being made to add more speed or thrill element to The Beast, but to come in lower in the tunnel to provide the proper parabolic arcs due to reprofiling of the track in that area of the ride. This change, along with The Gravity Group’s vertical track design, will deliver a buttery-smooth transition through the tunnel and onto the second drop.

The Beast helix crossover will see a redesign and installation of new bents. With the redesign, the forces through the structure will be more evenly distributed to the foundation, the rigidity of each bent more consistent and therefore resulting in a smoother ride experience.

This is exciting stuff. Maybe they can finally unleash the beast again if this works out.

The past season convinced me that something had to be done and I commend KI/CF for making a huge investment to keep the ride going for decades to come. With that said, the condition of the ride may have forced their hand as there were several unplanned closures last summer that necessitated emergency track work.

When I managed the score a middle seat the helix was a riot. However, the wheel seats (especially the back) were getting to be unrideable -- it was like being in a car crash. The ride could go from my #1 woodie to dead last within 10 minutes because of seat assignments.

When I rode it back in August it sucked.

I'm glad they're trying to sort it out. Replacing a third of it won't be enough, but if if they do the other two thirds in 2022 and 2023 it might actually be worth riding again.

I just submitted this to news before looking here.

Beast was my favorite coaster of all time, until I rode Steel Vengeance. Now Beast is my number two.

On about half my visits to Kings Island last year, I skipped Beast, because like PhantomTails said, it was like being in a car crash. (That's a great description.) It made me really sore the day after a ride on it. It's always been rough, so I thought maybe I was getting too old for it.

After riding Racer for the first time last year after the retracking, my first thought was that Beast needed the same treatment. I've been wishing, or maybe predicting, that Gravity Group retracks the entire ride. It would be amazing and one of the greatest coasters ever if that happened.

Beast needs more than what they are doing this off season too, but I'll take what I can get. Like Racer, I'm sure it will be very noticeable which parts are smoothed out and which parts were not.

I'll spare the stories of how great I remember the Beast throught the mid to late 80s; but it happened. It was never the same after that 10th anniversary party in 1989 (I rode in the snow that day!)

I'm just happy they're doing something with it. That ramp-y 45 degree first drop was always ultra cool, so that will be different. Gravity Group rock, and they're fans like us. But their Timberliner trains are not too hot, and way too loud. A good old PTC with out all the "gear" are great, but that ain't happening.

Let's hope whatever the park decides to do will somehow improve the ride overall, which is a good thing. It seems they'd have a good idea what works and what doesn't by this point. Recent Racer reviews have been great!

I assume it is just too expensive and time consuming to do it all at once. This idea of smoothing SOME of the ride and leaving the rest rough seems silly…

That's how Raging Wolf Bobs was when Six Flags started and then Cedar Fair later finished the multi year rebuild. The 2003 season had the first half of the ride with the old, rough track until the midway-ish point when the retrack started and the rest of the course was glass smooth to the point of boring.

I still believe the best days of that ride were when it ran rough with comically bad trackwork on those old PTC trailered train. What I wouldn't give for one more backseat ride on that circa mid 90s-2002.

I've been to Kings Island twice, and that ride was so bad that I didn't even get on it the second time. I don't understand the love for it in the state it's in. I always attributed its status to nostalgia.

I never went as a kid, but I absolutely love the wild and out of control night rides on The Beast, in part because it roughs you up a bit.

So far I think I am the only one that is worries this may neuter the ride a bit, especially the helix of death.

I worry a bit but also recognize that it had to be done. I'm interested in seeing if it maintains more speed going through the helix -- I'm not a physics major, but all of the jarring side to side and up and down must kill some of the forward momentum.

I don't understand the love for it in the state it's in. I always attributed its status to nostalgia.

Agree, except at night... Only time worth riding it! Then its a bit more special.

Feel the same about Magnum as well, as far as status/nostalgia. Personally hope a GCI replaces it sooner than later with that epic plot of land there! :P

I remember having some great BeastBuzz rides, sitting in middle seats, but I agree that some of it was nostalgia. At some point before the end I had to give up. I'm sure these changes will be an improvement and likely extend the life of the ride.

I began riding The Beast in the mid-80s, and always looked forward to the night rides whenever I visited KI, until this past year. Although I don't mind some roughness in a wood coater, the Beast had become overly rough. Kudos to KI/CF for investing into the legacy to hopefully allow another generation to enjoy it.

Fever I really enjoy the Simpsons. It's just a shame that I am starting to LOOK like Homer.
+1Loading 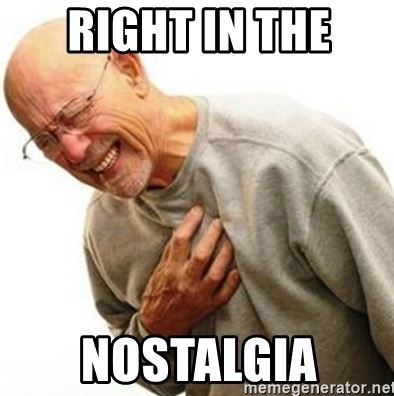 It's been 20 years since I've been to Kings Island, so I'll trust you all as far as recent history. I was thinking in light of another sub-thread about "best" roller coasters that I wouldn't presume to say what the best is, but if I could only ride one more roller coaster it would be The Beast. So I'm quite happy to see this work being done.

(I had no idea the first hill was only 45 degrees. It's the drop into the helix that I've always thought had a wonderful feeling of impending doom. I hope they don't mess with that.)

I took a buddy there for the first time this past summer. It'd been a few years for me. But I grew up in Middletown from the early 90s to 2002, so I totally fall into the love afair that BrettV describes during that time. Anyways, we rode The Beast 5 times on our visit last summer. Two morning, three night. Fortunately, I know to select middle rows. It was rough -- but not too bad for us. However, I could definitely see that wheel rows were a different story.

I'm very surprised that they're changing the profile of the pullout from the first drop and it makes sense to steepen the drop to accomplish that, but I'll be surprised if that change will be noticeable. All in all, I'm glad to see The Beast get the love it deserves and hope that the "must be nostalgia" crowd gets the opportunity to change their mind.

If it lets them remove the trim brakes from the drop then it will be a huge improvement.