According to several sources, Six Flags has agreed to reducing the deforesting area from 92 acres to 40. The remaining 52-acres will be put into a 213-acre parcel of forested land Six Flags will deed into conservancy, contiguous with the state's 12,000-acre Colliers Mills Wildlife Management Area

Read more from The Star-Ledger.

“This is a proud day for our company. This project represents a giant step toward becoming a net-zero carbon facility,” said Six Flags Great Adventure Park President John Winkler. “We are pleased that we were able to come to a satisfactory agreement with all parties involved. Clean energy is right for the environment and our future, and we look forward to decades of environmental stewardship with our partner, KDC Solar.”

The 23.5-megawatt solar project will include solar carports over select parking lots and 40 acres of ground-mounted solar panels. Six Flags expects construction to begin by March and for the solar facility to be fully operational by the end of 2019.

In addition to the production of clean energy and helping to limit the park’s reliance on harmful fossil fuels, KDC Solar will use more than 99,000 hours of union labor in constructing this project.

As conservationists for nearly 45 years, Six Flags Great Adventure has cared for more than 70 different species of animals, including some that are endangered and even extinct in the wild. The Jackson theme park recycles more than 60 percent of its annual waste, including manure, paper, plastic, wood and mixed garbage. The theme park eliminated the use of paper towels in favor of energy-efficient hand dryers, and is firmly committed to other energy-saving programs. In addition, Six Flags will preserve more than 200 acres of forest, wetlands and wetlands transition areas.

“We are continually searching for new ways to operate more efficiently and enhance our role as good stewards of the environment,” Winkler said.

“We are pleased to move forward with this groundbreaking solar project. Six Flags has been a patient and cooperative partner throughout this process, and we look forward to delivering clean renewable electricity to Six Flags. Once operational, this project will be the largest net metered solar project in the State of New Jersey and very much in line with Governor Murphy’s pledge to support renewable energy,” said Alan Epstein, President and CEO of KDC Solar.

Let's talk about the math here... they will preserve 52 more acres than originally planned, in the context of 12k overall. I'm a big tree hugger and all, but generating renewable energy in this case is the bigger win. When this all started, we did the math on carbon reduction vs. carbon absorption for the forest, and it wasn't even close. The solar wins every time. I realize the critters have a reduced habitat, but it's a fractional reduction.

Updated to include the Six Flags press release.

I've been involved in the design/construction of several solar projects including solar "farms" and "carports".

Looking at their parking lots,I don't see anything that would prevent them from putting soar panels over virtually all the parking lots.

That would allow them to preserve even more forested areas.

I would also expect,given the timing of this project,that the solar panels will be American made.

Cost is what prevents them from doing so. I very much doubt the panels will be American, or if they are, the cells themselves will be Chinese.

Cost, and the fact that people will be running into support columns all willy-nilly.

I'm not sure about that, after seeing what they did at Legoland Florida, but their implementation reduced overall parking significantly. They've got it in their premium and handicap section, the latter of which requires the walking lanes in between, but not for the premium.

Sorry, wasn't being serious. I was referencing this exchange.

And I stand by my post. People drive stupid. People in giant parking lots fighting for the closest space drive even stupider. I have no faith in the driving public.

And I have no faith in autonomous vehicles. None whatsoever. Nope. Never.

There's a Whole Foods here in Brooklyn where most of the parking lot is covered with solar panels. I get that that serves Whole Foods' image more than it would Six Flags, but it seems to work just fine. It will make it tougher to pack 'em in quite as tightly, so I'm not sure I could see extending this to the whole lot. But it will enable SF to promote a real benefit, shaded parking, for the premium lot. (I have never understood paying an extra $15 to save 500 feet of walking, on a day when I'm going to walk many miles around the park.)

It's hard for me not to see this as a good outcome all around. SF gets an asset, and gets to look like a good neighbor, and probably gets a nice tax deduction for donating 200 acres of land that, being wetland, they probably couldn't easily use anyway. More than half the forest that was going to be whacked is saved. And just maybe, by getting to yes, the next go-round is easier.

It's also interesting that a big corporate solar project is net-metered. That's huge and has to be driving the local utility crazy.

There has been a state-by-state battle around that. The utilities pushed a constitutional amendment a year ago in Florida that would have effectively banned net metering. The future is distributed generation and storage, and from a technology standpoint it's the most obvious and robust outcome, but it completely upsets the utilities' business model.

FWIW, around here in the Bay Area many high school parking lots have large arrays of solar panels. I can’t think of a more accident prone set of drivers.

The acreage involved is astonishing. The entire Blackpool Pleasure Beach site is 42 acres.

Now that the park is open for the season, it looks like they're installing the solar panels over the water park lot, the overflow lot, and the employee lot. Clearly they aren't overly concerned about people driving into the supports. I assume they're not installing them over the main and preferred amusement park lots because the reduction of parking spaces would be more detrimental there.

Oh man, it's gonna be bedlam! 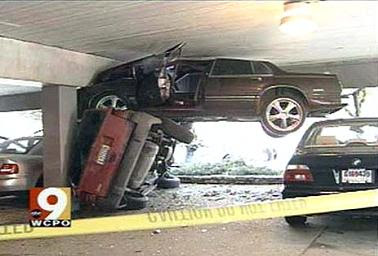 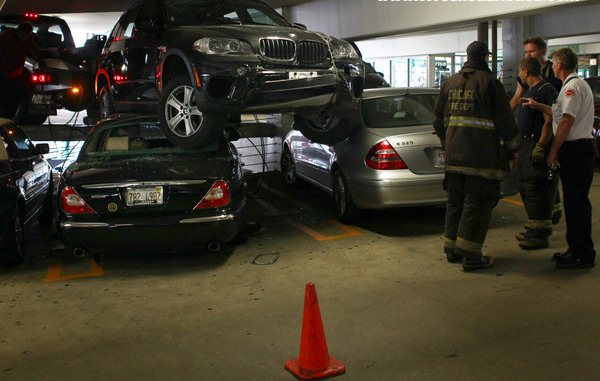 Sky rats at CP would keep them from doing this.

Oh man, it's gonna be bedlam!

Thanks for those great action shots of the I4 Ultimate Project