Six Flags Discovery Kingdom says it has become the first theme park on the West Coast whose roller coasters and animal habitats will be energized primarily by solar power.

Yes, true. I don't understand what that has to do with anything.

You said previously that people up north don't use significantly less energy. Your evidence was that you use twice as much energy as when you lived in Cleveland. Unless you've accounted for the increased electricity demand of charging two electric cars that's not completely accurate.

If I'm reading correctly your point in bringing this up is that it doesn't matter if solar panels are less productive in the north because you don't use as much electricity. That may be true but it's really difficult to compare electrical bills when rates and pricing structures are very different throughout the country. The real difference is how much energy you are consuming. I currently consume close to 1,000 kWh in an average month. The most I used in a month was this year during July with 1357 kWh. Assuming Florida is like July in Illinois that is only a 36% increase in electricity consumption, not 100%.

I use twice as much electricity in Florida because it's 90 degrees half of the year. I know what my EV component is, it's about 5,000kWh per year. That's about 400kWh per month, and in summer months we consume 2,500 total. I rarely used more than 1,200 in Cleveland.

All I was getting at is that you don't likely need a 10kW system up north. This site seems to have plausible math for Ohioans using a 5kW system.

Here's my usage, by the way. Red number is the net grid draw, blue is solar production. About 54% is covered by a 10kW system on an annual basis, and if you subtracted out the cars, it could cover about 75%. Granted, my house is embarrassingly large and expensive to cool, but whatever, I work from home a lot and there is someone home most of the time. 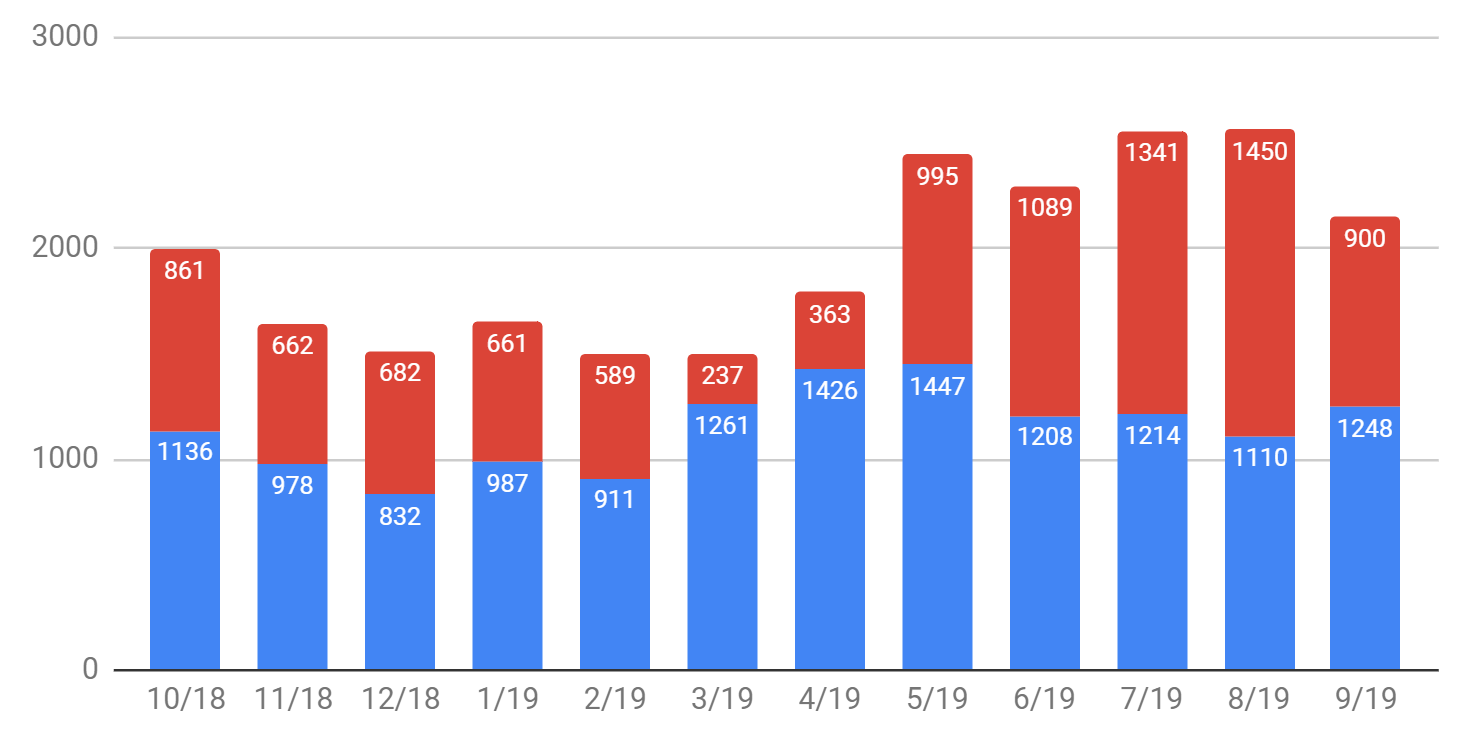 Kstr 737- Guido’s is good stuff but I haven’t been there in at least 10 years. Have you tried a Garbage Plate yet? Nick Tahou’s is the original, Steve T’s is the same family, but so far I would say Bill Gray’s has the best one.

Let me know if you need any info or recommendations in the area... And you gotta check out SeaBreeze if you’re here in the summer. Such a cool little park.