A New York tourist who said he was paralyzed and nearly drowned at Universal Orlando Resort’s Volcano Bay has sued the theme park company. Universal described the man as experiencing “numbness" in a state-required injury report released this week. James Bowen, 47, and his wife filed the lawsuit in Orange Circuit Court after he slammed his head in a shallow wading pool at Punga Racers water slide in July.

So this is what prompted the new weight restrictions on that slide...

150 pound weight limit is insane. Whoever designed these slides was grossly negligent if someone the weight of an average adult male could slam their head into the end of the runout at the bottom of the slide.

Edit: here's a picture that shows a good overview of the bottom of the slides. I'm not an engineer but that's a tiny runout area compared to what I'm used to seeing on slides. 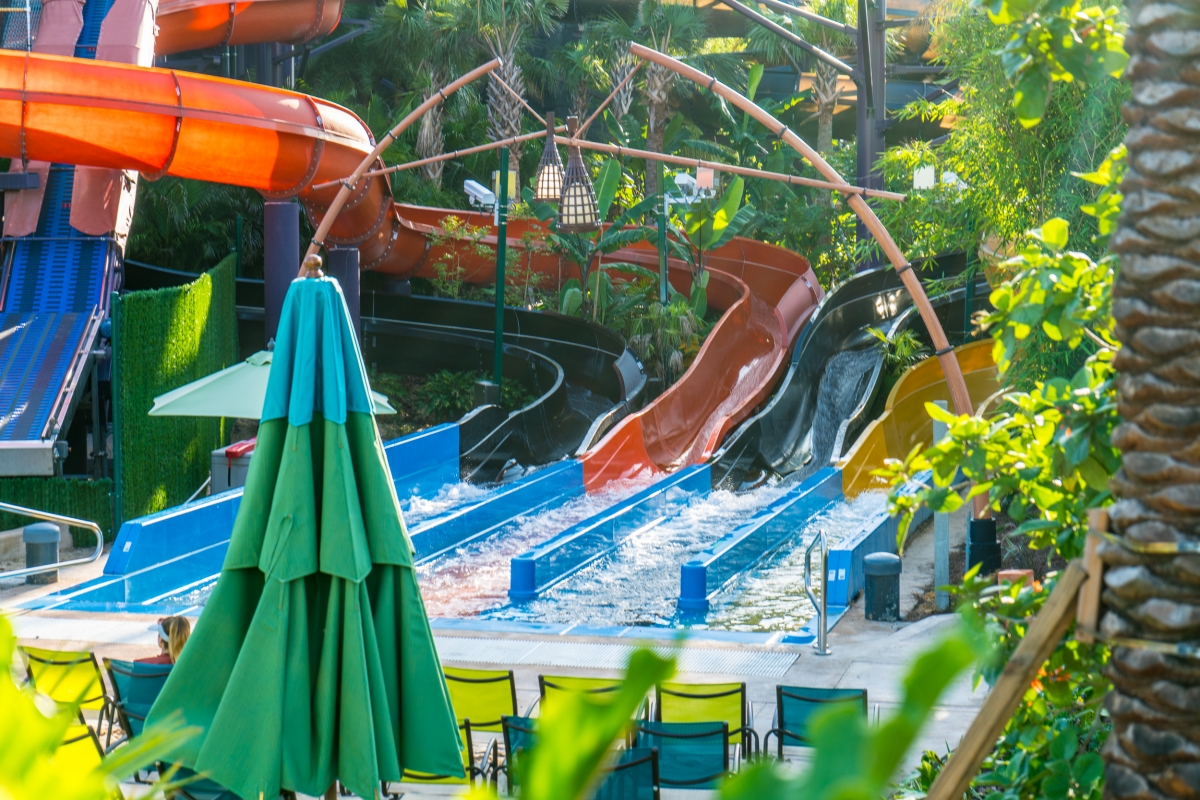 That's weird. I assumed there was a pool at the end, as is the case with most water slides, not a run-out.

I’ve ridden that slide tons of times, it is too short. I know to slam the front of my mat down to use the grooving in the slow down in the runoff area (and conversely to lift up to speed up on the straight racing slides) but not everyone knows. Those turns on that slide are also very tight and I’ve actually always dragged my feet to avoid slamming back and forth. Looks like those modifications saved me from injury.

I have a mark on my foot that still hasn't gone away after months from a friction burn on the racing slides at Island H20 Live. Not relevant, but I felt like sharing.

Those friction burns HURT on the mat racers. I always tell my kid no matter what else you do, keep your arms and legs on the mat.

That's weird. I assumed there was a pool at the end, as is the case with most water slides, not a run-out.

Don't most mat racers have a run out instead of a pool? Regardless that is way too short of a run out. Granted my experience on mat racers is limited to Jungle Racer at Holiday World but that run out is significantly longer.

The only mat slide I can think of that ends in a pool is Blizzard Beach slalom slides (they also have standard straight racing slides that end in a runoff.