I noticed KI is now offering upgraded 'Prestige' season passes for 2023, these include some additional perks like preferred parking, a preferred entrance, food and merch discounts, one FOL pass per visit and access to some VIP areas in both parks. They're not listed on the main season pass page yet but can be found in the purchasing menu.

The better of the two passes seems to work as a platinum pass (access to all parks). I looked and Cedar Point has them as well, not sure about the other CF parks.

We pony up for all season platinum FL+ so not sure this pass would be worth it for us, we'll likely just get regular plat season pass again. Curious where the preferred entrance for KI will be, perhaps the old season pass entrance?

I like the idea of the Prestige Pass and could definitely see how it benefits some folks, but I couldn't justify it for my own use. I don't buy all that much merch or food. Early entry is nice, but if coasters aren't up and running, it almost feels like a bit of a waste to get into the park early and not be able to ride the larger coasters. Maybe if you got 3-5 FL+ opportunities, but...yeah I just renewed my Platinum Pass. Still, I'm interested to see how this new pass offering evolves over time.

I can't believe that CF is still pushing these VIP lounges. This year they're up at CP and KI on a pay-per-day basis ($35 or $40 iirc) and I can honestly say that I've maybe seen two or three people in them total across many visits. There's zero value proposition -- you get a lounge chair, can watch tv, and get free water and chips. Is that what I pay good money to go to an amusement park to do?

For the same price I can get unlimited soft drinks for the year at every park and sit on a bench when I'm tired.

When I was there last year, they sent me a perk through the app that my son got a free pass to the VIP area and a single ride Fastlane. Only problem was, he wasn't there. I guess it was because our passes were all linked, but they should be able to see that I scanned in and he didn't. It was non transferable, so I had to wait in line with the steerage and sit on a GP bench like a loser.

I think there’s also a fan.

The single ride Fastlane isn't even valid for any of the good rides so you didn't miss out too much.

Last year, VIP had a "party deck" where you could take your beers and snacks (and soft drinks) to stand and watch the parade. It was awesome. It was 3 levels, and high enough above the crowd down below that it was a good vantage point, and made for unobstructed photos and videos.

Of course, that was in the area they're building the new Boardwalk now, so I don't expect that to be back. We enjoyed VIP a lot when we were staying up there - it gave us some shade, a place to charge up the devices, and just hang out for a bit before we ventured back to wherever we were going. I am a fan of having a place that is accessible to only a small group of people where I can get away from the crowds for a bit. We paid for one day, and won the next day - so we made a whole weekend out of it, and it was cool.

I think there’s also a fan. 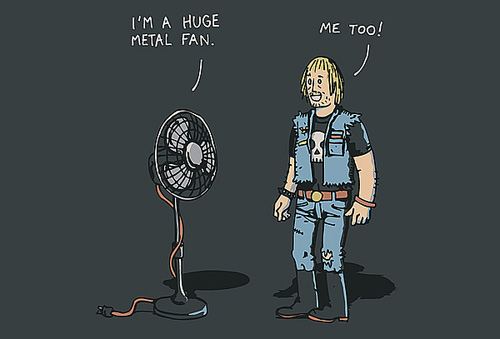 It was more like the one on the left.
On my last trip to KI I was with my travel blogger friend and we stopped at their VIP place just out of interest. There wasn’t a soul there save for the employee. It was kind of out of the way behind the Coca-Cola place near Adventure Express. Chips, pop, TV. Comfy patio furniture and portable fire burners. I could only imagine it as some kind of party zone but that wasn’t happening.

My favorite place to relax at Kings Island is at a table under the Eiffel Tower. I wouldn't give that up for a V.I.P. lounge. Paying extra to lose yourself in a tent when you should be enjoying the park and its atmosphere sounds like a bad deal.

I saw the Millennium Force VIP area on a recent visit to Cedar Point. Don't know if there is enough demand to justify those areas. But pretty sure its target audience isn't the average, frequent poster on this site. :)

No thanks. I’ll keep my money and sit on a bench like a regular loser.

This sort of thing isn't supposed to be broadly popular for its price. The entire point is that relatively few people take them up on it.

There are several reasons why someone might do that. They might like to feel "important," which if the park can sell them that feeling, why not? Alternatively, they might benefit from being away from the hustle-and-bustle for a time. I can easily see that. I almost never do a park open-close, and have been known to go hang out by the lake for a bit to just chill out if I'm in the park for more than four or five hours in one day.

On a recent trip we purchased the VIP lounge access, mainly just to have a shaded place to go, get some water and snacks, and really just to see what it was about.

For $40.00 you get shade under a canvass tent, which raised the temperature by about 10 degrees. There was no fan, or it was well hidden (and off). There were TV's, but the volume was tuned up so loud on some that you could not hear others. The infused water was a dispenser of water with some cucumbers tossed in. The snacks were a basket of Lay's chip bags. Later in the day there were chocolate chip cookies added.

Let's talk about the food truck. We ordered two dinners from the truck on site. We were told the food would be ready in 7 minutes. Paid $32. After about 20 minutes, and multiple trips back to the truck, one dinner was ready, the other was not even started. The completed dinner was cold, soggy, and flavorless. After over 30 minutes we had the second dinner refunded (which required a supervisor to come on site).

The only thing of any kind of value was the fun card you got with the purchase (normally $20 to purchase). We used the 40% discount to buy a T-shirt and Sweatshirt with a savings of around $26. We have additional coupons to use. There is also a Fastlane ticket attached to the card. Regular Fastlane, not plus.

Would I purchase it again? No possible way. In fact, we upgraded our passes to Prestige+ for next year and even being free, I do not anticipate using the area again.

^I know that was one person's experience, but that's more or less what I imagined a VIP lounge to be at a theme park. Worse, actually.

^^ Out of curiosity, if you don't care for the lounges, what attracted you to the prestige pass?

^ Honestly, the Preferred Parking and Fastlane+ each visit made it attactive as a 1 year trial, just to see if the benefit is worthwhile. We usually pay the $10 upgrade for Preferred Parking everytime we go, so that savings almost makes up about 1/2 of the pass cost (for 2 passes).

We go to Cedar Point around 12-15 times a year, plus 1 or 2 trips to Kings Island and the occasional Williamsburg, Virginia trip with a stop off at Kings Dominion, so that made the plus version attractive. And this year may still see a trip to Toronto and Canada's Wonderland.

The entire strategy mirrors that of airport lounges and credit cards.

Get the credit card with "free" lounge access perk because it's a benefit you've never had, and why not. It would be neat to sit in a lounge if it's free!

Of course, the lounge access cost is paid in the annual fee of your credit card, because otherwise you'd never spend money on an airport lounge.

Most airport lounges include free food and drink (like real food and adult beverages, not chips and "fruit infused" water). If you travel a lot that alone might be worth buying buying the expensive credit card that includes lounge access.

Usually VIP experiences include some kind of "real" food or beverage. This doesn't sound like that.