Need help with name of ride

I visited the Myrtle Beach Pavilion about 10 years ago and they had ride that was like a small shipping container with 8 to 12 hydraulically operated seats, along with a big video screen in the front. The seats moved in conjunction with the moving screen, it was pretty realistic back then. Does anyone remember the name or manufacturer of this ride? Thanks in advance!

Pavilion closed in September of 2006- was this ride in the park?

And back then there were so many varieties of motion-based theaters, US made and otherwise, it’s hard to tell what or who’s it might’ve been. Even malls had small versions like what you describe. I was at Pavilion only once for a couple of days but it was even before Hurricane was built. So I got nothing.

It wasn’t an Astroliner, was it? Those were popular and a few of them are still around. I’m guessing not, as they looked like a rocket and the motion could be seen from the midway.

Maybe it was a Sim Ex Turbo simulator. There was a large scale version like some of the Six Flags parks installed in the early-90s - big box theater with an IMAX size screen and an array of 2 seat motion bases, SFOT had a Right Stuff film and a SpongeBob film (and probably a few others). They also had a traveling version of the ride that was a series of tractor trailers put together with a screen on one side and a few rows of the same 2 seat motion bases. The seats looked similar to this: 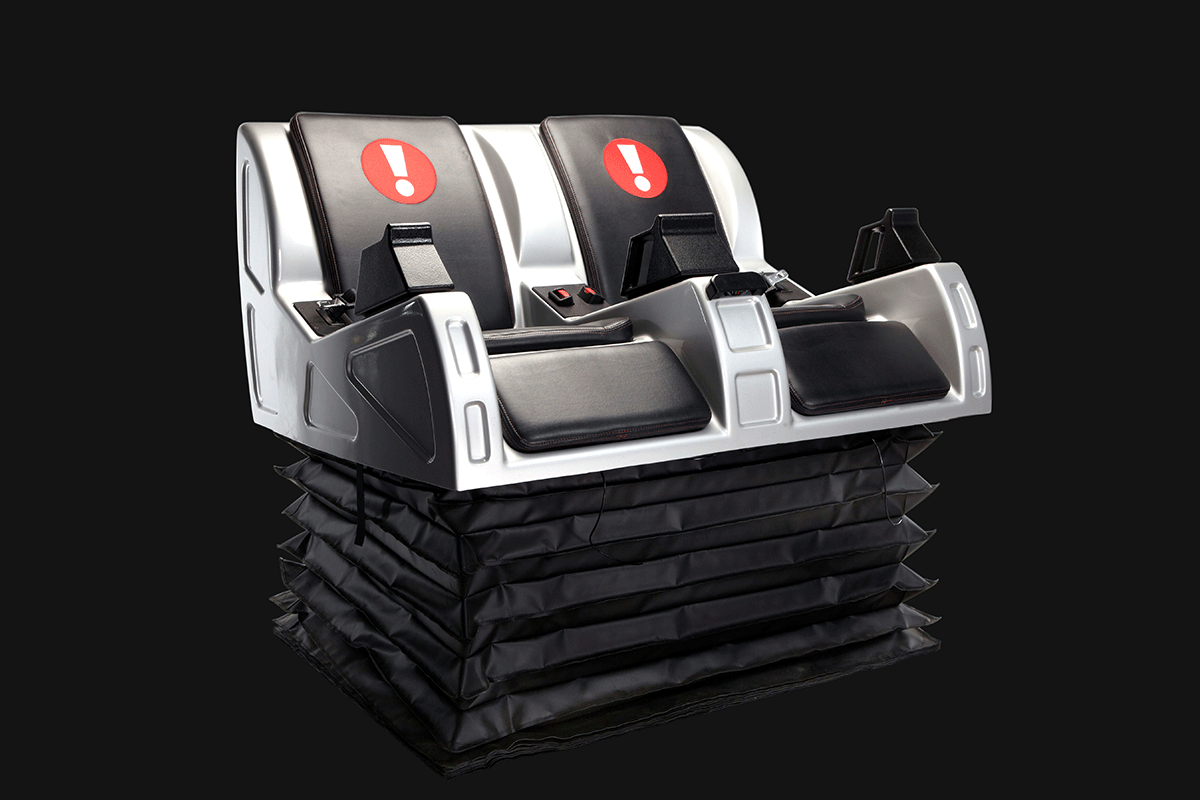