We woke up and were out just before nine on Sunday morning.I did cheat a bit and get a small hamburger though.

Pulling up to the park I immediately noticed that the parking lot wasn’t really full.To my delight and surprise, the line was short, maybe about 15 minutes, so after putting our stuff in a locker we got in line. 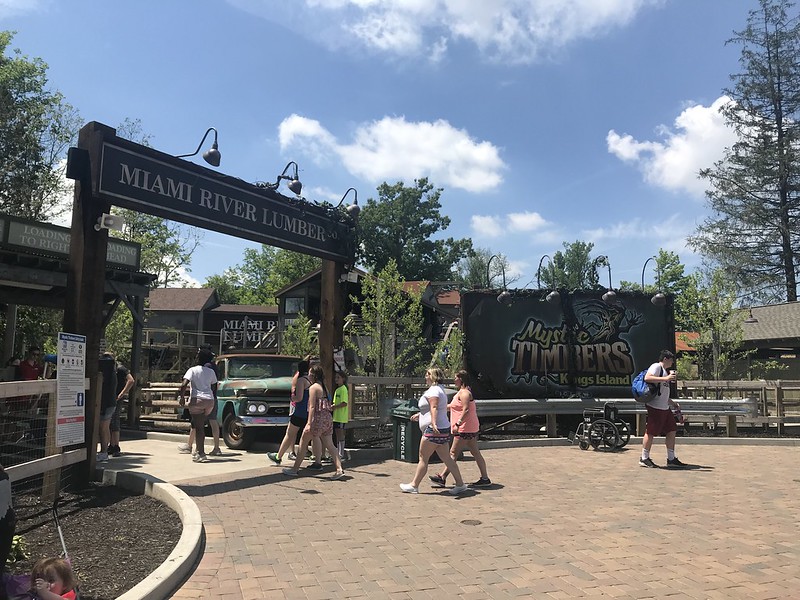 Mystic Timbers-I have to admit, when it was being built, I wasn’t impressed with the ride, but as people started to ride it last year it became clear that Mystic Timbers was a hit.Overall, though Mystic Timbers is an amazing creation by GCI.

Our next destination was Diamondback.We were on near the back, and unlike the last time I was here with Isaac, Diamondback did not eat his keys to the car.

We wandered around the back of the park for a bit and then headed over to The Beast.I really like The Beast, regardless of the lack of any real airtime. 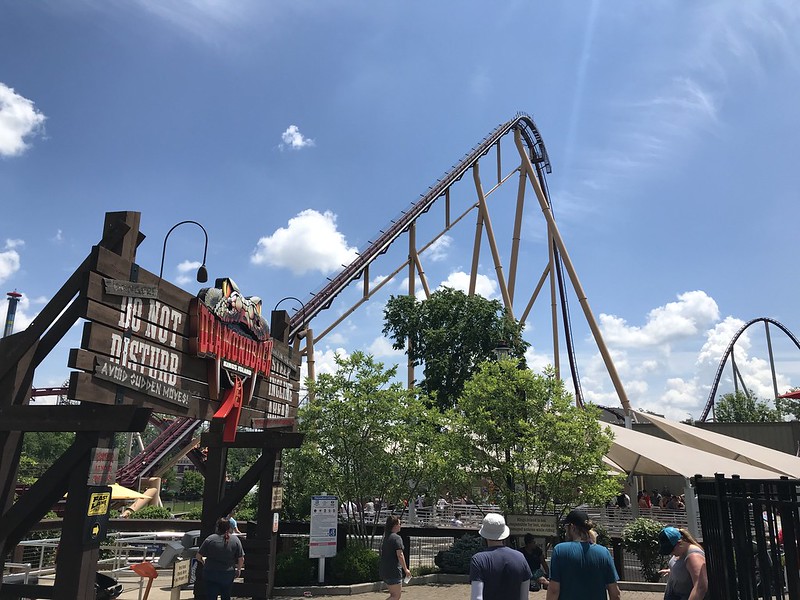 I wanted to get lunch so that I could time my next meal pass meal for dinner, so we hit up LaRosa’s so I could get some pizza and bread sticks while Isaac and Blake chilled for a bit.I’m not huge on positive g forces and often don’t like inversions, but Banshee delivers them the right way.

Since we were in the area we hit up The Bat next.I think this is a much better version of the boomerang ride, though I’ve as of yet ridden a Giant Inverted Boomerang.

We had seen the advertisements for Cirque Gravity, which was at the theater in this particular area, and decided to head there next.So he took it back and we left.

One thing I don’t ever recall riding was the park’s remaining log flume, Race for your Life Charlie Brown.It was kind of a mixture between Carowinds lost log flume and Kings Dominion’s. 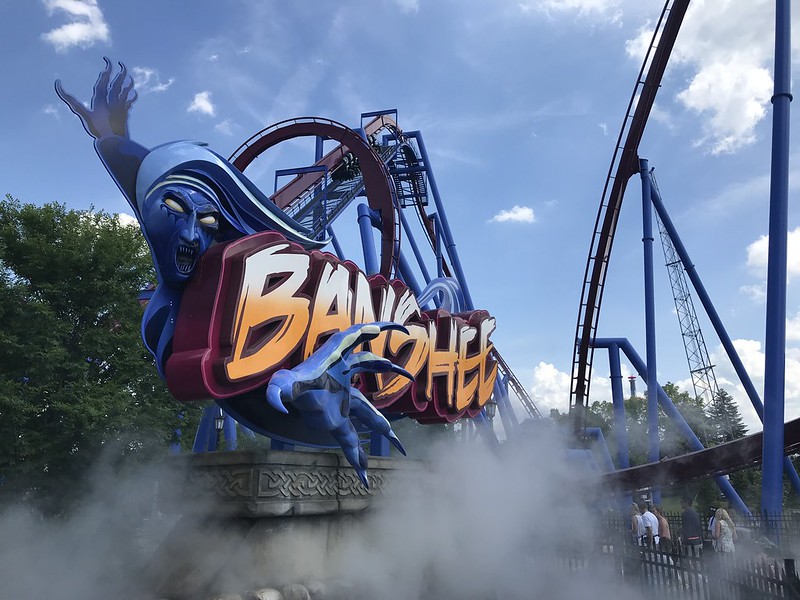 After that we took a spin on the KI & Miami Valley Railroad around the park.And while we were in the area we hit up Adventure Express, which was running surprisingly really well, so much so that I could totally forgive the anticlimactic ending.

Isaac still hadn’t eaten, so we tried a few different places, eventually settling on the Festhause.I’ve always preferred the Kings Island version, and it was a great way to cap off the night.

Once we were finished, we decided to forgo Best night rides and head to the front to see the lights and fireworks show, which was really pretty great.The use of LEDs and fireworks throughout International Street was spot on, and we enjoyed it quite a lot.

After that we headed out to a nearby Walmart to stock up on some stuff and then headed to our really swell suite at the Doubletree in Blue Ashe.Then it was a long drive home through Ohio, West Virginia, Virginia, and finally North Carolina. 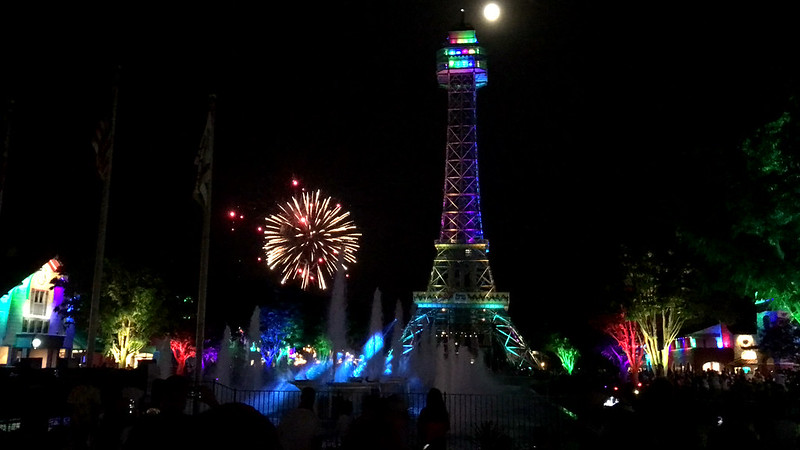 Love your photos and photo TR's. Did you get Bat and Invertigo confused or am I failing at reading?

PS - Shout out to Mayhem Miller, my sister from another mister.

Actually, Andy, it seems as if part of my TR was cut, same thing on the CP one. I'll have to look into putting the cut parts back in.