A massive blaze has ripped through Germany’s biggest theme park today, sending 50 ft. flames leaping into the air. No injuries have so far been reported, and it is not yet clear how the fire started. The blaze is understood to have begun on one of the rides and spread through the Scandanavian-themed area.

Read more from The Sun. 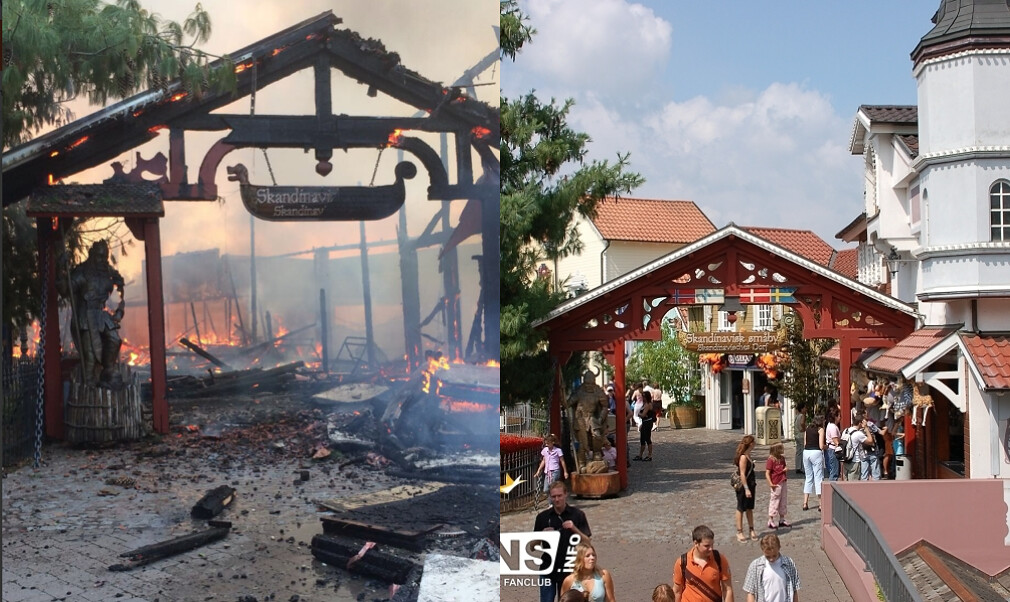 Scandinavia is gone.. and Darkride in The Netherlands.

No-one was hurt according to current information.

about one hour ago they let the press in to make photos.

I’ve been on pins and needles all day about this. The Scandinavia area was particularly beautiful. Pirates of Batavia was a cool ride. Toward the end the boats passed thru a theatre where the stage was on the right and the audience on the left. There happened to be a show performing at the time of our ride. I might have missed that ride all together if it hadn’t been for Pieter and his keen knowledge of the park.

Fires at parks are the most dreaded thing. Sometimes it spells the end, in this case thankfully no.

Oh no, that part of the park was so nice. Seems like the fire started at a warehouse and spread from there. I am confident with Europa and the Mack family and sure that by next season the area will be rebuild. Doubt they would rebuild a 31 year old ride, so that should be interesting to see what direction they will be going.

Most important part is that nobody got hurt thankfully.

I share the horror at this fire – but also the optimism.

Pirates in Batavia was a superb dark ride, but also an old one. Any rebuild at this point will likely use newer technologies that will make it even better.

Photo of how devestating the fire was.

The teacup ride will open soon... and in few weeks they want the Riverrapid open aswell.

Good lord! And does that look like the burned skeleton of an animatron standing there? Creepy.

Today the park announced that on the area of Piraten in Batavia a new family ride will be build.

I wouldn't be suprised that it will be done within the shortest time.

No doubt, and what helps is that they have more resources and money than god. Like I said earlier, over the years fire has spelled the end of so many parks. Not this one.

Europa is a family owned park with massive amount of money, so I am sure the area will be rebuild by next season and a new attraction maybe by 2020. I am not worried, they care about the park like no cooperation can do, this sucks, but will not kill the park.

Phantasialand is family owned too and survived a massive fire. They made the best out of it, I am sure Europa will do the same.

They are going to build a new Piratebasesdarkride where Piraten in Batavia used to be.

It will be interesting. The park is building a new waterpark and Hotel. This came unexpected. Guess we have to see what they have in there plans. A lot of people there will be working overtime these days

Fjord Rafting has been openend again... with instead of the tunnel a temporaly backdrop 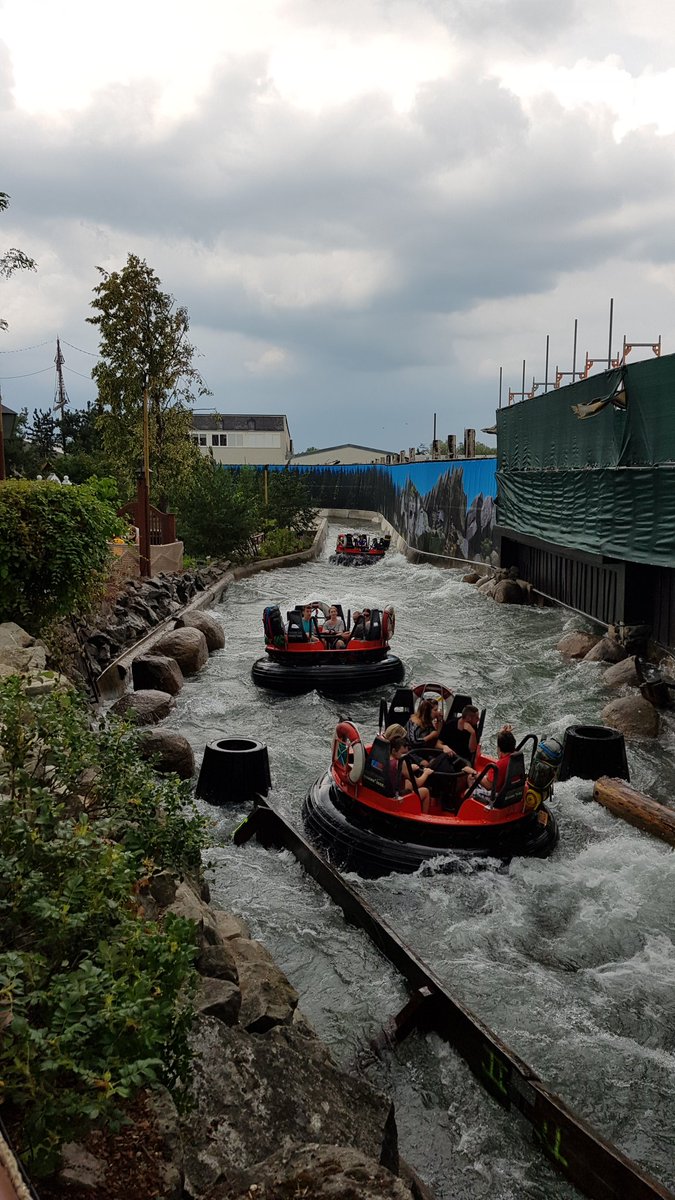 That’s one of the few rides I didn’t take there.

The part visible from the park was quite scenic, but my favorite thing was the exit. I seem to remember passengers disembarking from their round raft then standing aboard a flat raft and having to pull it using a stationery rope across a pond to the street. I think the rope actually passed through the raft. I thought it was so clever and whimsical. And it was a little work to get out of there, too.
It looks like the tunnel might’ve hid a world of backstage sins in a park that for the most part is good at that. Hopefully everything will go smoothly for them, it looks like they’re dedicated to the guests’ experience.

As much as I love my Ohio parks, I think about the times that a ride or attraction has (for whatever reason) sat derelict for often more than a couple of seasons with no sign of removal or replacement. That doesn’t seem to be the case at Europa even with the good excuse of a fire.

I was at the park over the weekend during this years "Fantreffen", Michael Mack told that from season start 2019 the Scandinavian Village will be there again and from start 2020 season also Piraten in Batavia. Since back in 1987 Piraten in Batavia was one of the first big projects done by the park and Roland Mack, Roland wishes the ride to return as basically a carboncopy of how it was. It is very likely that the ride will be more then 90% similiar to how it was.

I managed to talk about what happenend with a few employees of the park, even the one operating the tow-raft, after using it of course.

On the site there were a few big machines working and I saw a few trucks leaving filled with debree.

Around the whole site they put up scafholding with a big prints on it, which you can see on the video below.

Not a bad solution for now and they even sneak in a little advertising for the upcoming waterpark.

I am glad they are going to rebuild it all and even relatively quickly, Perhaps they even will do the darkride that has been planned for many years to be a part of Scandinavia, but that was not 100% a sure thing.