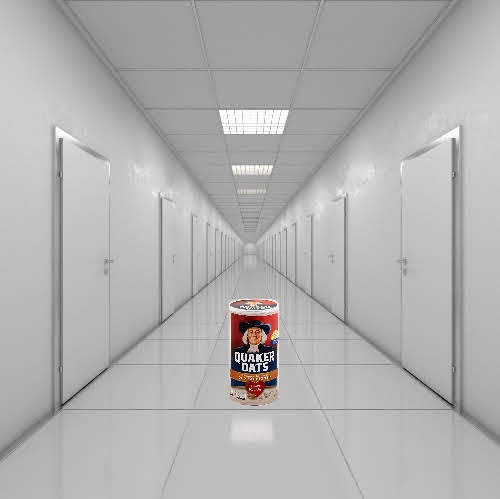 It's nice to see you two getting along so well...

We're awesome. We should do a podcast or something.

But definitely not one about coasters.

I think if you're going to complain about what's in the shed, you're totally overthinking it, and probably not a very fun person.

I've heard the ride is fantastic and the shed is very Adventure Express in its ending but that's ok. If the coaster is good that's all I care about.

This actually makes me like it more. That ending on Adventure Express is just cheesy in every right way, and makes the ride what it is.

I assumed it was a family coaster because (as stated above) I haven't been following the project and the only thing I've heard about it has been about the shed. That was my only point.

As for "you're totally overthinking it and probably not a very fun person" - just plain mean. You may think you're helping some whining enthusiast dork wise up but as the receiver it feels like you're not interested in a discussion at all. Isn't that why we are here?

If your expectations about what could possibly be in the shed are realistic, it shouldn't be a disappointment at all. It's exactly what you should suspect a Cedar Fair park would put together to cover a holding brake.

I looked around the shed 14 times this morning. It's not groundbreaking, it's nicely done and a good bit more enjoyable than sitting in a standard holding brake for 30 seconds. It's a plus to the ride and experience.

The shed thing is not, and never was, a marketing ploy targeted at enthusiasts to draw them in or talk about the ride. Never. Ever. It was a goofy thing to get the public talking about the ride and showing up, which I'm sure is what will happen on opening day. Once they're there and have been on the ride, I doubt the shed is going to be the main conversation piece, and it doesn't have to be.

And I don't think Gonch gives them enough credit. I thought it was cooler than what I would expect from Cedar Fair. They continue to up their game, little by little. This is the best dressed up wood coaster I've ever seen.

And to nerd out further.

The run to the lift is unique with a couple of fast, tight hills. The lift incorporates multiple speeds and recorded story (possibly recorded at the William Shatner School of Acting). The drop is pretty steep and the pull out is tight (giggity!). The turn back over the lift is an airtime turn (there's a good bit of lateral air on the ride in general - especially in back). There are a couple of good airtime hills before you hit the middle. The middle I likened to slalom skiing. There's a crazy amount of back and forth to go with your up and down (giggity!). You turnaround with a little tunnel action. Then on the trip back it's all air with two of the longest sustained moments of big, floaty air happening towards the end of the ride.

It's a fast, relatively short ride that simply doesn't let up.

Airtime whore LOL I don't really care about the shed enough to be disappointed about whatever is in there. It's a big, new, wood coaster and If I'm lucky enough to make the trip this year and get a ride on it I'll be happy.

I have a strange desire for Angry Orchard after certain rides.

I'm going to drop a note in the suggestion box that they should put a picture of Jeff and Gonch up on the screen in the shed.

I enjoyed the Jeff and Gonch video a lot. You guys should do that more often. It was much more interesting than another similar video I saw today featuring an annoying guy who shall remain unnamed.

I thought the effects in the shed would be just a little more elaborate than what I saw online today. I think that if it were only a small mention, and not marketed so strongly, people wouldn't have expected "#whatsintheshed" to be more than it turned out to be. Perhaps the park didn't know exactly what they were going to do in there before they hyped it up?

The ride looks awesome though. I am traveling to Ohio for a family reunion. I am going to try my hardest to get to Kings Island while I am in the area. It's still my favorite park of all time. Mystic Timbers looks a hundred times better than the other new midsized woodie that opened this year at Busch Gardens.

Other stuff popping in my head late in the day.

We were told that the three shed sequences differed slightly depending on day or night. I didn't notice it. Not sure if that's a case of me sucking, only one set running, or misinformation.

Also, if I'm relaying this correctly, it was said that the sequence is chosen at random, but the they have differing probabilities of being chosen so that one ending is most common, one a bit less so, and the third the least common.

I'd say the ride is exactly what you have come to expect from GCI, except that it isn't...this is a figure-8 layout and when was the last time you saw a GCI coaster with only one pair of crossovers? In fact, I submit that the outbound run, from the bottom of the first drop to the turnaround, wants to be the Voyage's third act (from the bottom of the triple-down to the jump over the station return) when it grows up. It's about the same size (109 feet), and a comparable (but less violent) profile, displaying GCII's total disdain for any form of straight track. There has been a lot of talk about it being a "family ride", which by now you recognize as a thinly-veiled insult. But that isn't fair. No, Mystic Timbers won't be an instant #1 ride for most people. And it doesn't have the mind-melting (and ball-busting) extreme forces of, say, Lightning Rod or Storm Chaser. It's not some borderline dangerous monster that is going to seem like an amazing ride, but on balance really only just be a sensory overload.

But Mystic Timbers does have good, honest, old fashioned butt-off-the-seat hands-in-the-air airtime, the experience that has been so carefully eradicated from The Beast and the Racer in the name of maintenance and safety. The result is a modern wood coaster that actually remembers that is first duty is to be *fun*. That may be what sets Mystic Timbers apart. Make no mistake: it's an aggressive ride. But unlike so many aggressive rides that are aggressive to and past the point of real violence, Mystic Timbers is an aggressive ride that you literally could ride all day and still want more. I suggest it is the kind of ride that reminds you why it is that you love riding roller coasters. Or that turns you into a life-long fan.

No, it's not my favorite, my new #1 or anything like that. But it has instantly become my favorite at Kings Island, and it may we'll be Ohio's new best wood coaster. Kings Island has a winner here.

I'd say it is well beyond anything we have come to expect from Cedar Fair. It's a post-ride blowoff, a bit of eye-and-ear candy to keep you interested while you wait your turn to unload. A lot of effort went into it, down to including both day and night versions of each of the shows, and including additional elements that multiply the number of possible show combinations. It is a great effort by a team that is one of the best in the industry, and it is totally different from anything Cedar Fair has tried before. And there is enough detail in there to keep it fresh for a few rides.

Finally, keep your eyes and ears open for some great Easter eggs. One of the more obvious comes from the radio in the crashed truck. I won't reveal it totally except to mention that "now it's got you in the dark." And even that might be saying too much.

It would be awesome if they could do a coaster enthusiast theme for the next coaster event. Picture it...

Scene #1- The train rolls up to a dinner buffet full of empty containers. The added sound effect could be the ladle scraping the sides of the empty gravy boat.

Scene #2- The train comes to a stop in the longest ride queue imaginable. Just then, a large group of people breezes by the in FOL lane beside the train. Added effect of the wind rushing at the speed by which they run by...and bonus if they're giggling teenagers.

Scene #3- The train is stopped and riders are forced to watch the demolition of their favorite classic woodies...over and over and over...

Think of the horror!

The transfer track moves and the train full of enthusiasts is forced to ride SOB with each seat being a wheel seat.

On a side note, being the poopypants hater Jeff was referring to, I do think the ride looks like fun even though it seems a bit short. I will hit it up once or twice this year I'm sure.

Added effect of the wind rushing at the speed by which they run by...and bonus if they're giggling teenagers

...bouncing basketballs they won in the games area.