This is priceless. NSFW Language.

I think they tried to switch to horizontal, but that's not an option once u start filming, sadly.

Pretty sure it's Farenheit. Or Macerick ;-).

The lady got so obnoxious that by the end, I gotta admit, I was starting to turn on her a little.

Because I like a good twist ending, it would have been funny if the kid went a got a Fast Track and came back - skipping the entire line...and making sure she knew it, of course.

The kids should not have cut, but that doesn't excuse the threatening behavior of the other obnoxious people making a scene. They all seem pretty stupid and unlikable.

I will hear her nagging, annoying voice in my mind forever now.

I hate this kind of behavior, at six flags great adventure this has been a major issue for many years. I remember when I was a kid in the 80's and 90's staff used to drag people off crying and eject them for line cutting now it is just shrugged off. Both parties had pretty bad behavior, this is exactly why I usually spring for a flash pass. I was letting other peoples bad behavior ruin my good time. (line cutters and hostile vigilantes) I would bet this is not at hershey as their staff is usually good and would not ignore this type of altercation.

You know, stuff like this is one of the reasons I get a line-cutters pass too.

And now I pose this question... Are line-cutter passes changing peoples attitudes about the unspoken rule of waiting in line. Are people now less concerned with people cutting the old fashioned way because the park allows it in an other way?

If you are talking about Cedar Fair's Fast Lane, it's not a line cutter pass. There are two lines. A short, more costly line and longer, cheap line. You are not allowed to cut in either line. No park allows line cutting. And the reservations systems are an entirely different ball park.

You just don't get it, Pete. How else is he supposed to ostensibly not beat that dead horse while continuing to beat the hell out of that dead horse?

You're right, I guess it's a lostkause explaining it to him. :)

Not to encourage yet another STL pass debate, but Travis, I think it is exactly the OPPOSITE. If I see people have bought access to get ahead of me in line, I'm much more okay with that than 30 teenagers all cutting in front of me to be with their one friend. It is rude, it is way more of an "entitlement" thing than a paid pass is (or maybe "assuming" is a better word), and I think most people get MORE steamed about it. I KNOW I do. Maybe my perception is skewed, but if a person sees me standing in line and thinks it is ok to reserve spots for their friends, I get pissed. Paying for a different experience actually seems less malignant at this point. Also, if people are paying to cut lines, it pisses me off even more that MORE people are jumping in front of me that didn't pay for the pass.

I was just releaved that while they were cursing the line-cutters, no one called them little whores. I don't have time to read another 13 pages...

Bunky responded the way I intended the conversation to go following my post. We are having a conversation here. It is a question that I am sincerily interested in exploring.

I didn't realize that you now determine which direction the conversation goes in. 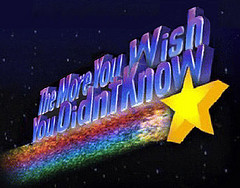 It's like buying a last row seat for Book of Mormon and then thinking it's unfair that people who paid more get to sit close to the stage.

As the creator of this thread, I didn't intend for it to be another b*tchfest about pay to cut.

Slithernoggin, that's exactly it. I was actually thinking about my favorite band (DMB) and how they have a special club that allows you to get access to tickets quicker, and they get better seats or seats to difficult to obtain events. However, they pay a yearly or monthly fee (I'm not sure which), and this gives them first dibs. Very similar to STL at parks. And that's fine for them. I don't pay for special access, so I get what's left. Doesn't bother me, never did.

^Nail on the head!

Every gig I ever bought a ticket for, I've enjoyed changing seats after every song... And woe betide anyone who sat there first!

Sigh... I was trying to have a conversation. Nothing I said was negative. I am interested in how people would have answered my question. I seriously didn't expect the negativity, but I guess in hindsight I should have.

I hate that we all just can't get along.

I think if people are becoming lax about others cutting in line it's more likely the result of our culture becoming more rude overall and the feeling that doing or saying anything about it will produce no results so why bother. When we see kids cutting in line we make sure they know we saw what they did and that if they get caught doing that by employees the park will kick them out but I'm guessing half of them don't think any more of it once the moment has passed. If a group in front of us asks us if it would bother us if one of them left and came back for the bathroom or to refill their shared drink we don't care.