A Maryland father accused SeaWorld of “pervasive and appalling” discrimination at its Sesame Street-themed park in Philadelphia in a federal lawsuit Wednesday, days after a viral video appeared to show a person dressed as the character Rosita ignoring two Black girls at the park. The suit seeks $25 million in damages from SeaWorld Parks and Entertainment.

OK, so let's game this out from worst to best case scenario...

Let's assume the person in the costume is a horrible racist piece of ****. Beyond the company firing the person and offering an apology, what else can they do? Individuals can do horrible things at will, which the company can only do so much to prevent. Is $25 million in damages even remotely in the neighborhood of logical given the offense? Is $1,000? I mean, I worked for the company, and while I witnessed some good-ol-boy misogyny at the corporate office, I wouldn't characterize the company as having an institutional problem with racism.

I don't mean to trivialize the situation or the feelings involved, because I think there's plenty of valid concern. In the worst case, I don't see how you prove that the company observed a pattern of racism and didn't care about it. In the best case, well, I don't even know what you do with that. There's no universe where anyone is going to pay out $25 million though.

What's the park supposed to do to prevent this from ever happening? It seems to me the park did everything they could to prevent this kind of misunderstanding from happening again. If their explanation is true, it seems even worse that the family wouldn't drop their lawsuit.

Racism sucks. What sucks worse is when someone pretends to be a victim of racism just to make some bank.

I don't feel icky saying that. All accusations of racism need to be examined, of course.

Given their explanation, racism does not appear to me to be a problem with Sesame Place. Now the park has to face ongoing scrutiny. People who do not know the whole story might view them in a bad light, which is unfortunate.

I always wonder if the aggrieved party is open to a sit down, where the performer is able to meet them in person, explain the misunderstanding, sincerely apologize, etc. Are they open to having their minds changed about what happened? If the performer could offer a reasonable explanation, would they or could they be satisfied?

My guess is that in this case, given that they are asking for $25M because a performer at a theme park ignored them, the answer is no, the aggrieved party is already beyond reason.

I wanted to add that the Sesame Street brand has always been inclusive. They are probably the reason I, and so many others, grew up so understanding and loving of people from all walks of life. Would a person with racist beliefs even want to work at an amusement park themed to Sesame Street? My guess is that would be very unlikely.

Seems like racism would be awfully tough to prove in this case. Maybe the performers were just tired? Who knows? I’ll bet you could find hundreds of incidents of kids getting blown off in theme parks regardless of color.

I feel bad for the kids, but I doubt performers always have time to stop for every kid.

Therein lies the problem... they've got at least three instances inside of a short period of time. The Rosita instance is the problematic one, the others seem not to have any intent other than the way people are "ignored" by costume characters all of the time.

But this is the wider problem in our society that people reasonably want to address, because a lot of racism (along with misogyny, homophobia and any number of other types of discrimination) happens by way of subconscious bias, micro aggressions and institutional racism. Those are all very real. I'm sure I'm guilty of it, regardless of my intent. However, we culturally have no agreement about how to address it, in part because a large part of the population, mostly white, doesn't think it exists in the first place. That's why many make the case that it's not enough to not be racist, you have to be anti-racist. It's the difference between not saying racist things and making it clear that saying racist things isn't OK.

Maybe the intent of asking for such a huge amount is to bring attention to the issue, knowing full well you will never get close to that amount?

I watched the video. I've worn a theme park mascot costume with a limited field of vision.

I'm sorry, but the real issue is that we have all gotten so sensitive toward the issue, nobody has the balls to call this what it is. A couple of Philadelphia attorneys trying to make a name for themselves by creating a national narrative that is borderline on the absurd. The first time I watched the video this issue fell into the "give me a break" category.

So now, every theme park has to meet a standard for costumed characters to acknowledge every single one of the thousands of guests they pass in fear of being called a racist if someone they miss happens to be a person of color? 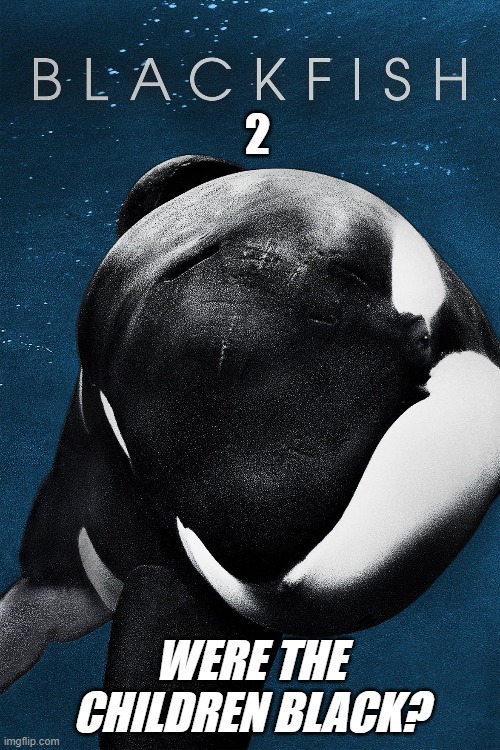 The simple solution it this. Just stop the character meets. This will never happen again but then you've got mad parents that their child can't get a picture. It's a damned if you do damned if you don't situation.

Even worse you make it so sterile that it's a "Ok, you stand here. Now don't move. We bring in the character from the right who stands here. No one move. Ready? Picture in 3.. 2.. 1.. Ok. No one move. Lets move the character out to the left. Now the children. Thank you. Next!"

Reminds me a picture I recently took at work. Every single one of these symbols is the result of someone doing it and, more than likely, the resulting "No one said I shouldn't do this.." lawsuit.

Ok, you stand here. Now don't move. We bring in the character from the right who stands here.

Hanging n' Banging:
I'm sorry, but the real issue is that we have all gotten so sensitive toward the issue...

I've gotta call you out on that one. "We" have a very different perspective depending on the color of our skin. I'm not saying the lawsuit has merit, but I've never been followed around a store by security, pulled over, or assumed to be good at basketball because of the color of my skin. If you're going to reduce it to a sensitivity issue, I don't think you're listening.

Am I the only one who sees the "are they black" meme as a not funny joke?

When that first came up with the original poster throwing it out only to quickly backtrack and blame it on the people calling him out, it was pretty funny and so was its subsequent meme status. That said, yeah, it's probably a bit on the fringe in this thread given the subject matter.

I'm not saying the lawsuit has merit, but I've never been followed around a store by security, pulled over, or assumed to be good at basketball because of the color of my skin.

And that's why I've been careful not to brush off the claim in this lawsuit and why I'm careful to understand the feelings of others with respect to race. I'm a white guy in my mid-40s that lives in a very conservative part of the country. I don't know the first thing about how it feels to be subject to discrimination or stereotypes.

Our meme is risky, for sure. If a stranger were to drop in and run across it they would surely think we were terrible human beings. But maybe that’s an inherent risk with all memes.
Anyway, as funny as I think it is, I’m willing to stop.
As for this incident, I think the cause can be easily explained away as visual impairment and that’s probably what’s going to happen. I think it’s hard to prove just what’s going on in a person’s mind when so many other easily proven factors come into play.

After watching the news story, this looks to me like the incident happened due to the performer's limited vision.

Also, did this incident happen as a part of a parade? If it was a parade, the performer would have also been under some pressure to "keep up" with their location, lest they get run over by a float. There was an incident were Pluto got run over by a float the performer couldn't see. Even it it weren't a parade, if the vision is limited enough that they can't see a giant float, they could easily miss giving a couple of high-fives.

I don't mean to trivialize the situation or the feelings involved, because I think there's plenty of valid concern.

I agree with this part. That is, it's not exactly a stretch of the imagination in this country that the parents actually do believe their kids were being discriminated against. In fact it seems that they truly do believe this. And now other parents who have video footage of their own kid being seemingly ignored at the same place are jumping on board (perhaps also believing, from their own perspective, that the same thing happened to them).

Then a video goes viral, and a lawyer sees an opportunity, taking advantage of the parents' real and understandable negative emotions. Or maybe Sesame Place really is filled with people who take thankless jobs as characters so that they can get off on being racist pieces of ****. Or maybe both things are true. Or maybe neither are. Maybe the lawyer also believes there is a pervasive culture of racism embedded in the culture of Sesame Place, and he's doing this to help make the world a better place.

I'm only really confident of a few things:

1) Your kid getting ignored at a parade like this sucks, and those pouty faces are real. And it has happened to every parent who has ever taken their kid to more than one parade of this type. They don't get the fist-bump, the hug, the candy. Feelings are hurt, hearts are broken.

2) If the parent of one of these kids told me that they genuinely believed their kid was being discriminated against, I would believe that, from their perspective, it's as true as the sky being blue.

2) Aside from the original, that was easily the funniest version of that meme. I may (or may not) be personally biased. But you don't have to think so.

I figured it was something along those lines. Depressing.

Chuck E Cheese now accused of ignoring a black child. What is going on?