Aurora plans to mark the 10th anniversary of the closure of Geauga Lake by dedicating an Ohio landmark plaque on the southern shore of the lake, by state Route 43 next to the old Geauga Lake Ballroom.

I first read dedicating an Ohio landmark plaque next to the Geauga Lake Bathroom and thought,hmmm that is a odd location,lol.

Who said they'd never add anything new to Geauga Lake?

Cedar Fair bought Geauga Lake to commemorate it with a plaque.

"Six Flags added an unheard-of four roller coasters in just one season in 2000....

"Economic misfortunes forced Six Flags to sell some of its properties...."

Makes it sound like they left the bank deposit rolled up in a newspaper, as opposed to, you know, discovering why adding four roller coasters in one season is unheard of.

(The article also upgraded Michigan's Adventure to Michigan's Great Adventure. Which is ... great.)

And in ten years they'll be crying over the removed plaque. Something about warm, family memories.

For generations, my family gathered around that plaque and cried about the amusement parks that had been there for all the preceding generations. This went on until no one remember why we gathered at the plaque...

The joke is now on Cedar Fair.

A decade later and they've yet to sell the 597 acre property which is listed for a pathetic $12.5 million.

The market for commercial real estate is just starting to unravel with brick and mortar retail businesses closing at record numbers. (shorting the companies that own all the retail malls, like Simon, Mills, and Westfield, is a good investment tip).

With Millennials more interested in experiences rather than consumer goods...that property would probably sell for significantly more than the $12.5 million if it had an operating amusement park and water park on it. And to think Cedar Fair spent millions more demolishing the property and relocating ride equipment to other properties that they really didn't need.

Some will say they wanted to kill the competition, but was Geauga Lake really a viable competitor to Cedar Point at any time? Closing it didn't seem to move the needle for Cedar Point's attendance. This argument is like saying Adventure City in Buena Park is a competitor to Disneyland.

I'd say the joke is on the Kinzel regime. The current version of the company would likely have handled things differently.

egieszl said:
With Millennials more interested in experiences rather than consumer goods...that property would probably sell for significantly more than the $12.5 million if it had an operating amusement park and water park on it. And to think Cedar Fair spent millions more demolishing the property and relocating ride equipment to other properties that they really didn't need.

I don't know. I don't think that Geauga's niche in the market -- catered picnics and locals -- would be affected much by Millennials. And moving attractions to other parks in the chain rather than building new attractions makes sense when the company was faced with a park that wasn't successful.

Some will say they wanted to kill the competition, but was Geauga Lake really a viable competitor to Cedar Point at any time?

No. Prior to Six Flags, Geauga was a wonderful little park that catered successfully to its audience.

Agreed, Six Flags is the culprit here. I don't know if Cedar Fair made dumber moves, I think the company was trying to make the best of a bad situation. 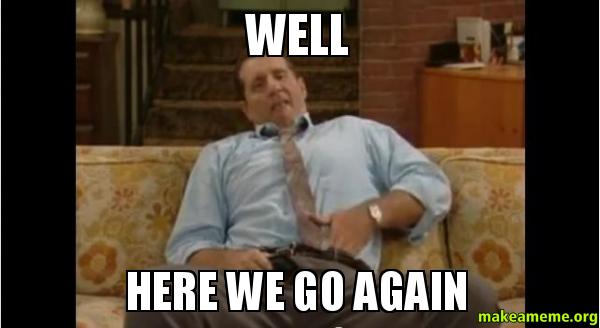 I have to say, I think overall, the real winner (if you can call it that) may be Waldameer Park in Erie. While it hasn't captured the picnics that used to be the bread and butter of Geauga Lake (many of those companies are now gone from the Cleveland area anyways, or the companies are no longer doing company picnics) I think Waldameer has picked up on the family and day camp experiences that used to go to Geauga Lake. Cedar Point is just to big for those day trip outings, but Waldameer I think is busier than ever.

^ While Waldameer may have seen a slight uptick in attendance since GL closed, I'm not sure how many people in NE Ohio are even aware of the park. They "kind of" advertise in the area, but it's usually as part of a "Come Visit Erie" commercial or even a Presque Isle Downs Casino commercial. If there are dedicated Waldameer tv commercials, I have yet to see one on the east side of Cleveland.

And that being said, I honestly feel that if they really promoted their Free Admission, Free Parking, #7 wooden roller coaster, water park with wave pool and children's play area, and that it's all within a 90 minute drive of Cleveland and they might see their attendance go up even more. But as always, I don't work in the amusement industry, so what do I know? ;)

Waldameer is a gem, reminds me of Knoebels in quite a few ways. It also has 2 of a handful of Tracy dark rides still operating. They are a must stop if in the area.

I've been convinced that increased attendance isn't always a park's goal. Especially for the smaller ones.
I think of what a Kennywood man said to a group of us way back in the day. In talking about the future of expansion he said they preferred to remain a "local" park- not even a regional one. Adding that their goal was to get every one in Pittsburgh to show up once a year. No season passes, no baby sitting, and no huge, unmanageable crowds. And that they relied on things like company picnics, school groups, and ethnic days to help accomplish that goal and to keep the crowds spread over the season. It made sense to me, and helped me know that things there were just they way they liked it- enough to maintain the park, add something new every year, and provide a nice place that the locals could come to.

In the meantime, as we all know, Kennywood has changed ownership and the goals probably changed with it. Truthfully, I don't enjoy Kennywood like I used to. It's still fun, but it seems really busy and a little less family oriented than it did. They've done their share of advertising outside the metro area and seem to be actively trying to snap up additional business. Progress.

I also think we as enthusiasts tend to think along the lines of "bigger is better". Waldameer has done a lot to expand their park, but in mere feet rather than acres. I don't think it's because they have an increase in business or because they necessarily want it. Maybe they're just trying to keep things fresh for the audience they have and are happy with that. Rides like Ravine Flyer are notable to fans like us, but you'd be hard pressed to find a lot of national recognition for it. They're proud of the accomplishment and it's done the job of keeping people coming through the gates.
I personally find smaller traditional parks a nice break from the big themers. Crowds are small, waits are relatively short, and we're treated to well-maintained classic or even antique attractions, the kind that larger parks cast aside a long time ago.

You are right- attendance is just one of many metrics parks care about. Season pass sales, in-park spending, group business, advance ticket commitments, length of stay, net promoter scores- these all help paint a picture as to the health of the operation- as does net profit.