Thirty-three years to the day it was first introduced in 1980, The Bat will fly again at Kings Island.

The 364-acre amusement and waterpark is changing the name and colors of the Flight Deck roller coaster to The Bat. The change will take effect for the 2014 season.

“There was a lot of passion and enthusiasm around this name change by our guests,” Kings Island’s vice-president and general manager Greg Scheid said. “They told us this is a name they wanted us to bring back. We listened and we’re excited our guests will again be able to fly The Bat at Kings Island in 2014.

“The name also fits the characteristics of the ride. Similar to a bat in flight, riders soar through the air, swooping, circling and diving unexpectedly as they enjoy this ride.”

The newly named Bat is similar to its predecessor as a suspended roller coaster with the tracks above the trains. When the coaster train turns a corner, the cars are designed to swing out to the side, sometimes swinging the riders parallel to the ground.

The new color scheme for The Bat will feature orange track with two shades of charcoal for the columns and structure. Black will be the featured color of the trains.

Designed by the Arrow Dynamics Company, The Bat was custom designed for Kings Island when it debuted as Top Gun in 1993. Riders soar over the tree tops and through a hilly wooden terrain and a series of sharp turns on this seventh generation steel roller coaster.

The attraction celebrated its 20th anniversary in 2013, giving its 20-millionth ride in June. The Bat is one of 15 roller coasters at Kings Island, including the new world record-breaking Banshee set to debut in 2014.

The original Bat operated for parts of three seasons from 1981 to 1983, giving 1.8 million rides. 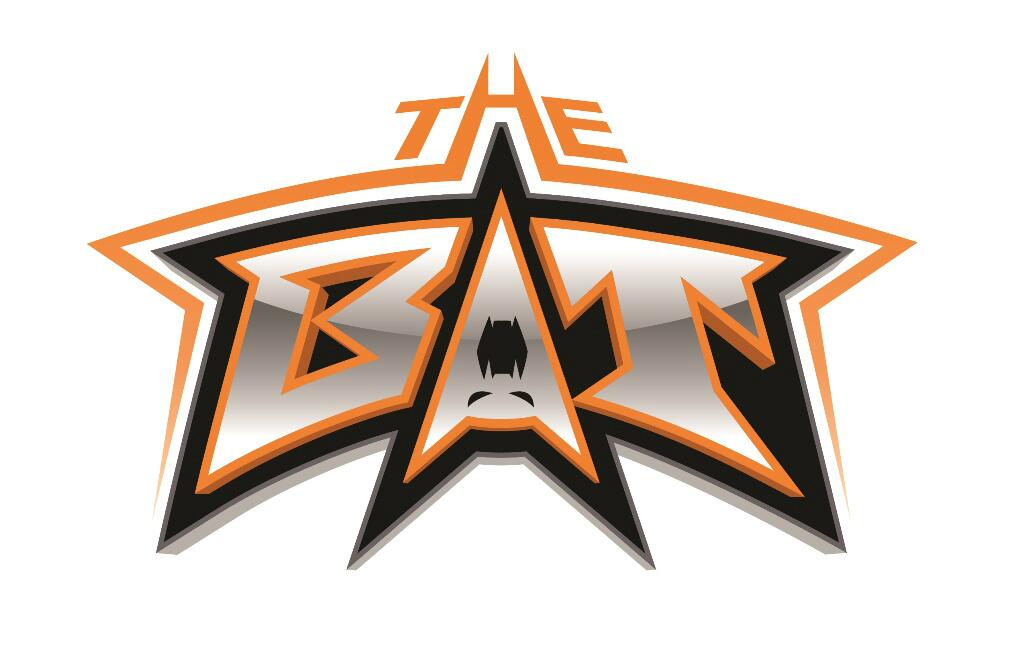 I'm not sure why, but I don't think this is such a great idea.

And wasn't the identical Vortex custom designed for Canadas Wonderland with its mountain and big pond?

If Action Zone was transformed into a Spooky Land maybe this would make better sense.

Not to be Negative Nancy, here. One thing's for sure, the ride can sure use a sprucing up...

^Action Zone is going through some major changes, Don on the Beastbuzz tour strongly hinted that the whole theme of the area would be slowly changed over the next few years. Im all for this, a movie studio no longer owns the park, it makes no sense to have a faux backlot themed area.

Almost any name is better than Flight Deck... which is kind of like calling a haunted house "Dining Room"

I got it. Bloody Falls, Death Drop, Rip Your Face/Off, Dementium, and I Scream, which is the only keeper.
Paint it ALL orange. Open that SOB haunt year round.

I had an inkling of this when the Banshee "leak" happened. Glad to see them go through with it. Always hated the Flight Deck name.

For the first time, the ride has a name I like....always loved the ride, though.

Banshee, The Bat.....next up, Beelzebub?

Seems like Marvin Miller wasn't totally incorrect after all. And to think someone was pointing their finger and laughing...

I didn't give the rumor much credit until I was at the park on October 12 and saw the old theming removed. 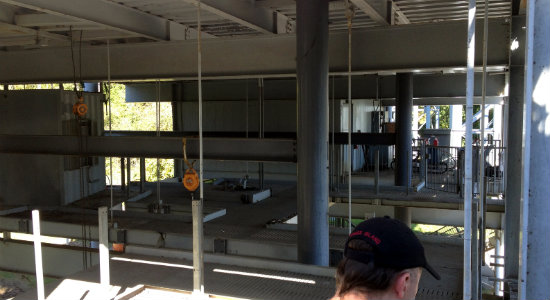 Awesome logo. I hope the funds are there to do something really cool with the station and trains since many of us remember the original Bat. I will be excited to see how Delirium, Drop Tower, and the rest of the area get blended into a whole new theme.

I got it. Bloody Falls, Death Drop, Rip Your Face/Off, Dementium, and I Scream, which is the only keeper.
Paint it ALL orange. Open that SOB haunt year round.

Dementium would be an insult to people with dementia. The League of Demented Persons would be all over their asses. And the last thing they need is another lawsuit from the LDP.

The Bat has always been one of my favorite names for a roller coaster. Flight Deck has always been my least favorite. I love the coaster, so it's great news to me that it is getting a cool name and theme.

And Gonch is right. That is one kick ass logo.

Now orange you all happy they are renaming that coaster? lol

Ever since the Banshee stunt, I couldn't stop thinking about how right this rename seemed for Flight Deck. So much that if KI didn't announce this soon, I was just going to enter the park and begin painting myself. So, what a relief seeing this was.

Here are a few reasons why I'm excited:

1. When Top Gun was renamed Flight Deck, I was annoyed. Could it get any more thoughtless and generic than that? The Cedar Fair takeover brought a quick generic disease to some of the attractions I had such fond memories of. I had been hoping it was just a quick fix, and that they would eventually give them new names, logos, and re-theme whole areas of the park. It's clear now that Cedar Fair is going to do just that. This brings hope to other super generic attractions like Backlot Stunt Coaster.

2. I really enjoy this ride, and there was plenty of discussion that its days were numbered. Maintenance was expensive, replacement parts were harder to obtain, Big Bad Wolf and other Arrow suspended coasters' fate, etc. Then, I was relieved when they announced it was finally getting a long-overdue repaint. But, they painted it entirely grey. It had to be about the dullest, most generic-looking coaster with the most generic name. The whole Bat investment after the investment of just painting Flight Deck is a good indicator that the ride is there to stay for awhile.

3. I wrote a feedback through KI's website after the grey repaint that Flight Deck was such a great coaster, but that they were failing to sell it to guests. That it looked dull and blended in the surroundings, but most importantly, that its entrance and signage was poor / difficult to find for the average guest. I said that the park needed to figure out a way to draw attention to it...that even a giant, bright sign or new entrance could help.

I know my feedback was likely a coincidence, or that this may have been something already planned, but man, does it ever feel like they listened and really thought out a great solution. With Banshee coming, Bat's new bright, attention-getting makeover (that ties back to one of KI's more interesting legacies) will be the perfect complement, and the name works well next to Banshee. I can totally see Action Zone being axed for an all-new themed area. This ride finally has a shot at getting some riders back to it again, and I really hope that I won't have to watch it cycle practically empty anymore.

And they could dye the water red. Now you're onto something!

I love this idea. I was never a fan of the Action Zone theme (how did SoB fit in anyway? Maybe class action lawsuits?) The queue is so long and isolated that it seems like there's so much you could do to spruce it up and make it kind of spooky all on its own.

Now, if only they would bring back the bat head and talons like on the original cars. (I know, too expensive, and not realistically possible, but a boy can dream). Still think those were just so cool back in the day.

I had a friend once that owns one of those bat faces from the original train. If he still has it, and i dont know why he wouldn't, I doubt he's willing to give it up.

And I don't think it would be so expensive a project to re-create them. Just sculpt a mold and vacu-form them or something, and attach em to the cars. In fact, I'm looking for them to do something like that. Maybe.