Is it a Coaster??? Haunted House at Camden Park

Dave, here it is:

And similar to the pipeline coasters, Duane lists it as a Steel coaster. The way I found about it was in ACE's census. Plus it was on our ACE trip through Spain last year.

But was Matterhorn really concrete? Or, was it just a material used to cover everything up? In other words, a steel structure with a fiberglass formed to look like a cave. Montaña Suiza has it's track actually affixed to concrete.

On the other hand, I guess you could say Montaña Suiza is as much a concrete coaster as the mine trains are wooden coasters.

Yeah, that's true on both accounts. Either way, I was hoping to see 2 formed curb-like "rails" with a coaster running on top. :)

I think the amount of fun you can have at Camden and parks like it are based on the groups you go with. If you go in alone you'll probably blast through it in a couple hours.

I visited in 2001 was supposed to meet up with friends. Got there about noon and did everything I wanted. The Caterpillar was the unique thing then that I've only ridden one other at Idlewild.

I was pretty much done with the park by 2 but was waiting for the friends and eventually decided to leave. Got my hand stamped and took some pics from out in the parking lot and the friends show up. Man we had a ball for another four hours. The bumpercars are insane, The whip is nuts. The NAD Jr. is a trip in itself. Paratrooper, Insane spider and at that time. THE FLUME WAS COVERED BY WEEDS AND STICKER BUSHES. No kidding you layed in the log to get though it. Was honestly worried about a snake or mouse jumping in. They've cleaned things up quite a bit. A couple years earlier than that, BIG Dipper actually had a bent collapse.

I hear the park is doing pretty well compared to where it was. I wish it well. I pass it about ten times a year. Surprised I haven't stopped back.

I agree that if you are with friends, you'll have more fun at Camden Park. When I spend time with family there, I always enjoy it more.

Other parks, on the other hand, I can enjoy either alone or with others.

Darkride fan here, just starting to get into the coaster "scene"

I would consider that a gravity powered darkride moreso than a coaster, because the vehicle looks more like a little Pretzel car than a train and it's not really riding on rails, but opinions are like you know what! Everybody has one.

I agree with you, billb7581. Camden Park's Haunted House is not a coaster to me.

Nice to have you here. We talk a lot about coasters, but not exclusively about coasters. There are a lot of discussions about general amusement park topics, and dark rides are included in that. I would guess that dark rides is way up there in topics that we discuss.

For me, "combo rides" can count as both. For instance, in the PNW there are two rides that are very much hybrid flume-coasters. (Timber Mtn Log Ride and KerSplash). You'd find both of them on my track record, even though both of them are more flume than coaster...

Don't get me wrong.. at 40 years old, I've been on a ton of coasters, some now defunct.. but I just recently started taking more of an interest in it.

I've seen the Family Kingdom's log flume referred to as a coaster because of the bunny hop after the first drop. Heck, I think they even mentioned it themselves on Facebook, but I don't count it myself. Fun flume, though!

There are a number of other flumes that could be crossovers. Skull Mountain at SFA has a dry drop and bunny hill. It is not coasting the entire run after the lift like Haunted House though.

Also the two flume mountains in Orlando have "roller coaster drops" in the dark that consist of a drop and a uphill segment before splashing down again. Dudley also does the bunny hop maneuver at the bottom of the big drop.

Sorry for resurrecting such an old topic, but RCDB added Haunted House to the site this week. Anyone going to reconsider not counting it now?

I saw that yesterday. It does have similarities to a coaster, such as a track, a lift hill, a drop, and is gravity powered. I would feel kind of dishonest adding it to my track record, so I guess I don't really consider it to be a coaster after all.

I don't count powered "coasters" either.

I don't count the Haunted House at Camden as a coaster. I say count it however you like.

I was there this past Saturday. Was very clean. Rode the new Slingshot coaster. Fantastic family ride.

To those that don’t count it: how is it any less of a coaster than this? At least the Camden and Conneaut rides have a substantial drop. 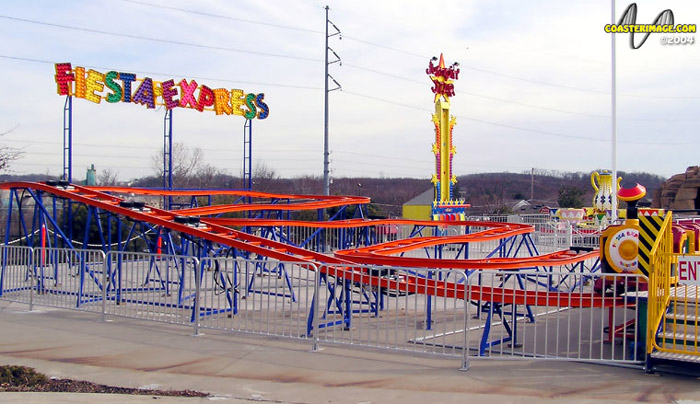