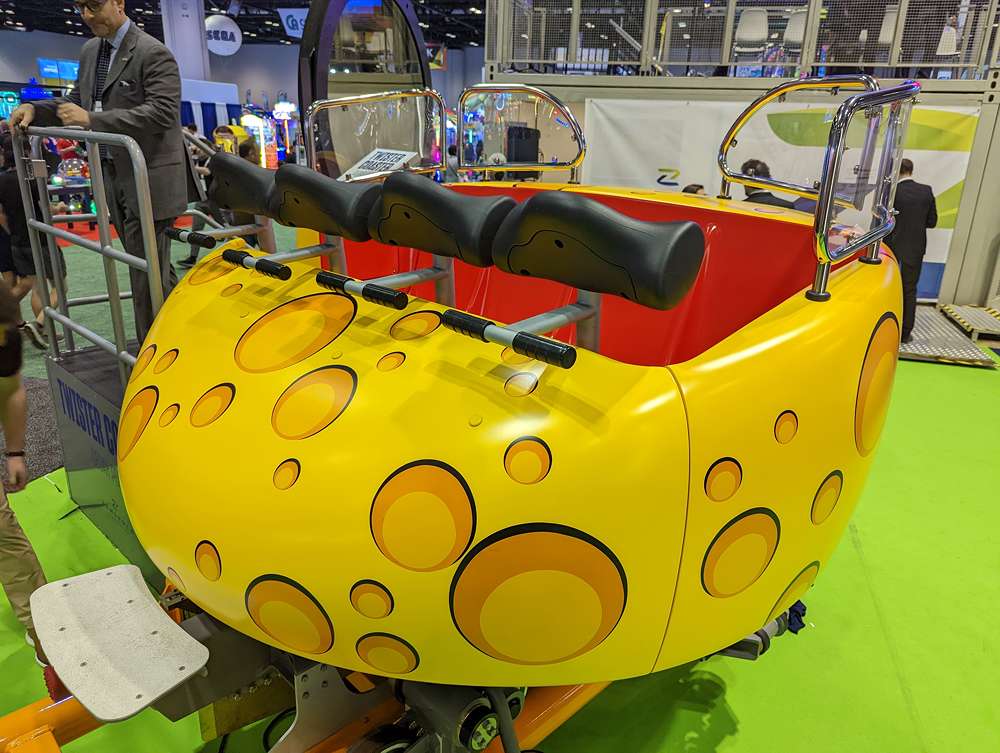 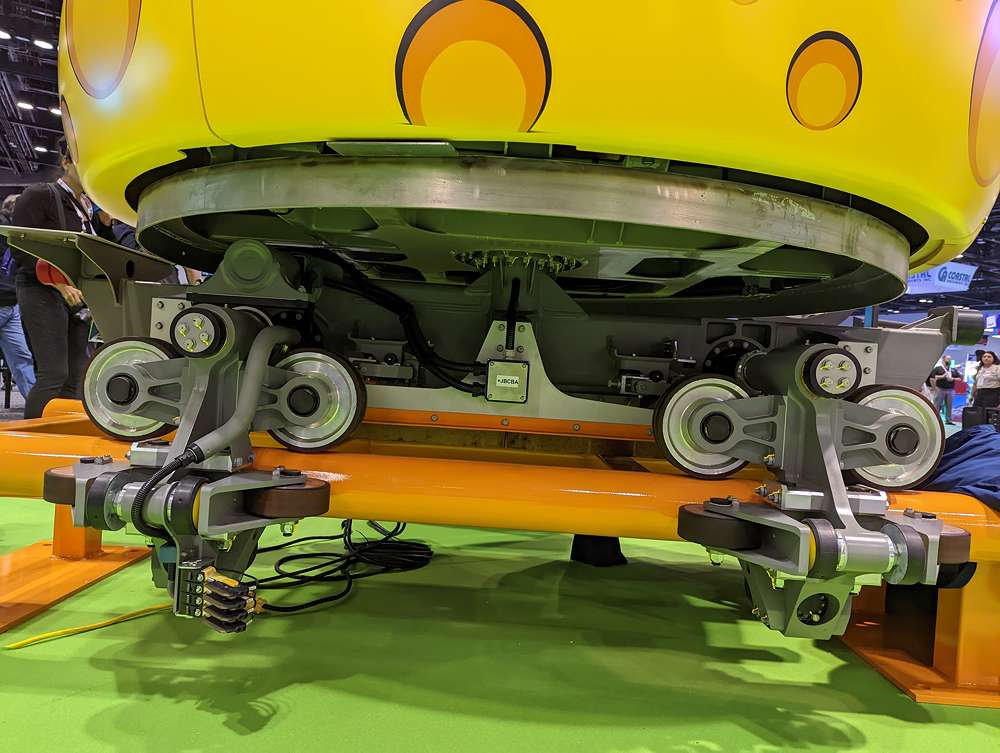 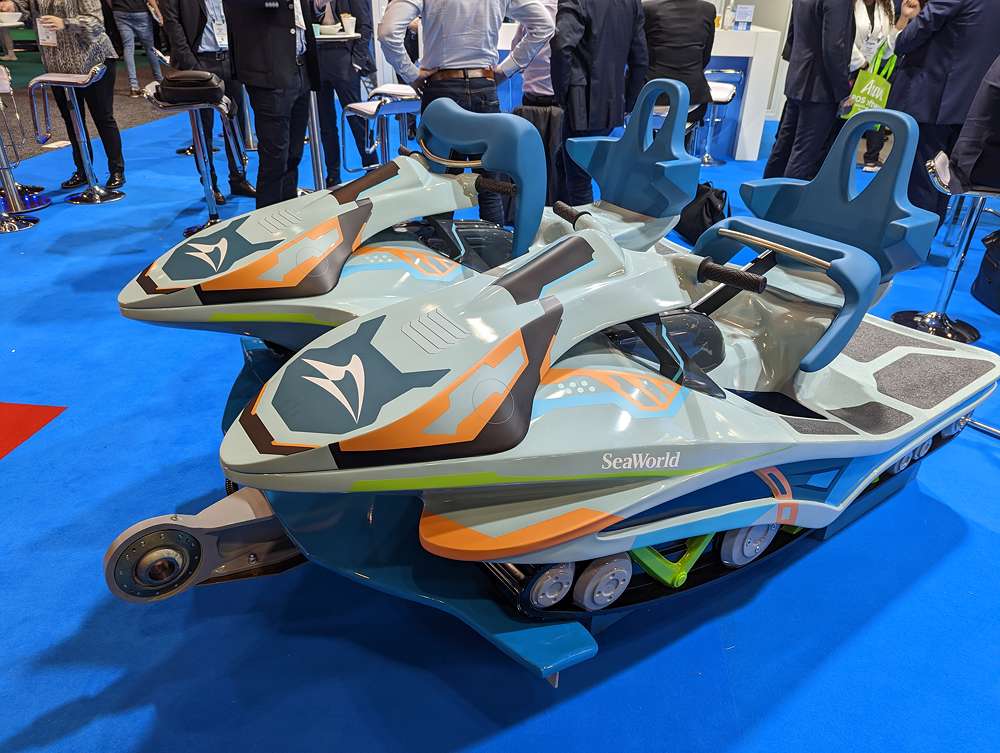 The entrance was pretty exotic this year: 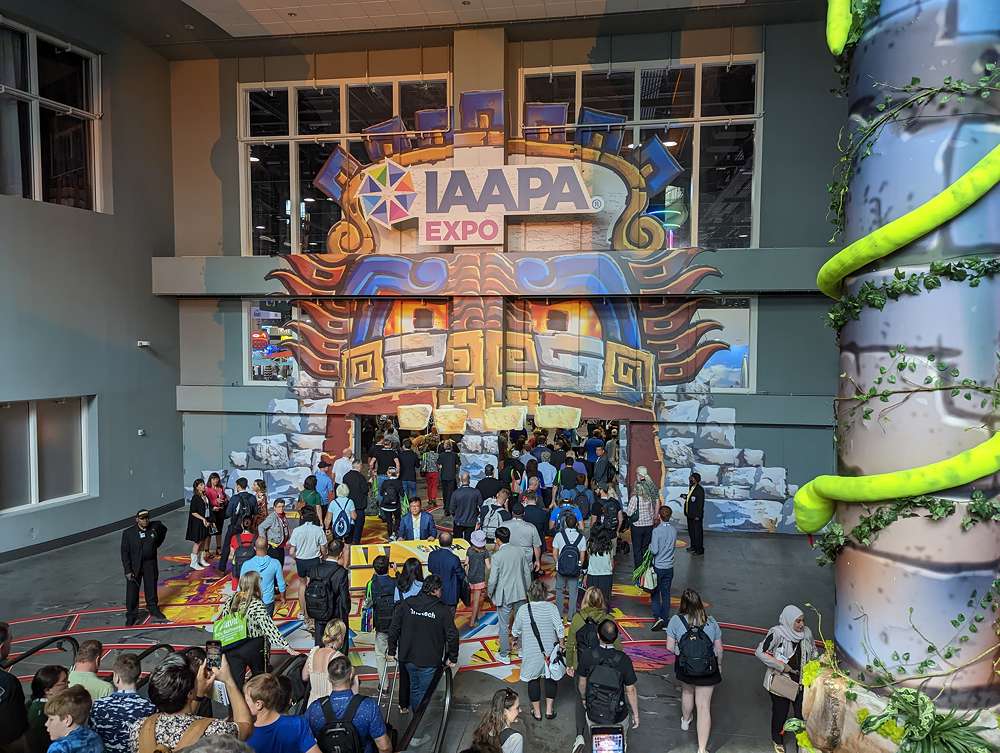 Meh, it's mostly stuff that will be public in the coming weeks anyway.

So true on the train car reveals. I’m weirdly excited about them for whatever reason. They are a helluva lot more interesting looking nowadays.

Sucks to hear about the company culture changing for the worse. I wish I could hear more about what it was before and what it has turned into.

Thanks for posting all the photos!

The changes in company culture at the big operators is mostly getting worse, and that sucks for the industry veterans. Trust and empowerment is sorely limited in those companies.

I would hope that given the recent power employees have found in the workplace as a whole, this could potentially course correct in the near future. Does it seem like it is still the outgoing generation holding onto old school practices? Or is it the new generation of leaders? We all remember the breath of fresh air during the Kinzel to Ouimet transition. Was that a one off?

We've talked a lot about it here though... the Scott Ross SeaWorld mess and revolving CEO's, the decimation of Six Flags corporate and the crazy micromanagement, the Paramount leadership at Cedar Fair that doesn't listen to anyone on the front lines.

We all remember the breath of fresh air during the Kinzel to Ouimet transition. Was that a one off?

Quickly reversed when Matt retired, I would say. It's not as bad, but it sure ain't good.

All decisions - from big to small - at Cedar Fair have been consolidated to Charlotte. The Cedar Fair GM’s are nothing more than figure heads. I almost get the sense people were more empowered from a strategic standpoint in the Kinzel era than they are now. Interesting to see how much the culture has shifted post Ouimet.

Those are expensive “figureheads”. Why would they try to fool everyone that way?
I retired from a large corporation and the pyramid was clear. I believe GM’s are in place and carry importance for a number of reasons with planning and design probably being on the low end of their responsibilities. They are responsible for the day to day operation and they report to the boss- all the numbers, etc. They may not make all the decisions but are expected to oversee implementation. They are the necessary local presence and everyone relies on them, from the park employees, to the middle managers, to the Big Boss.
I don’t know what concrete evidence we have to show that everything corporate has moved to Charlotte, but if so who cares? We’ve already beat to death the argument whether anyone in their right mind would choose Sandusky Ohio over Charlotte for year-round living. (Or maybe that was over at Pointbuzz, but it happened)

If Zimmerman didn't learn anything from Ouimet, then Z's ego has to be pretty huge. I'm not saying Matt was perfect, but his style of leadership was effective, energizing and got results. He held people accountable to outcomes, but he didn't get in their way.

You've probably heard the story he told at IAAPA one year, about starting at Disneyland. On an early walkthrough with his staff, he noticed a churro cart in front of the castle that was likely ending up in a lot of guest photos. He asked them to move it a hundred feet over or something.

Soon after, some middle manager stopped in his office and asked why he wanted the cart moved. After explaining it to her, she said that they had tried that further location and it reduced sales by some significant percentage. He asked her how much the cart sold per year, and it was something insane like a million dollars.

He told her the cart should stay put.

Leadership is not telling people what to do, it's setting expectations and helping them get there when necessary, and otherwise getting out of the way.

So true on the train car reveals. I’m weirdly excited about them for whatever reason. They are a helluva lot more interesting looking nowadays.

He told her the cart should stay put.

Jeff, I'm confused. The cart was moved back to where it originally was, or he had it stay put at the new location?

Based on my understanding of your assessment of Ouimet, I think you meant it was moved back to the original location. Just curious.

It was never actually moved, I guess, but for the purpose of the story, it only matters that it remained where it was generating the most money, because he listened to his people instead of making arbitrary decisions without context from people who were closest to the operation.

Incidentally, Google Street View implies it's still there to this day... 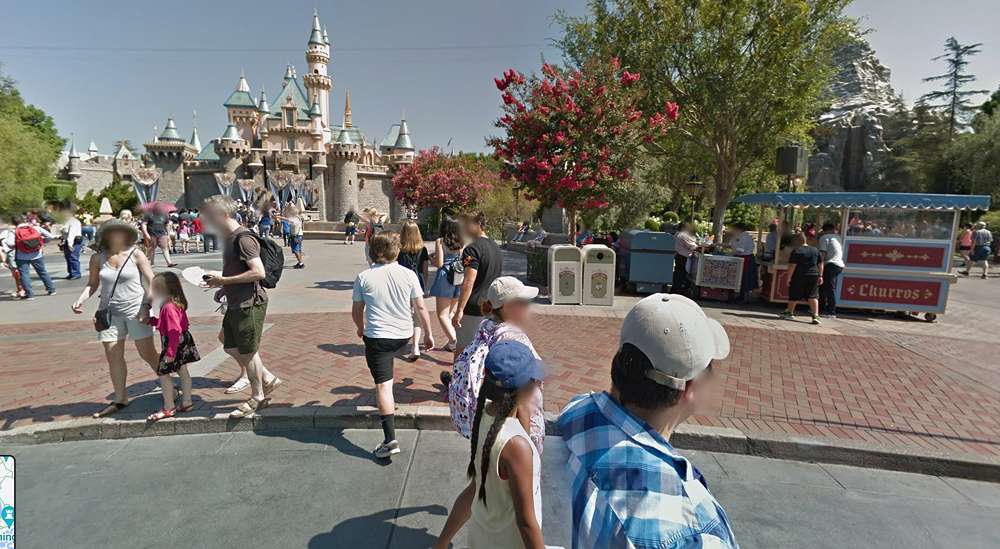 I wonder how much money those garbage cans are generating.

I wonder how much money those garbage cans are generating.

On my first adult visit to WDW in 2006, I remember saying "I can see where my money is going." This was referring many things about the overall experience, but the cleanliness was absolutely one of them.

So yeah, by not having litter in your #1 photo spot, you're doing it right.

(according to this one photo) Anybody with even an ounce of photo staging skills can set up a shot without the trash cans, or stand your family in front of them to effectively remove them from the shot. The Churro cart looks to be a non issue.

Yeah. Ouimet may have been a good CEO but if that angle is any indication he's not a very good photographer.

OK, having clicked around Street View a little bit, I can see why Ouimet had the initial reaction he did. The churro cart interferes with the scene - it really stands out. If you were walking through thinking, "what would make this look even better?" moving the churro cart would probably be the first thing you landed on.

(And, yes, it would be super easy to exclude it and still come away with a very nice photo.)

Jesus Christ, the churro cart doesn't matter. It was a story about trusting and empowering your people.