CoasterBuzz has photos from around the IAAPA Expo 2014 show floor today, including many gratuitous roller coaster car photos.

Check out the action on the CoasterBuzz Facebook page.

What? No autoplay video with techno music Ala IAAPA 2000? What a ripoff!

You know, by the third IAAPA I went to, I realized that nothing really changes from year to year. It's really not all that interesting, which is true of most trade shows in most industries. That said, for me it's a convenient way to catch up with lots of people I wouldn't normally see every year. That's why I don't really "cover" the show as I did back then. Plenty of others can and will do it.

I think I need to be more selective with my FB "likes."

The carriage for Thunderbird looks like a departure from most B&M trains. It doesn't appear that there will be any physical braking whatsoever.

I'm not sure we can tell. There clearly was something not bolted under the train, as there was a piece bolted to the staging track in the middle, painted like the track and apparently not train hardware. The brakes imply that these trains will still have the standard center piece to the bogie that links to the next, but what isn't clear is what will be on it. I assume there will be magnets. Can you put the magnets only outboard of these brake fins? That would make sense because the stators would fit in between the channel in the undercarriage. 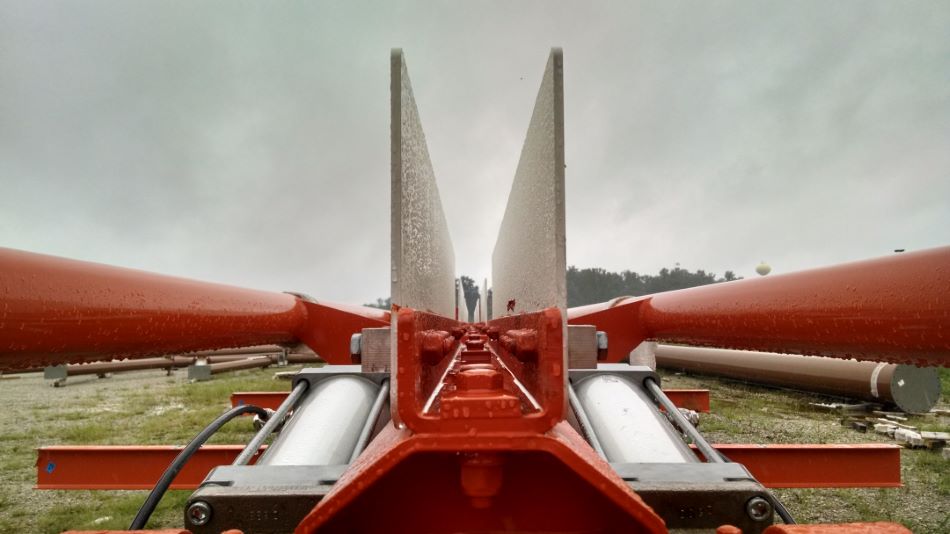 This photo dispels my early thought that they wouldn't use a center beam for braking. Clearly not everything was attached to that train at Iaapa.

They apparently ship the trains without the beam (which is also the linkage between bogies), as you can see in the background here for GateKeeper: 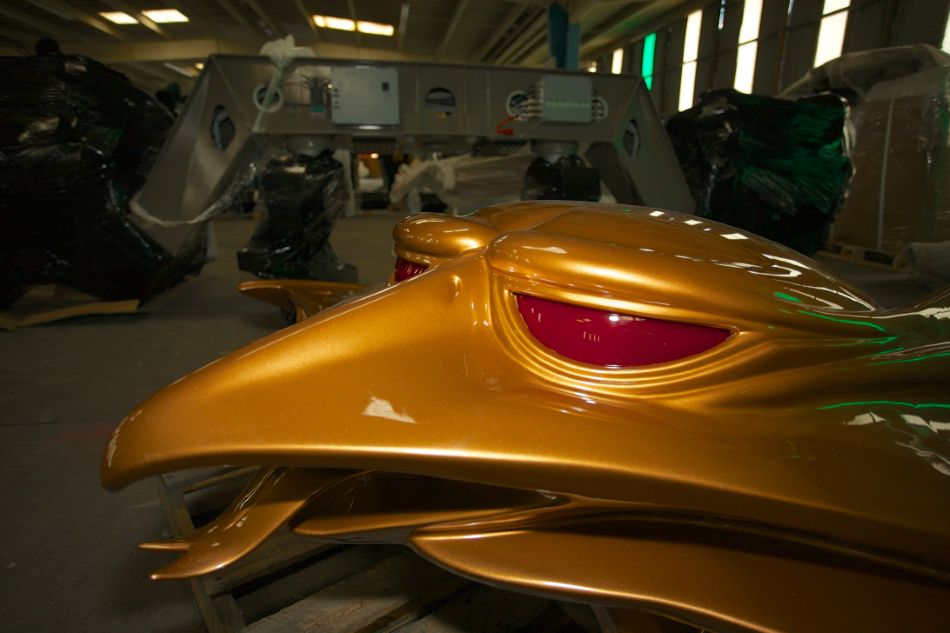