Would CF ever consider a guided tour of Geauga Lake? Perhaps as a charity event, similar to the winter tour of CP? I would find it fascinating to see the grounds... We recently toured an abandoned campground here in upstate NY that I have a lot of history with as a child, and it was amazing. Thoughts? Interest?

I wouldn't allow it. It would just lead to a bunch of people who are still butt-hurt about it closing showing up and making a scene.

Besides, you know what is there to actually see? Hey, look that massive overgrowth over there was double loop.

Another good reason to not allow such an event is that people could get hurt. Unless the buildings and structures are being taken care of, there is a chance of them being unsafe for people to climb around near or on.

This guy, on the other hand... 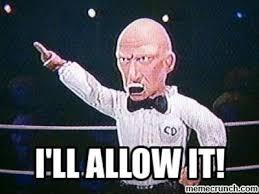 Fair enough... I get the butt hurt angle.

But as for the "nothing to see" reason, I disagree. When we hiked through Camp Beechwood it was completely overgrown. The buildings were locked, so no worries about going inside. But my mind's eye saw a completely different place... I saw kids doing arts & crafts in the lodge. I saw the 3 fishermen putting worms on hooks for the kids. I heard kids singing as they walked down the trails. I imagine I would see the same at an empty park.

I personally have no real ties to Geauga Lake... I guess you could insert any park here, but I know CF has done some cool enthusiast events in the past.

I have plenty of memories of geauga lake. I would rather remember it for what it was then what it is now. Simply put your not going to get a happy bunch singing songs, and doing anything, besides complaining. Jeff, has got it right.

Sorry, but I can't think of anything more depressing than traipsing around a place that's gone, (for all intents and purposes,) that I wish was still here. (or do I?)

One time on a trip to Ft. Wayne we came across the abandoned Indian Lake amusement park at Russels Point, climbed the fence and took the "tour". At first I thought it was cool, but the further we explored the sadder I got. Then, to make matters worse, we wound up the day in Ft. Wayne.

I can understand the appeal. On a coaster trip to Ohio and Pennsylvania years ago, my mother and I stopped at the by then closed Idora Park. (She took me on my first roller coaster ever when I was a child, at Idora.) I would have welcomed the chance to explore the grounds in the company of someone who knew the history of the park.

But Geauga? I agree with Jeff, too likely people will show up still angry about a business operating a business like a business.

AND to make matters worse, it was a college friend's wedding. Ugh.
Did I mention her dad was a complete jerk?
And there was no booze?...

Right outside of Ft Wayne is one of the better 'Dragon Wagon" style kiddie coasters you'll find. Took 2 rides on it this summer as we drove through the area. http://rcdb.com/3620.htm#

And they have a Culvers

Tommy, you need a Culvers there's three right here in Columbus. The closest to you would be in Powell, right near the Columbus Zoo and Jungle Jack's. So on your next trip...
And next time I'm up your way, I'll stop at the Eat'n Park.

I'd agree a Dragon Wagon should be dragon-specific, but I'll give you this one. It is one odd little Wisdom coaster, isn't it? Subterranean! With an evac ladder in case it valleys in the pit, I noticed...

As recently as last year you could still make the park come back to life if you scrolled around and spun the view enough. But at least there's always Historic Aerials.

I saw that earlier today when I was looking for something else near the Cleveland area. That was depressing enough.

It is sad I live so close but I have never been there.

koolcat1101 said:
It is sad I live so close but I will never go there.

Fixed that for you.