A group of Canadian game developers have started a Kickstarter campaign to raise money for the development of a theme park simulation game.

Parkitect is a simulation game where you get to build a successful theme park! Design roller coasters, install shops and thrill rides, and top it all off with incredible scenery and dynamic landscapes. Management is key: you'll have to look after employees, resources, and park infrastructure. Fail at that and face the consequences! Unhappy cashiers might annoy guests, unhappy custodians will leave your park a mess, and unhappy ride maintenance teams will leave your guests a mess.

IIRC, Ron Toomer once spoke during CoasterMania at CP where he described it as, bending the pipe to match chalk marks drawn on the factory floor.

You already know - he's in the fast lane from L.A. to Tokyo.

No, that was Joan Crawford...

(fixed that for you - Gonch)

Um. What's going on in the little cartoon above and below the picture?

Looks like she's getting a ride on his polercoaster.

Slithernoggin had to go to some very seedy websites to find that meme. lol

Wait, what? I don't see anything above or below the picture.

Um, just to be safe, though, deleting it momentarily....

It was cartoon banging, but cropped in such a way that you couldn't see the good parts. lol

Fixed it for you.

And it's kind of funny that no one ever connected the two to make a meme before.

I don't think that was what hall think it was in the picture. The site the meme was from was called Kitchslapped. It was a kitschy cartoon man slapping a woman. It also kinda looked like they they could have been having sex, but I think that was just the angle and out of context.

So many times I've seen images like that, and when you see the full picture, it's nothing like what you might have imagined it to be. They end up being quite innocent, a real twist from the expectation established by the smaller picture.

...and now I'm thinking about the strecthing room in Disney's Haunted Mansion.

I never saw this other picture that came along for the ride, and I don't quite understand why not. I just did a quick image search and copied it in, next time I'll do my due diligence.

Thanks for fixing it! Always love Faye Dunaway in her signature role. 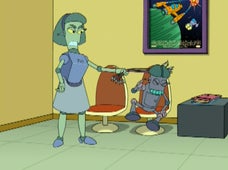 Sorry to put this thread back on track, but I'm really liking the concept behind the track builder in this.

Simple as RCT ever was, but with a TON more flexibility in angles and pieces to create more unique stuff.