Wrestler/Singer Chris Jericho and his band Fozzy took Voyage for a spin for their latest video.

I was expecting Fozzie Bear, and now I'm disappointed.

I'd be pissed if I were one of the other 3 guys in the band that got a collective twelve seconds of camera time.

Also, angry hard rock seems a lot less angry and hard rock when the video is shot on a roller coaster. In Indiana. At a place that used to be called Santa Claus Land.

That video is just begging for Beavis and Butthead commentary.

My wife tagged me other day since we both watch AEW and love Jericho and Voyage. Plus the fact we got married on it kinda adds a little something for us. :) 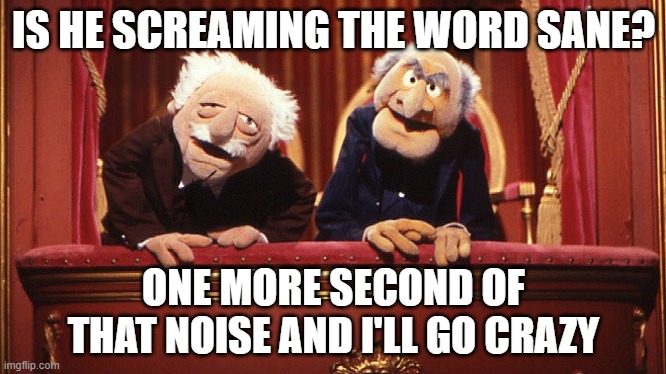 I am more familiar with the band than I am Chris Jericho's wrestling. He is a outstanding performer with both, from what I can tell.

That's was an interesting concept for a music video. I read somewhere that Chris Jericho is a coaster enthusiast. I think that's cool...

What I don't think is cool is the "phone it in" formula of hard rock songwriting that is extremely popular these days. So boring.

That poor guitar. I suspect it had a rough landing as a loose object. :-)

So now Jericho is not only the Ayatollah of Rock & Rollah, but also Rolla Coastas?

I think I read somewhere else they did 12 laps.

I read somewhere that Chris Jericho is a coaster enthusiast. I think that's cool...

Semi Related- Mic Foley (aka Mankind/ Cactus Jack) is a confirmed coaster enthusiast as he was at the 2002 Stark Raving Mad event. I believe Paula even made a quick announcement he was here to drum up some excitement, and he spoke once for a minute on why he was an enthusiast.

Towards the end of one night at the Raven, we were either near each other in line or on the same trains. Out of respect I never tried to bother him, but he struck me as a down to earth guy and didn't want to make a big scene. He never asked for special treatment ( he was waiting in line with everybody else) . He was friendly with anyone who wanted to chat, but appeared he was there by himself just wanting to enjoy some Raven/Legend night rides.

It's interesting how "celebrity" is a relative term. To me, Lord Gonchar is more famous than any of the above. He's kind of down to earth, but also kind of a dick.

Yeah, Gonch is more of a celeb to me too. I suppose it depends on your interests. I'm way more appreciative that I interact online with Gonch than I would be if I interacted with wrestling actor.

Case in point, maybe five years ago, I was getting off the Beast with a buddy, I don't remember who now, and at the exit was a dude with a cameraman pointing a camera at him. Whoever I was with said, "Oh look! That's Mic Foley!"

I think they got that on camera because then this Mic Foley character laughed and commented to the camera about how "That guy must not watch wrestling."

So I might be on some kind of TV segment about Mic Foley riding the Beast... or I could have ended up on the cutting room floor. LOL

I think I am a celebrity, in my own way. Perhaps everyone thinks that about themselves.

One of Moosh's favorite stories was the time at SRM that Mick was dancing with Paula and he cut in. Good times.

Those are interesting takes that I never considered before. There are a lot of things I’m not interested in, like certain genres of music, and yet I would still consider people who have accumulated success in those genres to be celebrities even if I’d never heard of them.

Even moreso than Gonch…although I did once mark out when I saw Gonch post on a private Facebook group I’m also a member of.

Let me just say, it's about time we acknowledged and accepted my celebrity status around here.

I guess it's obvious that this is how celebrity works. Kind of like assigning value to any given item - one person will pay X for something and another wouldn't go anywhere near that. Depending on your circles of interest/influence, someone (and their work, presumably) either matters to you or they don't.

As someone that has more than a passing interest in heavy music and pro wrestling, Chris Jericho (the singer for Fozzy) is basically "one of us" and we dig him for it.

If that's not your niche or wheelhouse, you probably couldn't pick him out of a lineup of dirtbags.

Lineup of Dirtbags would be a pretty cool name for a hard rock band...OR a pro wrestling team.