it is an Orbitor, nice style with the gondolas. 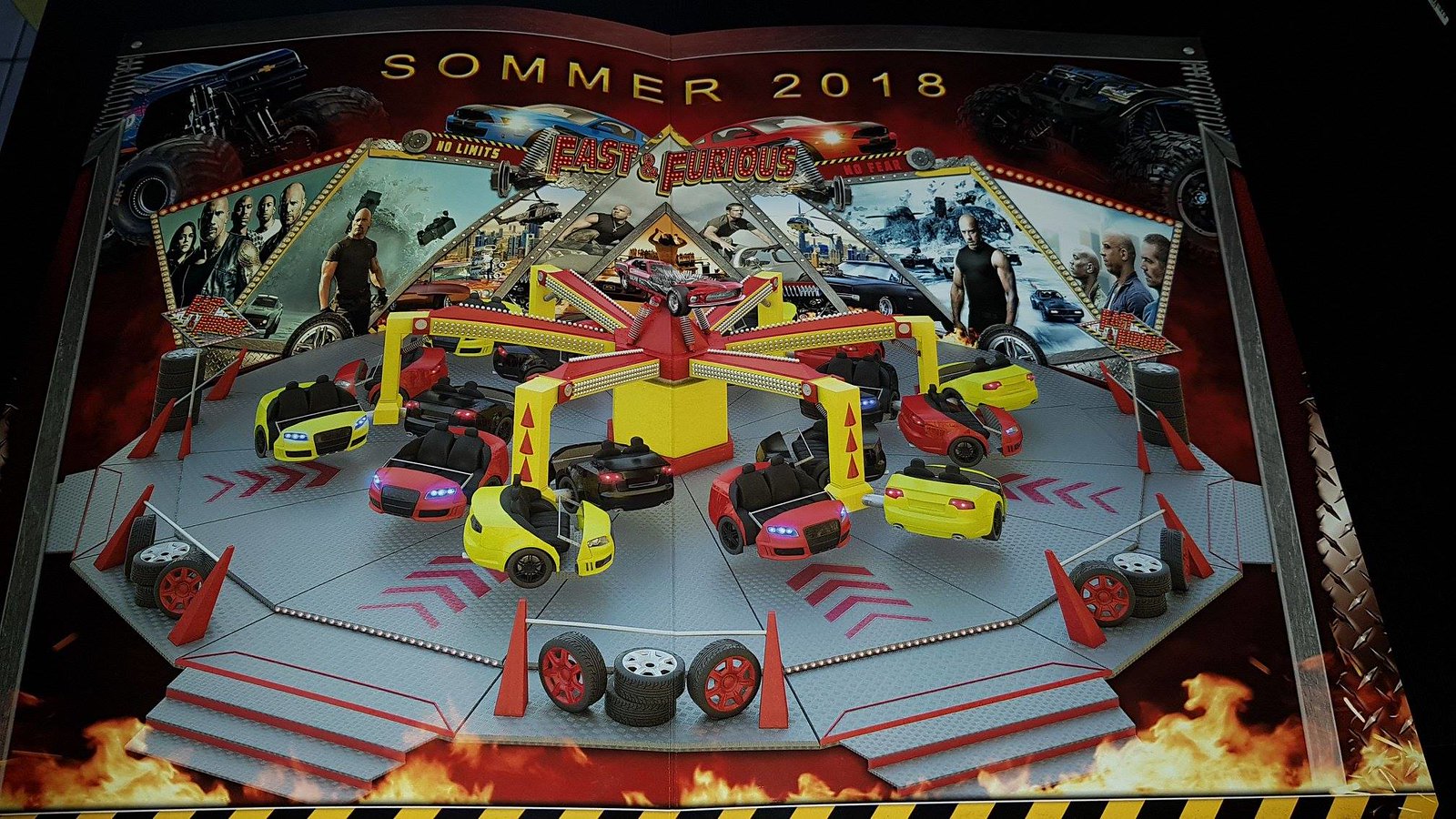 I wish the Family Zimmermann a lot of good business from 2018 and upwards.

Not to nitpick (and no offense to kpjb), but of all the potential cars from the film franchise, this ride's vehicles are based on Audi sedans?

Hmph. That’s what the world needs- another Orbiter. I’m sick and tired of these companies that take common as hell rides and do nothing but dress them up as.... wait.... is that Vin Diesel I see? Ok, I’m good.

Is Audi that bad? My german triumvirate preference: Stuttgart > Ingolstadt > Munich. But back to subject...I'd much prefer this carnie ride than what Orlando is getting in a few months.

Audi is great. Just not even close to the first thing that comes to mind when thinking of Fast & Furious. There's nary an Audi to be found in the ride's backdrop art, even.

Edit: Ok, I just searched and found that Furious 7 had a scene with an R8. That's apparently Audi's only appearance in the franchise, and it took 7 films for the brand to be represented. And I've already put too much effort into nitpicking in the first place, let alone defending it just now. I'm now aware that there's a Fast & Furious wiki. I don't think I wanted to know that, but now I do, and as much as I'd like to, it will never be possible to un-know it. I was already debating whether or not I should even post about the ride vehicles in the first place because it was coming dangerously close to those who complained about Top Thrill Dragster's theme because top fuel dragsters don't drive vertically 420 feet into the sky. But now I'm one of those people.

*chuckle* that was an amazing trip into your thought bubble!