During the winter until most likely june 2017 the Eurosat-coaster willt be closed.

Over it's many years of operation ( opened back in 1989 ) lots of people have riden this wild indoor spacethemed rollercoaster.

It is its roughness that attracts many rides to ride it over and over, but this all had its toll on the track, so a big overhaul was needed.

During this winterseason the coaster will be closed and taken apart, the tracks will be replaced by new one mostly retaining its original layout, a 2nd station will be added for VR-customers. They had several new ideas for the ride even a version with a vertical lift, they opted not to change too much in honor of Franz Mack ( considerd the foundingfather of Europapark)

Since the coaster is located in the France-part the theming will have to do something with that, but what they did not want to tell us.

So in 2018 we can expect a " new" rollercoaster in Europapark and let's see what more things they will get to suprise us with. The above information was told on the "Fantreffen" in June, also they told about the new hotel ( opening start summerseason 2019) and the waterpark ( opening end 2019 )

will it still have the cool spiral lift?

They tought about making it with a vertical lift but they changed their plans to make the ride as close to the original as possible. On the renderinganimation they showed us to me it seems that only a few slight changes will be made to the layout, I noticed two small airtime moments extra, and perhaps some changes to banking in certain parts. To me all the supports seem to look exactly as they are now.

So the whole track will be new... a 2nd station will be added for VR-expierence ride and for this rebuild they have to take the whole " globe" apart, at least that was what I got from it.

Thank you. I hope to get to Europapark some day and this was one of the rides I was looking forward to. I am glad to hear they are just improving it and not making a entirely new ride.

Inside of the "Deutsche Allee" there is the Mackbank, in this place they give a sneak of what is coming.. during my stay that place was closed because they changed the exhibtion to what Eurosat 2.0 is going to be. 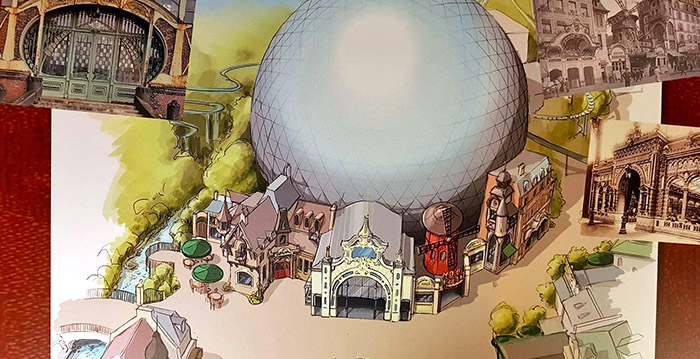 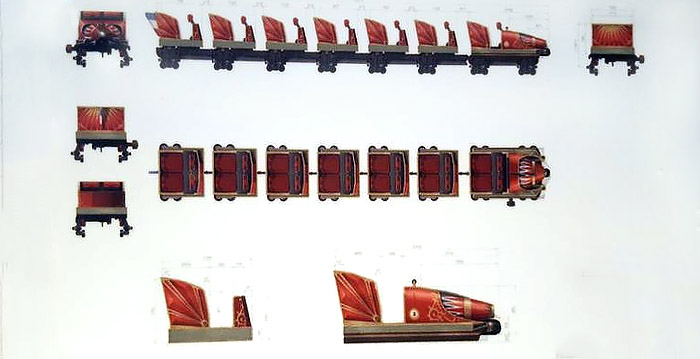 On a screen there is a animation of an onride on the " new" Eurosat, also there is information about how the darkride underneath the rollercoaster will be rethemed.

I really like those small buildings around the globe, and since the globe will remain they will most likely still use it as a big footbal in a year of either Worldcup or Europeancup with Halloween as a Pumpkin and during the winterseason with a big ribbon.

Someone made a video of the TV that shows the "new" Eurosat-layout.

Video of animation, it also includes a side-by-side comparison with an actual onride how the ride is now.

Also the Darkride underneath will get a new storyline / theme... some of the Dino's will remain. 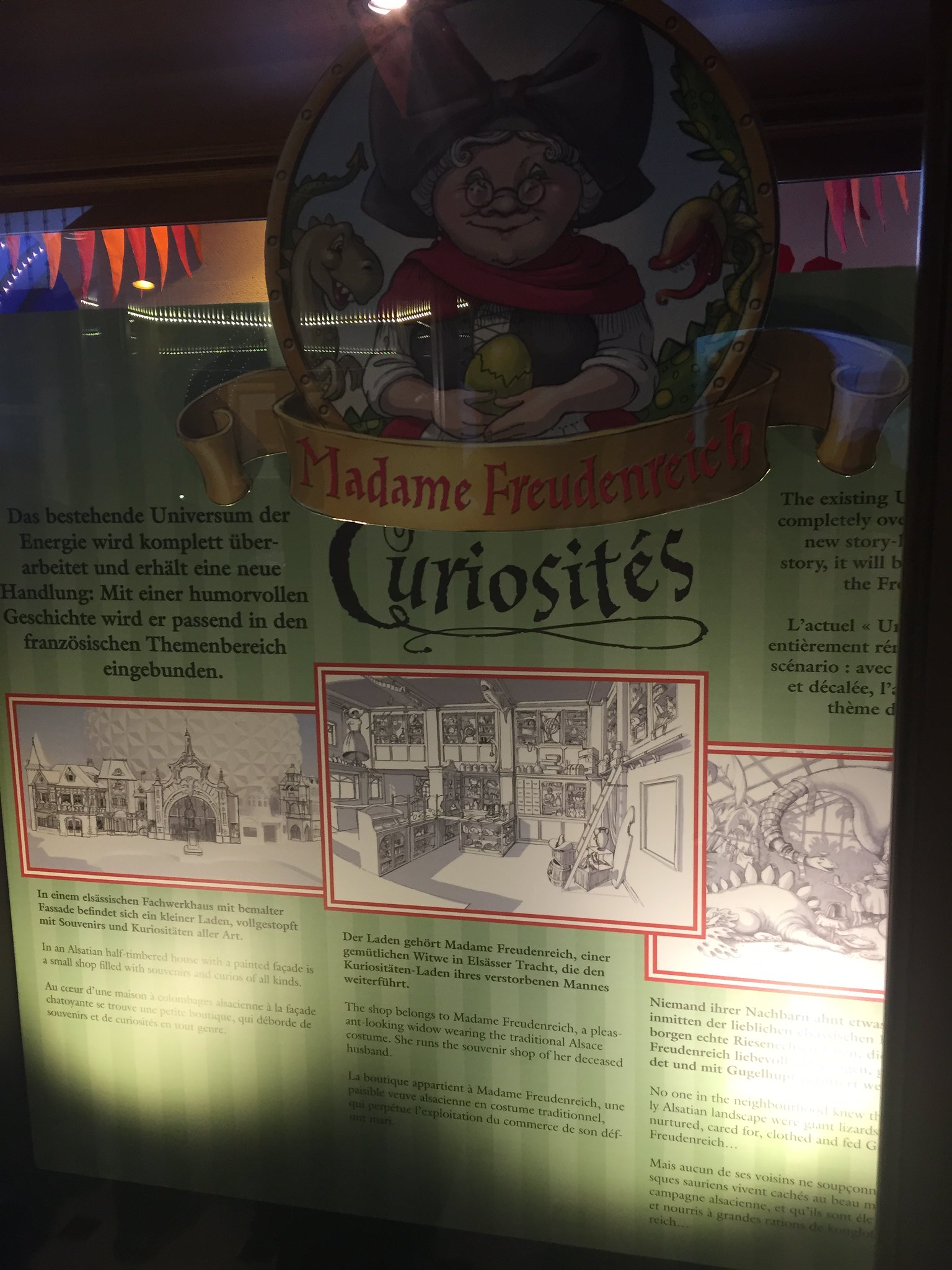 I loved the soundtrack of this ride. Glad they are restoring as opposed to replacing :).

Which soundtrack? They have 3 , normal season, Halloween Season and christmas season.

I think you mean the normal season... the 90s " house" beat track... I think that one won't fit to the "new" theme anymore.. current theme has such a 80s/90s look to it... and the new train more looks in the style of Jules Verne / Steampunk.

Yesterdat between 18:00 and 20:00 they had a goodbyeparty for the closure of Eurosat. I was there and it was very cool. A DJ was playing music to get everybody into a good mood, from 18:00 the coaster was not in Halloweenmusic but with the space-song..

There was a quiz on paper with prices to win: 16 people won a ride with lights on, 4 people won a ride with the Mackfamily on the very last ride on the coaster. 1 of those 4 is a friend of mine, he was ( mostly still is ! ) so happy about that. And we heard that some parts of the coaster are also going to be prizes and will be send to the winners.

[edit] not 4 people rode with the mackfamily in the last rides, but even 12.. they ennounced before the number 4, I left the park before it all went down , had a long drive to do.

Thomas Mack did some live streaming, and Mackmedia recorded a lot: including interviews, sofar we can watch the livestream.

Mackmedia made a short video about the last ride.

The person at the end sitting in row one and getting the interview is my friend, he was so happy he won it... I think he still IS happpy about it.

Eurosat 2.0 will have a spacetheme... but it is not known if this spacetheme is in the themed version of the ride or the VR-version. 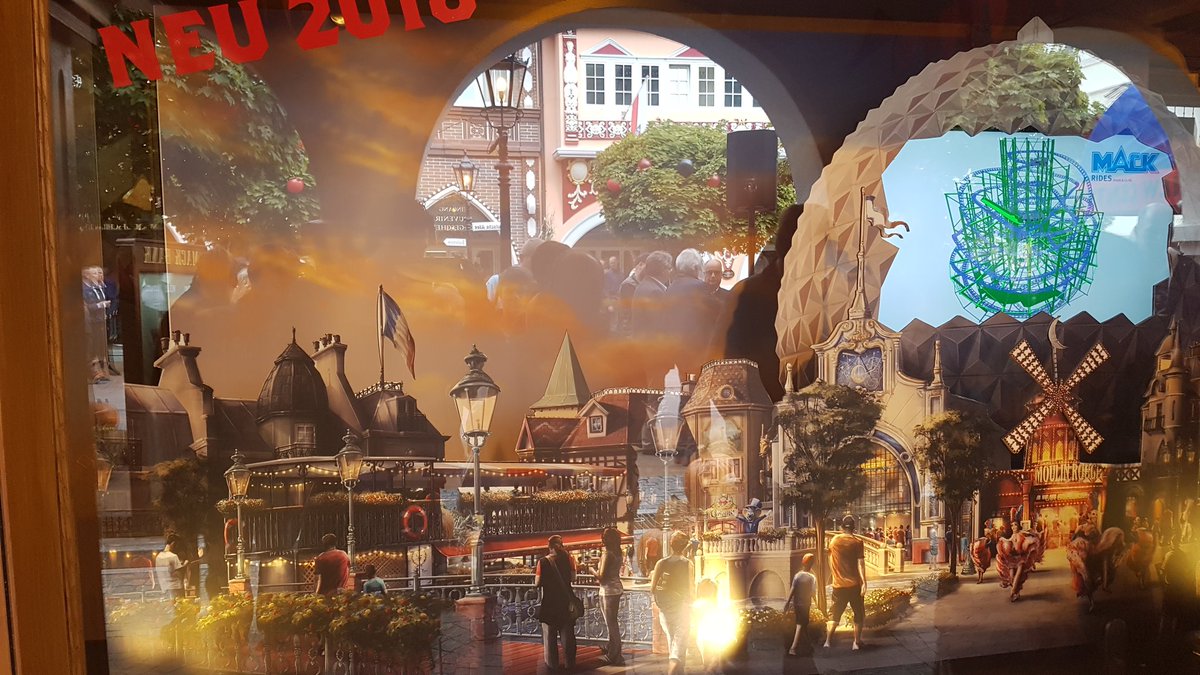 On this photo taken at the previewcenter you can see under the Moulin Rouge a name "Can Can Coaster" , perhaps that will be the coastersname for the themed version? , the entrance for the VR-ride will be near Silver Star.

Those dancing lady's where used twice allready, on a pressevent some 6 weeks ago and now with the Goodbyeevent... perhaps we can expect such a theme?

I found a very intresting video about Eurosat, it starts in Dutch ( You can choose to have susbtitles), but later on it is in English.

On the Webpage EP-fans there is an intresting inside of the current constructions.

Sofar 250m of track has been removed, first they will replace those 250m with new track before taking out more track to be replaced, they have to do it that way such that the construction remains stable.

The lifthill won't be replaced.

At the back of the "globe" are two "holes" now, that is where the VR-station will come.

Interesting video of during the build, lots of backstage footage.

Today Michael Mack put a video online of him and his father going for a first run.

Notable change to the ride, the spirallift is an "open" construction instead it being all enclosed.

And I wonder what kind of theming / lighting will come , otherwise using red track is kinda pointless.

The VR-expiernce for the rebuilt Eurosatcoaster will be different then any other VR-roller coaster expierence sofar.

The storyline of the ride will be based on the 2017 French released movie Valerian and the City of a Thousand Planets.

You have to put on your VR-headset not when you are sitting in the train, but you will walk trough a VR-created "maze" before entering the train. 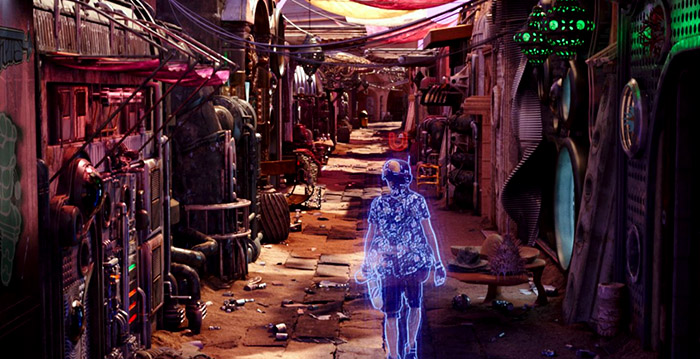 They did some testing in the last week, smart thing ... so they can leave the scenery in the station this way?

Well, I suppose if no one will ever really see it that makes sense. You’d think they’d at least paint that plywood. And look how tentative the riders are just trying to get there. It makes me think the participants are in for a loooong wait. The good news for non-participants is the separate queue and station for the VR- as I understand it when a VR train is ready it will be eased into the regular flow of trains. Europa’s also established an up charge for their other VR experiences so that may keep lines down, but I bet a lot of people will be trying it, especially with a popular subject matter.

Eurosat is a very long ride with the spiral lift taking up a big portion of that. That will make for a very long VR experience as well, so it’s going to have to be well done.