After nearly 20 years of delighting Epcot guests through music, fireworks, fire torches and more, we wanted to let you know that “IllumiNations: Reflections of Earth” will be ending in the second half of next year. The Disney Parks Live Entertainment team is already busy creating new thrills to debut immediately following the conclusion of “IllumiNations,” continuing the tradition of nightly entertainment on the World Showcase Lagoon.

“IllumiNations: Reflections of Earth,” which is currently planned to run to the end of summer 2019, has entertained millions of guests gathered around World Showcase Lagoon sharing the light and a story since it debuted in October 1999 as part of the Walt Disney World Millennium Celebration. During the coming year, we’ll be celebrating this classic show, so you still have plenty of time to experience it again and again, as excitement builds for what’s next.

I love, I mean really love, Illuminations, and certainly I'm sad to see this go. That said, 20 years is a long time for a show, so I get it. I don't mind that they're going to replace it, but I wholly expect that it be with something that is original music and a similar theme. If it's another Disney jukebox song with a bunch of recycled stuff, I'll be disappointed. We have enough of those at Magic Kingdom and DHS.

We're going this December, so I will be glad to finally see Illuminations. Our last day at Epcot was 2005 and we got stuck inside Test Track because during a torrential downpour and missed Illuminations for both reasons.

Illuminations has always been my favorite WDW night show. I will miss it for sure, but the level of butthurt on some of the WDW fansites is unreal.

I hope they replace it with the same type of show and not something else character themed.

This is best firework-related show that I have ever seen. Not so much the amount of fireworks, but the way the fireworks are timed exactly to the strong notes of the music. Then add fire, fountains, lasers and building lighting to that.

There some fireworks shows that claim they are synchronized to the music, but they basically just play music and shoot fireworks. Illuminations is truly synchronized. If one really listens to the music while they watch this show, one can really feel the music with the visual effects.

I wonder how many people that see this show don't understand that aspect of it. It seems like a lot of people are talking during the show instead of "feeling" the music......

I'll echo the same comments already made; I've seen Illuminations countless times over the years (often with a few beers in me) and is always a highlight of any WDW trip I take. This might be corny, but I equally like the pre-show music and the post show score, especially the holiday version. The pre-show music actually rotates between two different set lists (depending on the night) and while both are cool, I like the "newer" of the two a little better.

I have been dreading this announcement for a few years now but at least you have almost a year to enjoy one last Illuminations show (or several). I wonder if they will be producing a final act like HS did for the Osborne lights?

Yes! There are two pre-show playlists, one is better than the other. Great exercise music. 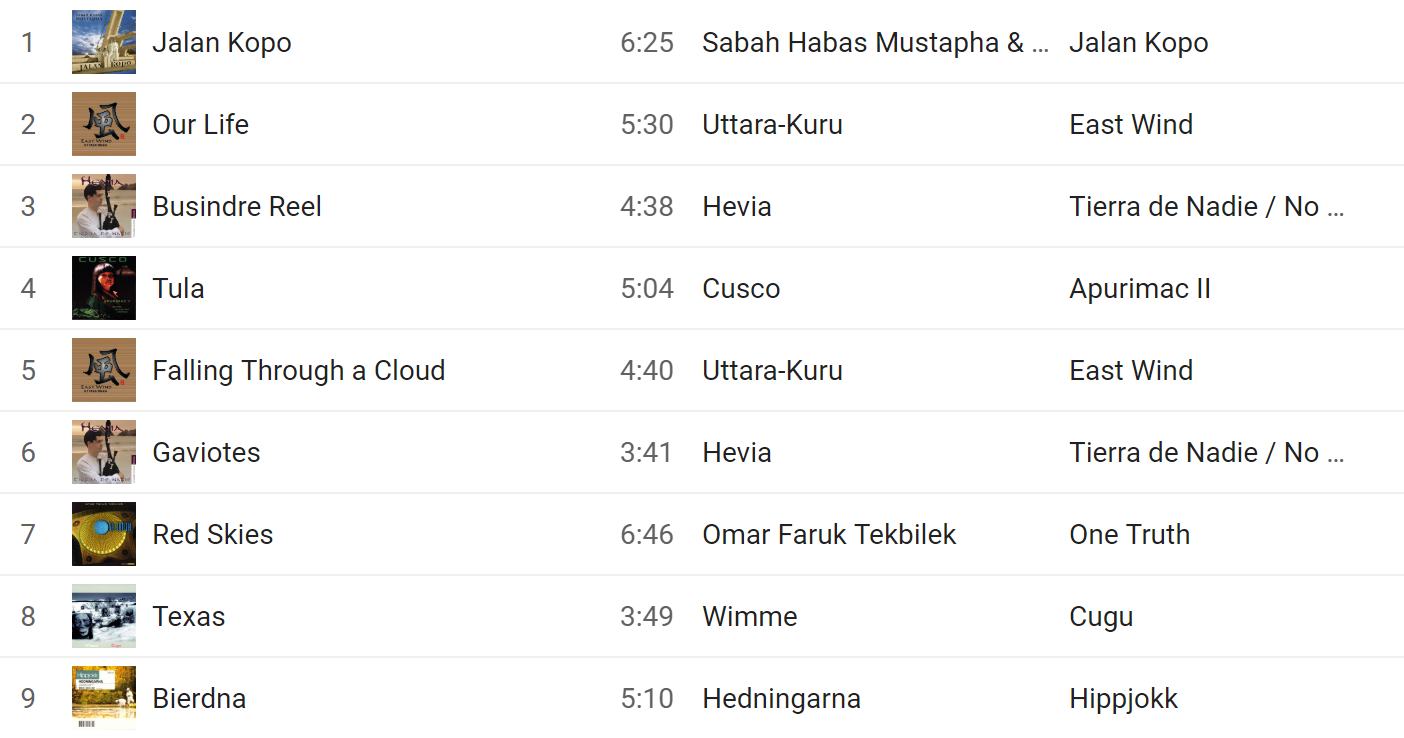 At first, I was devastated by the news, but then I started talking with some other Disney nerd friends and the thought of them taking this show, and just cranking it up to 11 came to mind.

What if they kept the same concept, but eliminated the globe scene, added more fireworks all around within the countries, like they do for NYE, but nightly? It could turn out to be *really* cool. The biggest thing I'm going to miss is the current music. I've been watching this show, and listening to the soundtrack for the last 18 years, and it still brings out emotions that I can't describe.

I think the whole thing rests on original music. It's the entire foundation of the show and thing that makes it different. Original music makes any attraction better. Can you imagine Soarin' with recycled stuff? Nemo The Musical?

Yes. It's all about the music. The effects make you feel the music more, but without moving music this show would not be what it is.

I agree that if the new music is full of IP, it's going to be a giant disappointment.

However, after the Soarin remake, I have hope and faith that the new Illuminations V2.0 has the potential for being even better than what is currently in place.

Have you ridden the Soarin' redo anywhere but front and center? Because, it's atrocious.

I, for one, don't like seeing falling elephants and an extremely curved Eiffel Tower. I like the concept of that update, but it's horribly executed.

Yeah, and the Taj Mahal isn't even real, because in real life the government won't let you fly over it because pollution is destroying it. Glad they adapted the music, but yeah, it's not good anywhere off center.

I agree that if the new music is full of IP, it's going to be a giant disappointment.

Wishes managed an emotional pull with me nearly every time I saw it. By all accounts, its replacement is even better.

This whole IP must be horrible because it's IP argument never made sense to me.

I like Happily Ever After, but it belongs where it is. I don't think Epocot is the place for anything similar. I've seen Illuminations maybe 30 times and still enjoy it, but I've known this day was coming. It is all about the theme and the score; from the Big Bang to the present will be a hard story to top. Maybe a sequel - for the next "thousand circles 'round the Sun".

I'm not particularly captivated by either Magic Kingdom show. Mashups invoke a little nostalgia, but that's as far as it goes. The stage shows on the cruise line are like this too. The non-mashups (Frozen, Tangled and Beauty & The Beast) are infinitely better. Of the shows that previously ran forever, Believe was one standout, which was a mashup but had some original music.

Illuminations is half great original composition set to pyro, half a song about world peace and human unity. It's contextual and moving to grownups. I want the replacement to be that.

I am really not a fan of Happily Ever After. I won't take the effort to watch it from the front side of the castle - I'll be off doing other things. I really dislike the way the show is done. It basically feels like a 15 minute preview of the Disney Blu-Ray club, set to fireworks.

So I guess we assume that much of the current show elements (torches, barges etc) will remain in place? How can they change much and debut the new show immediately after ROE ends? I guess they could sprinkle in new elements along the way next summer.