From the Disney Parks Blog:

The ongoing evolution of Epcot includes plans for a play pavilion that’ll be unlike anything you’ve ever seen at the park. This new space will be devoted to playful fun and feature an innovative city that’ll come to life under the dome of the un-named pavilion previously known as Wonders of Life. The pavilion’s city will be bursting with interactive experiences, your favorite Disney characters, hands-on activities and engaging entertainment when it opens just in time for the 50th anniversary of Walt Disney World Resort!

There will also be exciting changes to the way you come and go at Epcot! As you can see above, changes are coming to the Epcot main entrance, where the plaza will welcome guests with new pathways, sweeping green spaces and a newly reimagined fountain. This new design will pay homage to the original park entrance with fresh takes on classic elements.

The re-imagined entrance looks nice. I panicked for a minute about Leave a Legacy (which I’m not on, but plenty of folks are) and was glad to see it would be moved.

In the comments someone wondered why the rotting hulk of the Imagination Pavilion wasn’t just used for the play place, and I wondered the same. Maybe the Life building has more space and is easier to demo/re-do. They’ve used it as festival space and cast member space most recently.

But Disney is clearly making more space with this entrance, similar to the way MK got that whole new fireworks area in front of the castle. With so many exciting things coming to the park they’re going to need a better space to welcome (and control) the crowds. I was in Orlando last week (not Disney) and I talked to someone who said they couldn’t get near Toy Story Land on the day of their visit. They were limiting access to the area and the coaster was impossible unless you’d landed a FP long ago. With that and Star Wars and Marvel and the Rat Ride coming busy conditions will either spread out or only get worse, right?

But- this is really an exciting time for all the parks in general with all kinds of spectacular attractions touching just about every corner. I’m looking forward to visiting in a few more years when it’s all done.

I would assume they chose to do this in the Wonders building since it is currently not being used by the public and Imagination is in daily use. Since they've indicated that there are other plans in the works like the transition between Future and Showcase, maybe Imagination would be part of that phase of projects. Correct me if I'm wrong, but once the play pavilion is complete, all of the Future World pavilions will have had significant re-works or added attractions with the exception of Imagination and parts of Innoventions.

Innovations is being demolished so that won’t even be an issue either. I’d like to see a revamp of Imagination. And I think they could put a live shoe in the theater. Maybe expand the darkneide back to its original length. If they did that and just updated The Land Future World would be all up to date.

And I think they could put a live shoe in the theater. 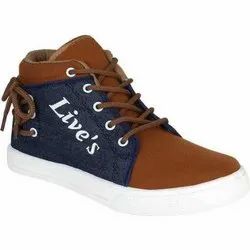 Better than a dead shoe.

Epcot is such an oddball park. The World Showcase did nothing for my kids (admittedly we didn't do Agent P's) and so much of Future World was abandoned, underused, or just weird. Almost all of the interactive play areas (Test Track, Mission Space, Imageworks, Innoventions) were interesting for a few minutes but not that much more interesting than something I'd see in the local mall. It will be good to see some new life and I'm really excited for the Guardians of the Galaxy, the Ratatouille, and everything else coming but I especially hope that Epcot gets an identity and Disney chooses to follow through with it all the way.

I think the Land pavilion needs to be modernized (but only modernized, should stay the same, with perhaps some Disney IP thrown in). And they need to do a complete overhaul of Imagination. I just feel like some sort of Incredibles dark ride would go well in there for some reason. And a live show in that theater.

Are they still planning on tearing down the innovations buildings and re-doing that?

(admittedly we didn't do Agent P's)

My kids as tweens loved Kim Possible, and later as early teens enjoyed Agent P. KP turned World Showcase from something they barely tolerated to something they loved.

Same here. Although I have been going to Studios more ever since I discovered the Tune In Lounge a few months ago. A full bar and the full menu from the 50s Prime Time Cafe, generally without any wait at all. That plus a spin on Rock n Roller Coaster and Tower of Terror has become a new after work thing for me.

I did not know that was a thing. Now you've got me curious. Also, that craft bar between the Sci-Fi and the former end of the "street," they have some solid beverages, gigantic pretzels and cheese plates. Expensive, but awesome.

BaseLine Tap House. The create-your-own beer flight is a good deal at $11.00. My brother and I found the patio to be a great place to kill some time while our wives took the kids through the Muppet theater (not that I don't like the show, but beer.) There wasn't a bad beer in my flight including a cherry Berliner Weisse that was outstanding.

I’ve had that and it is good.

I love the vibe of 50s Prime Time, but don’t need the “show” portion of the experience with the server acting as “Mom.” Tune In Lounge is the perfect solution, and doesn’t require reservations.

BaseLine Tap House. There wasn't a bad beer in my flight including a cherry Berliner Weisse that was outstanding.

This place is awesome and is now my go to at DHS. Love sitting outside (great vibe) sipping on a few cold brews people watching and all of the beer that I have there has been decent. Agree with Jeff that it is a bit pricey, but so is everything now at WDW, especially drinks.

(admittedly we didn't do Agent P's)

My kids as tweens loved Kim Possible, and later as early teens enjoyed Agent P. KP turned World Showcase from something they barely tolerated to something they loved.

Of the handful of things we missed on our recent trip, this one probably stings the most. We also missed Turtle Talk but we've done it at DLR twice before and we missed UP! Bird Show, but I've been told it's nothing to write home about. Everyone I've talked to says Agent P is between good and amazing and my kids ended up LOVING Sorcerers (which wasn't even in the original plan, but we had a bunch of MK time on the last day).

Meh, you didn't miss much.