If this were one of those uplifting Wonderful World of Disney movies made for TV, this would be the part where the company manages to overcome the odds and defy people's cynical expectations by breaking ground on its new theme park. Unfortunately, there doesn't seem to be any tangible evidence that work has been started on a park or that DreamVision's offices even exist anymore.

Read more from The Dallas Observer.

DreamVision...quite the appropriate name. The dream was visualized, we saw the pretty concept drawings, and...yeah...then it died.

That article completely missed the point. Instead of Mickey and Judy summoning their grit to "put on a show", this thing was more of a grift than Ben Carson's presidential campaign.

Once again the CB community was on top of this from the beginning.

I dunno... Carson is getting nominated for HUD secretary. Maybe the developer will get a nomination for secretary of transportation.

You do have a point. Although when you ask someone to be Education Secretary and his business manager says "his background didn't prepare him to run a federal agency", makes you worry when he then accepts the position to head a different federal agency.

It also makes you wonder why, if he's not qualified to run "a" federal agency, he thought he could run all the federal agencies and ran for President.

It also makes you wonder why, if he's not qualified to run "a" federal agency, he thought he could run all the federal agencies and ran for President.

That's easy, it was a grift. Get Rich taking donations, sell books, build name/brand recognition, blah blah blah. He had no intention of being president. Just like Huckabee and Gingrich

And Palin, and Fiorina, and Cruz...

Cruz had no intention of being President? Come on.

I think he meant Tom. 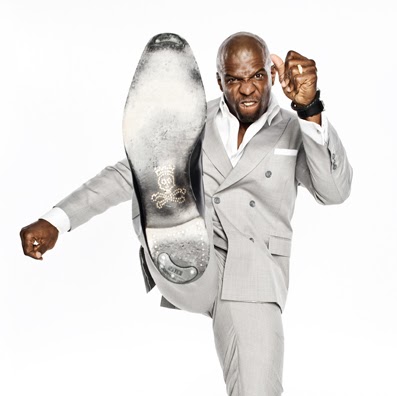 kpjb already said Tom Cruise... If he can fly an F14A Tomcat over a MiG-28 while inverted, he's qualified.

I'll withhold any further political opinions and just leave it at that. But seriously, if you haven't, you should watch "Idiocracy" if you get a chance. It's eerily prophetic.

^ That movie was hilarious and terrifying at the same time. I like money...

I dunno... Carson is getting nominated for HUD secretary.

...and now, it turns out he never lived in public housing, even as a kid (sterling qualifications for a cabinet-level position there, but that was cited as a reason for him at HUD). His real qualification is that he jumped on the Trump bandwagon early on.

Side note: Carson got my mom's vote in the primary and the general election...SMH.