Dissolving the Reedy Creek Improvement District, as Florida legislators are threatening to do, would be a financial burden on the county, according to Orange County Tax Collector Scott Randolph. He said that the financial obligation is about $105 million a year to operate services in Reedy Creek. Additionally, Randolph said the county would also be taking on, potentially, $1 billion to $2 billion in bond debt.

All because Gov. DeSantis is butthurt. 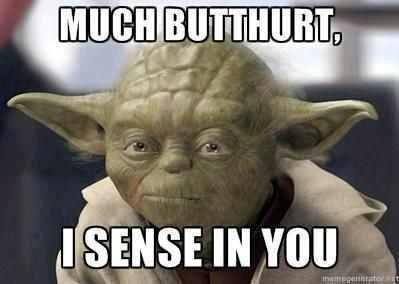 They want to own the left consequences be damned.

Trevor Noah had an outstanding take on this on The Daily Show last night. It starts at the 3:25 mark

That's comedy gold, but also exactly what I've been saying. The party that used to stand for liberty and small government now wants to limit free speech with book bans, tell women what to do with their bodies, make voting harder for "lawful citizens" (you know, the thing they refer to when opposing gun regulation), and generally telling businesses what they can and can't do. They're not conservatives, they're autocrats.

The party of small government and local control wants to abolish a locally controlled smaller government body and fold it into a larger one. You can’t make this **** up.

There hasn't been a party that actually wanted limited government in my lifetime. There is no power/money in limited government and that is all what politicians are about. Without question though they will pay lip service to it (and any of a number of others things they do not truly believe/want) if they think it gets them into office/allows them to stay in office.

The legislature approved the measure, presumably DeSantis will sign it. He doesn't care, because he doesn't carry Orange County votes anyway.

As someone waiting on my house to be built in Orange County…oh hell no! I’ve long thought the RCID was overly beneficial and maybe worth revisiting, but you do it carefully with consideration to minimal impact to citizens and businesses, not as a retaliatory shot from the hip because you’re a big authoritarian baby.

To give you an idea of how ridiculous people are in supporting this guy, I tried to rally the folks in my HOA to write the governor, and one guy insisted that the tax increase is just my opinion, and the opinion of the tax collector. You know, the one guy with the job of collecting taxes for the county.

Given the Citizens United ruling (corporations can donate as "political speech"), I wonder if Disney might have a good First Amendment case to have the law, if signed, thrown out.

It's clearly punishing such "speech," and the Governor went out of his way saying this is why he's doing it. The fig leaf of "before 1968" vs. "RCID" is probably just that---a fig leaf.

Of course IANAL, so who knows. But as an armchair QB, it seems like a possible strategy.

That's an interesting legal theory, and probably one they're already looking at. The governor and members of the legislature have said outright that this is punitive, which is at least immoral if not illegal, but by going on record that way they've essentially turned it into a First Amendment case. Fascinating.

Citizens United was such a despised opinion for many that I would expect some people to applaud efforts to reign it in (at least to a degree). Maybe it depends on what entity's speech is seeking to be limited.

In addition to First Amendment, I think there are equal protection and taking issues. Disney is being singled out which typically cannot happen with laws. And if they dissolve Reddy, what happens to the assets that have been built under it? Does Florida need to compensate the members of Reddy for that?

Seems to me that Disney has multiple grounds to attack the law. But at this point, nothing has happened. I do not understand the law (which is like a page or 2 long which by legislative standards is pretty much nothing) to have anything in the way of operative provisions (how will the dissolution happen, what will the effect of it be, who will take over both assets and liabilities of the entity, etc).

Is there any real intent to dissolve the entity? Or it is to just score political points? Will the June 2023 date get extended?

If it gets struck down in court he gets to say that the judge is controlled by the radical left and just walk away from it.

I'm reading elsewhere that the residents of the District have to vote to agree to termination. If that's true, that's the out. Every voting interest in RCID is a Disney employee by design. If that's part of the requirement, then this never happens. The Governor and legislature get to say they stuck it to the Woke Mouse, Disney gets to say they didn't back down and stuck to their principles while keeping their sweetheart deal anyway, everyone goes home happy.

They put in “notwithstanding statute xyz123,” (can’t remember the relevant statute number) so there’s the potential that “notwithstanding” does enough heavy lifting to achieve their goals depending on some other legal issues surrounding special districts. But their biggest hurdle will be getting this past a 1st amendment challenge thanks to Citizens United and the idiots that were happy to run their mouths about this being solely to punish Disney. There will also be challenges by at least one other of the special districts affected, I expect (something about a small section of coast covered by a special district to maintain water quality and control pollution related to maintaining commercial fishing in the area, don’t remember the specifics).

The FL statute that requires that vote is 189.072. Subpart (2). But that is the statute that the Florida legislature just amended. With "notwithstanding Section 189.072(2)" language. The legislature initially enacted the law which required majority resident/landowner approval so it should be able to amend that (without majority resident/landowner approval). Reddy Creek can argue its a property right that cannot be taken away without compensation.

I saw that too (look here if you want to read the FL statute, look here to read the bill). I imagine there are a bunch of defenses here, the First Amendment retaliation claim and the fact that this targets a specific district. I wouldn't be surprised if Orange and Osceola Counties joined in those suits, because I'm pretty sure they don't want this. The OC mayor is already on it.

Republicans have 0 policy that benefits citizens. So they have to keep their low thinking voters angry with social issues that really don’t affect them. To keep them voting.

These voters care more about hating trans people etc that they will most likely never interact with, more than they care about electing a govt with policies for citizens.

DeSantis barely won his election. This ignorant hate mongering power seeker thinks he is so popular that he can mess with such a huge employer and source of tourism revenue in the state? They do think if they gerrymand badly enough that they can’t be voted out and can do as they please.

This is pure revenge. When govt officials use their power for revenge on those that dieaknuo against them, well it’s no better than Russia.

Hell has a special burning basement for these people