The impact of the pandemic was especially pronounced in its Parks, Experiences and Products segment. Disney estimated the impact on its operating income for that segment was about $1 billion mostly due to revenue lost because of closures. The company reported a 58% drop in operating income for the segment this quarter compared to the same period last year.

Next quarter will be much worse, but whoa, they went 0 to 60 million subscribers on Disney+ in less than six months. That's nuts.

The interesting thing, and I have no crystal ball here, is that once this situation resolves itself, I have to believe there may be a ton of pent up demand for Disney, making the potential for quite packed parks. I know a lot of people have been deeply impacted with layoffs and furloughs, but there also are a lot of people working as hard, if not harder, than normal. But, that again makes a lot of assumptions about how this thing wraps itself up.

I'm hoping someone gets a photo, but three of the four DCL ships are in Canaveral right now as they shift crews around. The Magic is headed to Europe, so they intend to get more Europeans on it so they can get closer to home and fly a little more freely. 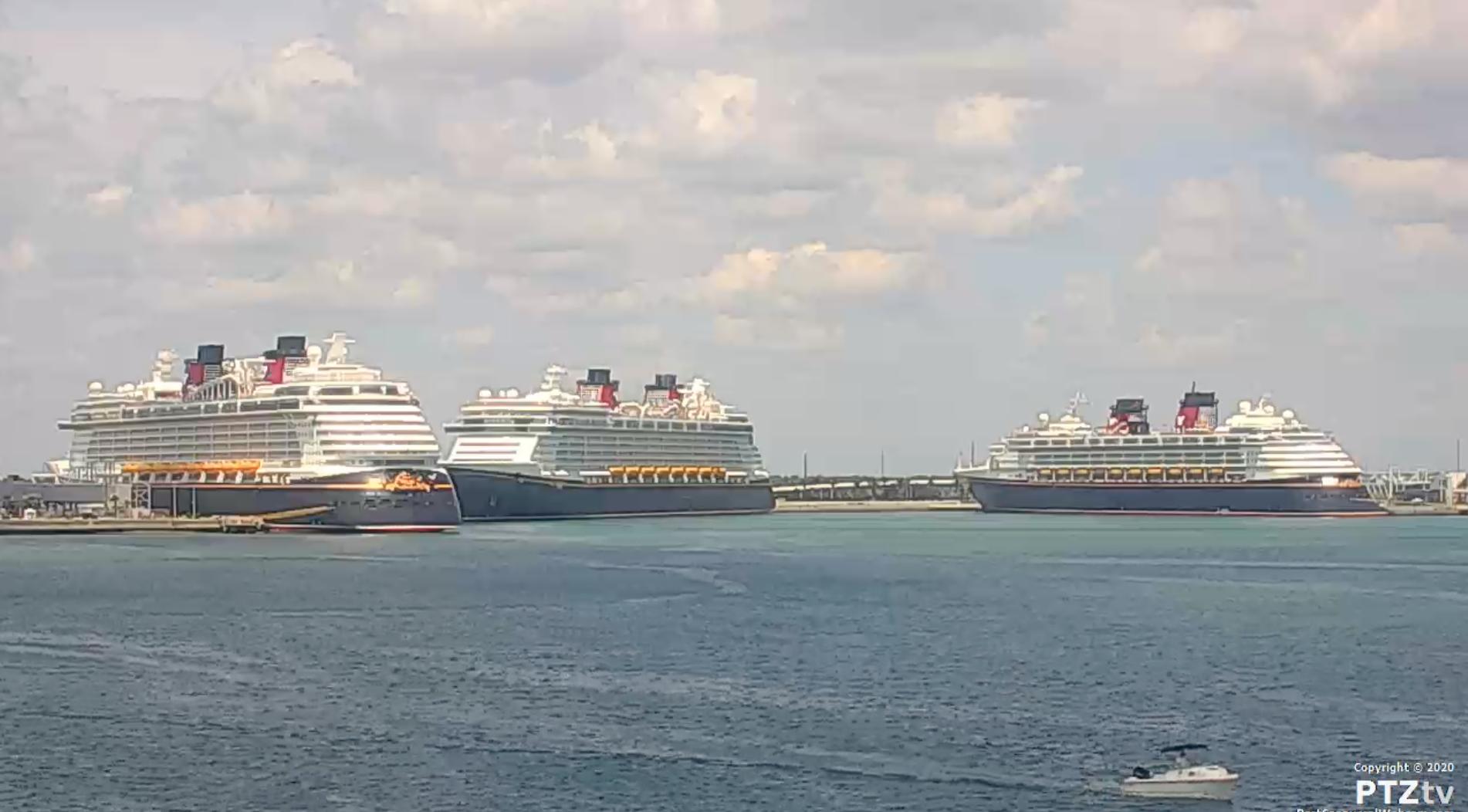 Wow, that's crazy. I was in Nassau on an unusual day where the Magic and Dream were in port together, and they made a big deal out of it. The Wonder is currently off of San Diego. It would have been headed north in the next few weeks to begin its Alaska runs out of Vancouver (which I was supposed to be on in June ☹).

It is pretty cool to see them together. It's definitely not something that happens often. In 2018 we were sailing on Oasis of the Seas and had to make an emergency stop in Nassau. We docked right next to Allure of the Seas and just about the whole crew from each ship were out and taking pictures since it so rarely happens that the two ships are that close.

So no one has really brought this up yet - and I wasn't sure which thread to put this in, but Andy's comment seemed like a good jumping off point.

With reduced capacity, who gets in? Naturally, Disney is going to want to make up lost revenues. I can't see them filling the park with low spenders that stay off property or even at the value resorts.

If Disney hated poor people before, is Coronavirus the catalyst that finally makes Disney truly a rich man's vacation. (for a while, at least - and beyond that, as said above, demand should be through the roof...even more than before)

We know Six Flags is looking at a reservation system to get in, I'm sure Disney is too and I'd bet that reservation opportunity starts with the words, "Deluxe Resort"

I'd imagine they'd look to their reservations first, and give priority to who booked first. If there is space left, they'd go with AP holders on a lottery basis.

There was an analyst comment somewhere, and if it was on the Internet, it must be true, right, that Disney effectively needs to meet 50% capacity to be profitable at typical staffing levels. I would imagine that the reality is different, and they simply wouldn't have every attraction and restaurant open, but that would be un-Disney-like.

I wonder how that figure incorporates the hotel reservations. Like if it's 100% deluxe guests, maybe they could break even on a lower figure?

I have to imagine the fixed cost of simply opening the park is substantial. Marginal costs are mostly staffing and maybe some utilities and maintenance, but how much do you think that scales with attendance? I mean, even if half the restaurants are closed, you're still going to need almost all your sweepers and trash can emptiers and ticket takers and balloon sellers, right?

and they simply wouldn't have every attraction and restaurant open, but that would be un-Disney-like.

I guess you could call it Six Flags Magic Kingdom