Company says it's building giant theme parks in Northern Alabama and Ft. Worth

The DreamVision Company plans to open a 1,400-acre theme park in Muscle Shoals, according to a press release sent out Friday morning. DreamVision Soundscape would be built at the same time as a second DreamVision park in Fort Worth, Texas.

$3.5B for a park in the middle of a sparsely populated area? And none of the local authorities who would have been asked for a development tax break know anything about it? I call shenanigans.

Then again: Memphis + Nashville are both less than three hours away, and they have a larger combined market than Detroit + Cleveland, based on city size:

But the only 'intellectual property' they seem to have: two CGI shorts, apparently only available online.

Not saying it's impossible. Just thinking, you want to build an empire like that, you don't start with two huge projects.

Totally not going to happen.

It sounds like it's another Hard Rock Park or two in the making.

You guys give them too much credit. I don't think they'll ever even break ground.

This company announced that they were relocating to Fort Worth and building a theme park here almost 2 years ago and not a word has been heard out of them since. They even put on a sparsely attended festival and fireworks show downtown that was rumored to just be a spectacle to try and troll for investors. I'm not holding my breath.

Edit: I hope I'm not the only Arrested Development fan that read the article and chuckled upon realizing that STEVE HOLT! was one of the quoted officials.

Maybe they could talk to these people.

Clearly, they've been busy putting together the sophisticated*, highly interactive** website that reflects their "impressive and coveted pedigree of classic, creative and operational talent."

*If, by sophisticated, you mean bland and rather generic

**If, by interactive, you mean you can click through to read bios of the executives

Grand Texas is beginning to look more realistic than MANY other proposals we've seen. For the most part, I ignore these things until there's actual financing and construction...

Wait! Are you saying you're building Disney Parks in Alabama and Fort Worth?

Looks like I still need to work on my teaser campaign/marketing skills.

Nashville has been growing at obscene rates and was already a good sized market to begin with. Despite billboards most people I talk to here have never even heard of Holiday World or Beech Bend which are the closest parks. If I was going to waste a billion dollars worth of investor's money it would be here. Not some of the other proposed sites we've been seeing.

If Nashville needed a theme park it would already have a.... 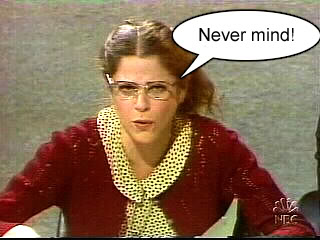 Not exactly "inevitable", but at the very least unsurprising....all a scam.

While I'm glad this Thomas Lucas fellow is being prosecuted, I'm afraid I have zero sympathy for his victims. I don't care how many documents he had, how much faith he had in his source or great of a deal he made it sound.

Anyone who buys in without independently confirming any of the details, well, they made a poor choice.... but they still made that choice.

And seriously? Disney would build a six park resort in Texas when they've got vast unused acreage in Florida?