The historic Big Dipper wooden roller coaster at Geauga Lake will be demolished in the “next few weeks,” according to Bainbridge Township trustee Jeffrey Markley. Cedar Fair released a statement confirming the plans.

I have to say, I think the biggest thing I will miss about the Big Dipper is the NAD trains. There just are not that many left. that are routinely running now. All I can think of is Kennywood on Thunderbolt. The Dipper's layout was nice, but the trains really made it special.

^ Conneaut still runs their NAD on Blue Streak. Other than those 2, I don't know of any others.

Camden has two rides with NADs.

John Miller pioneered fast, safe, and affordable coasters. His thrill rides and/or patents could be found at just about every Amusement park. He will forever be idolized in my eyes.

I'm not sure I ever recall any accident on Big Dipper, unless perhaps this was just a very minor train bump that occurred at some point during the manual lever era that never hit the media.

Dipper had two similar accidents within a couple of years of each other in the late 80s/early 90s. I don't remember if either drew media coverage. Had they happened today they would have been national stories simply due to social media. There were no serious injuries in either instance but people were taken to the hospital. The year I was directly involved there was enough train damage that we only operated with one train the rest of that season.

The accidents were prior to automatic braking.

loriu said:
^ Conneaut still runs their NAD on Blue Streak. Other than those 2, I don't know of any others.

Hadn't realized that. I haven't been to CLP in quite a while, and the last time I was there, they were running the original cars on the ride, as supposedly the NAD cars were too heavy for the structure. The NADs just are real nice cars!

All this talking about NADs has got me like... 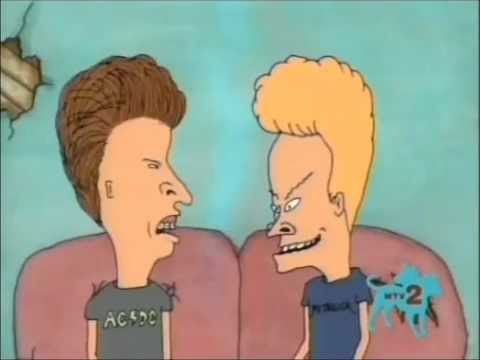 Today is the day. Sad to see the pictures

Link won't work on PC but it will on phone. I attended GL during the Kinzel era. It was a very nice park and the attendance was very low. I went on a weekend in the summer. You'd think it would have been busy. Not enough support for it to stay open. I thought they had a nice collection of rides. Very clean park and friendly staff. Decent food as well.

^^ Yes, the anger and bitterness and hatred there is getting harder to ignore. If I wasn't waiting to see the news/pictures to confirm demolition I probably would have stopped following. It appears the deed has been done today. Dipper is gone but I bet that won't stop the "save our park" crowd. The posts that really get my panties in a knot are the ones where people hope for Cedar Point to close as if closing one park would bring back another or their hate is that deep they feel the need to cause pain to others just because they are upset as if any of us in the area are happy that GL is gone. Some people just need to suck it up, deal, and move on with their lives. I just wish there was a facebook page out there with pictures and nostalgia for the park without the side of near psychosis that is coming with this one.

Spewed koolaid.. lol. that ever used adage by the narrow sighted loonies.

I admire the passion some of us share for fun parks. Makes me happy. Never happy is the folks that love to spew blame. Blame = life's balance, justice's scales. Scales like a snake.

The demise of Geauga fun park was a complex, multifaceted result. Sure Richard had his hands on the reigns during those final years. But that was just the final nail, of many many people's nails, in the coffin.

Trespassing is only cool when it's not documented. Safety first kids.

"If you think the park closed due to low attendance, you are drinking the kool aid" was the most cancerous thing I have read in the last 5 years

I only ever went to the park after CF purchased it. It was always dead.

And I love that the people so thankful that someonevtresspassed to get pictures are now blaming the person for this. This was happening regardless of people trespassing fir pix.

Seems like this should be a Frozen moment: Let it Go.

I went in 2003 when it was SFWoA. It was pretty much empty then, with 2 exceptions: X-Flight had a long line because it always does, and the Ben & Jerry's on the Wild Life side was all backed up because the guy was scooping ice cream faster than the girl could cash people out. It was a really neat park.

It was a fun park, we always wanted to go back. My brother came with us to Cedar Point for HalloWeekends in 2007, and we discussed doing a bigger Ohio trip the following year to include Geauga Lake, Kings Island, and Cedar Point. They announced the ride park was closed permanently the following Friday.

Six Flags packed them in those first two years of that era, then scared them away from ever coming back by delivering such an awful guest experience. Cedar Fair just never found a way to get people to come. I remember how eerily dead the place was during the CF era, it was honestly downright creepy.

The stuff Six Flags put in was cool for sure, but nothing beat the Funtime days at that place when it delivered the experience it was intended to do.

The damage was already done, and CF's biggest mistake was jumping onto an already sinking ship. Sea World was long gone, and all that was left was an over developed park too big for its market.