Cedar Fair Entertainment Company (NYSE: FUN), a leader in regional amusement parks, water parks and immersive entertainment, announced today it has appointed Dan Hanrahan as its independent board chairman, effective January 1, 2020. Mr. Hanrahan has served on Cedar Fair’s Board of Directors since June 2012, most recently as chair of the Compensation Committee.

Matthew A. Ouimet, executive chairman, and Debra Smithart-Oglesby, lead independent director, will serve in those roles through the end of 2019 and will continue to serve as directors under Mr. Hanrahan’s leadership.

“Dan’s breadth of professional experience and leadership qualities make him well qualified to lead the Cedar Fair board,” said Mr. Ouimet, who has served as executive chairman since January 2018, following his six years of service as Cedar Fair’s CEO.

“I sincerely enjoy serving on Cedar Fair’s board and look forward to serving in my expanded role as chairman,” said Mr. Hanrahan. “I particularly appreciate how the management team and board focus their decision making on the best long-term interests of Cedar Fair’s guests, investors and employees, an approach I will continue to support as chairman.”

“Many thanks go to Matt and Debra for their leadership of the board over the past several years,” said Cedar Fair President and CEO Richard A. Zimmerman. “Our management team and unitholders have clearly benefited from their vision, insights and guidance and I’m pleased they will continue to serve as directors.”

Mr. Hanrahan has more than 30 years of senior executive experience in the consumer-packaged goods, retail, travel and hospitality industries, including serving as president and CEO for both Celebrity Cruise Lines and Regis Corporation. He currently serves as a director and member of the audit committee for Lindblad Expedition Holdings.

This is a subtle, but interesting change. Ouimet will stay on as a director, but not as its executive chair. You don't need and executive chair, but that position is typically more hands on. This implies that the board trusts Zimmerman as CEO at this point. Cedar Point pass pricing aside, I think the company is going in the right direction, but Ouimet backing off of the hands-on role is a little concerning. I think his touch is the reason the company has turned around as it has.

I don’t think it’s so concerning. I would hope that Zimmerman has come to the point where he can make decisions at this point without needing Ouimet. That’s what needs to happen going forward.

I'm glad that Ouimet came on when he did, did his thing very successfully, and stepped out of the role of CEO before his fresh by date, unlike his predecessor and unlike Ouimet’s former boss at Disney, Eisner.

there are some things that I think have taken a hit in the lady couple of years that I’ve seen across multiple CF parks, but the net positives still make visits enjoyable. The food is better, atmosphere and special events are better, the rides and diversity of attractions are better.

Zimmerman will need to be set fully free to continue to accomplish what the company needs him to and Ouimet will still he on the board.

And Kinzel is still gone. All in all, that’s very good.

Zimmerman can obviously make decisions, but it's reasonable to exercise caution about whether or not they're the right ones based on his experience. I would argue that Paramount Parks had a somewhat flexible approach to virtually everything, provided it wasn't hurting Viacom. Then he came up the ranks mostly under Dick Kinzel, who was not a model of effective modern leadership or strategy. The faith has to be that Ouimet's m.o. has transferred well as the model going forward.

I think the entire "FUN Forward" strategy was pretty straight forward, but the biggest change that didn't come through in the investor relations was the need to empower people at various levels as well as hold them accountable. That's the thing that's most transformational. As an outsider, I'd say there were certainly some missteps here and there, but the net effect has been positive.

taken a hit in the lady 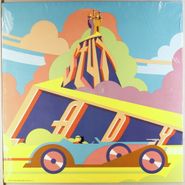 Is Ouimet the reason the Taft parks are getting actual, appropriately themed rides again?

Who was the driving force in the great Winterfest and Grand Carnivale events?

My attendance this year has been almost strictly Cedar Fair parks with the exception of a day at Busch Gardens. I really like the direction they have taken with the Taft parks

Wasn’t there a post (probably in the Gold Pass Apocalypse thread) about Zimmerman running a chain into the ground in Australia? That concerns me. I wonder if Ouimet is backing away because he doesn’t like the direction the company is being steered in.

It wasn't Zimmerman, it was another person who is now in the CF organization.

It was Tim Fisher and the company he supposedly did the same thing with was called Village Roadshow. I think there is a second guy that came along with him from there as well. Not sure of the name of that guy.