Cedar Fair Entertainment Company (NYSE: FUN), a leader in regional amusement parks, water parks and immersive entertainment, today announced it is exploring the potential development of an esports arena in Sandusky. The facility would be a beacon for Midwest youth and collegiate gaming and esports, providing a best-in-class space to host competitive events for up to 1,500 stadium spectators. It would include 200 gaming stations and offer a wide range of food and beverage options, supplying amenities for competitors, gamers, and spectators alike.

“Our long-term strategy is focused on delivering an immersive entertainment experience that differentiates our parks and makes our park guests want to come back again and again,” said Richard A. Zimmerman, Cedar Fair president and chief executive officer. “The opening of our Cedar Point Sports Center in 2017 was consistent with this strategy and has proved to be enormously popular with amateur sports teams and other large groups. Given the booming popularity of esports, we believe there is an opportunity to tap into the growing appetite for that form of entertainment and package it with all that Cedar Point has to offer.”

The facility would represent the next phase of development of the approximately $50 million Cedar Point Sports Center. That highly successful venue includes Sports Force Parks and its 10 multi-purpose outdoor turf fields, as well as a 145,000-square-foot indoor facility boasting 10 basketball courts. The Sports Center is a significant economic driver that demonstrates Cedar Fair’s continued investment in the region.

Cedar Fair is partnering with Esports Development Co. LLC, a privately held entity with significant experience and connections in the gaming world, to develop preliminary plans for the estimated $28 million arena. This Ohio-based group plans to work with the “best of breed” Tier 1 gaming companies to provide a world-class experience for guests and gamers alike.

Esports is the competitive side of the rapidly growing electronic gaming industry. Global revenue from competitive gaming is projected to hit $1.1 billion this year, with double-digit growth year-over-year and an estimated audience of nearly 475 million people. Two out of three Americans are gamers, with 75% of those between the ages of 18 and 34 years old. The average time spent gaming is more than six hours per week.

Preliminary development plans for the esports facility were submitted to the City of Sandusky Planning Commission for review at its regularly scheduled meeting July 28 by OSPORTS, a division of Osborn Engineering Company, which also designed Cedar Point Sports Center. The proposed development consists of a 1,500-seat multi-purpose arena designed specifically for esports, but could also host concerts, youth-oriented camps and educational opportunities such as STEM programming. The first floor also consists of a 200-station gaming hub, locker rooms and food court area. The second floor of the facility will include a restaurant with outdoor terrace, a broadcast studio and ancillary office space. The third and fourth floors are to be dormitory rooms for esports camp and event attendees.

If the development is approved and necessary financing secured, construction would be expected to commence before the end of this year, with targeted opening in the first half of 2023.

I don't know, this seems like a mistake. Sandusky just doesn't seem like all that great a location to hold Esport tournaments. Does Ohio allow sports betting yet?

They're making a killing on hosting youth sports in the existing facility. Clearly location is not an issue.

That place is gonna smell like dirty underpants and guys who could use a shower, mark my word. I hope there’s a plan for adequate ventilation.

But enough about my dorm from freshman year of college

This is a no brainer. E-Sports is huge in Ohio, and isn't just a fad. More and more colleges are adding teams every year.

Agreed, but I don't like that some are pushing it as a potential Olympic sport. That's akin to making poker or Monopoly a sport, and it's not the same thing.

Exactly like that. Except without actual sports. Or any actual physical activity for that matter.
We have gaming conventions that hit town and once during one I happened to be at the convention center and out of curiosity stuck my head in one of the large rooms. Seriously, that place stunk like you wouldn’t believe. Like dirty boys.

I had not heard of such a push. Olympics seems beyond silly for esports.

I'll admit, when I first heard little Mount Union in Ohio was starting an e-sports team and bought a building (an old CVS) just to build its own little arena, I thought it all sounded silly, and my head was full of all the stereotypes, which was essentially this: 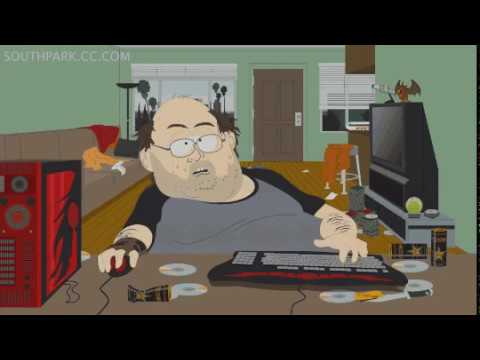 But then we found that not only were we getting new students to come here just because of the program, but we are also getting transfers, and then I learned how much $$$/perks some of my students were making from their sponsorships.

That said, I was really surprised that an indoor-track wasn't part of the plans. I'm sure they looked into the possibility and determined the $$ didn't make sense (because what do I know?), but some athletes come to SPIRE in Geneva from all nearby states just to compete, as quality venues are hard to come by.

Now I want to go in the basement and find my old NES.

Arlington, Texas remodeled their convention center (near SFOT and the MLB and NFL stadiums) pre-COVID and converted a large portion of their exhibit space to an E-sports stadium.