Moms, dads, kids and grandparents alike will be able to create even more unforgettable moments as Carowinds heightens the level of family fun in 2017! Four new vintage thrills will provide families with "classic nostalgia" and old-fashioned fun; plus, Santa and a new festive holiday event, WinterFest, are coming to town.

First, we're bringing back some oldies but goodies with a new County Fair section of the park. Park goers can enjoy enhanced food offerings, new experiences and the addition of four NEW classic ride favorites everyone in the family can enjoy together:

Second, guests will be able to ring in the holidays next season with a new family tradition, WinterFest. Deck the halls with this larger than life event as the park transforms into a spectacular winter wonderland filled with magnificent displays of lights and holiday décor.

Families can also enjoy festive food and drink including a holiday style menu featuring smoked turkey and carved hams, and our homemade hot chocolate. WinterFest debuts in November 2017. Best of all, it's included with the purchase of a 2017 Gold Season Pass! 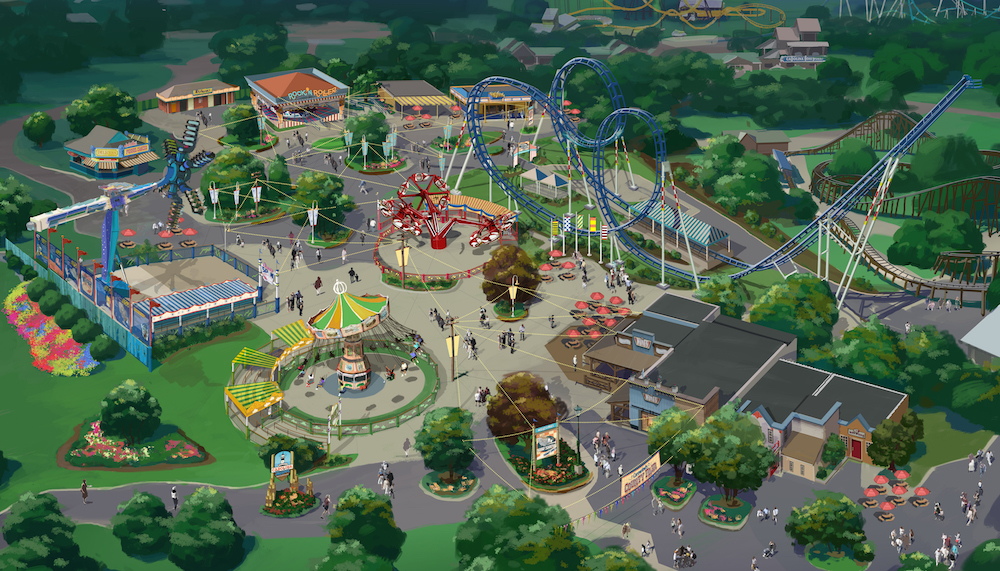 This is the county fair.

Incorrect. The park's current county fair section is by the theater for Plants vs Zombies. This is over by cobra.

And the park's Social Media guy confirmed that the old county fair is staying (presumably renamed) with its rides in tact.

And I love that Siri doesn't try to auto-correct Troika!

These are the refurbs CF bought from Europe. As is all four of Carowinds' ride and the Huss Condor going in at a park.

Your post was incorrect, the area referenced is Carolina RFD presently. You said this "is" the county fair, which it not yet is, though it will be next year. I suppose it depends what the definition of "is" is though haha.

Semantics aside, I really like this addition. I hope it ends up looking like the artwork, this area will be especially dazzling at night if they actually have all those string lights hanging above that midway everywhere. Very neat looking.

Does anyone know which ride(s) are being removed for these additions? I thought I read Yo-Yo was on its way out.

The park has said no rides removed. The slide in question is unlikely as well.

^Yeah it looks like the area in question is a part of the midway devoid of anything besides park benches. The waterslides aren't in the artwork but I think it's more likely they were left out due to irrelevance rather than because they're being removed. Looking at the google map, it's easy to see how they can fit all this stuff in without getting rid of anything. I haven't heard anything about Yo-Yo being removed, although it is redundant now that they'll have a bigger better version of swings a few hundred yards away.