As part of our most recent trip to the Orlando area we took a detour from our Disney portion to hit up Busch Gardens, Sea World, and the Kennedy Space Center. Our intention was to also go to Aquatica but the pull of Guardians was too strong. Through T-Mobile we scored 3-day tickets to the SEAS parks with food included for $160.

Our first stop was Busch Gardens on Wednesday June 8th. I used to go to Busch Gardens frequently as a youngster since my grandparents used to live in Bradenton. I have very fond memories of the park but haven't been there since in over 20 years. We had planned on potential heavy traffic on I-4 but wound up making great time to be there before opening.

After a fairly short wait through security and the main gate we over to the Egypt section of the park. Cheetah Hunt and Cobra's Curse were new rides for me and both were fun for what they were. I was pleasantly surprised at how long Cheetah Hunt. I really enjoy the multi-launch ground hugging coasters. My son loved the ride but my daughter was still a bit intimidated and took a pass. Cobra's Curse was decent but not a super thrilling ride, a perfect ride for my daughter. Montu is my favorite inverted coaster. I love the scenery and the pacing of the ride. Operations were a crawl with only one train running. Unfortunately, one lap on Montu was enough to put me out of sorts for the rest of the day.

We then headed to lunch at Oasis Pizza. It was fine for theme park pizza but certainly nothing to write home about. Fortunately the cheesecake was a tasty treat. After a quick stop at the penguins we hopped on the train to Stanleyville for Sheikra and the flume ride. Sheikra was down for a bit so we went to the flume ride first. Operations were very slow and the queue switchbacks were way to close for comfort on the flume ride. The flume ride was fun but not nearly worth the wait. Sheikra was a bright spot of the day. Three train operation had us fly through the line. Great ride but I could only handle one lap.

Off next to Pantopia for Sand Serpent and Scorpion. This was my first lap on each. Neither were anything special, although Scorpion was more forceful than I expected. I definitely needed a little breather afterwards. After some decent stir fry at the Dragon Fire Grill we were off to the Seasame Street area, for some reason. The kids got a few laps on Air Grover.

The highlight of the day was our next stop Iron Gwazi. Surprisingly we were on in less than 20 minutes. That's when the fun started. About 2/3 of the way up the lift we stopped. After a few minutes of carefully watching the swarm of wasps near us we were manually cranked over the top. Gwazi is an amazing ride and may be favorite now. It's relentless throughout but not overly forceful and paced wonderfully. At the end of the ride we had to be manually released on the brake run and scored some skip the line passes for Gwazi and any attraction in the park. But we were on our way out so we handed them off to the family behind us.

We considered stopping to get more food but there wasn't an all-day dining restaurant in the area, we weren't really hungry, and we needed groceries. On our way out we stopped at the gift shop for my son to check out the Nanocoaster collection. We took a pass as they were priced at $50 each. Yikes! I was all set to purchase a Parkscape but not at that price point. For reference they are currently running $38 at Six Flags.

Overall a good day but I wish I was a bit younger and more tolerant of the big rides. Operations were hit or miss. Some rides were running multiple trains while others were at a crawl. The food was pedestrian, better than Six Flags but not at the same level as BGW or the Disney parks.

Wow, I've never seen one train on Montu before. It's my favorite invert also. Love the overall pacing of elements, and it still runs so well.

My son and I walked right up to the station and then waited 4 cycles for a ride. It turned a 5 minute wait into almost a 20 minute wait.

Wow, I've never seen one train on Montu before.

It seems to be the new weekday norm at both BGT and SWO. It gets frustrating when a walkon or station wait turns into an unnecessary 20 minute wait.

I've been reading some good things about Iron Gwazi and a friend of mine just rode it a few weeks ago and said it was amazing!

We made it to BGT at the beginning of May. We waited to ride Iron Gwazi last, and almost didn't get to ride. They seemed to be having sensor issues. At park closing they took the second train off and were able to cycle everyone through.

I went to SWSD a few weeks ago and operations were good. Two trains on emperor, three on Manta, a million boats on JtA and reasonable dispatches on Electric Eel. There wasn’t anything that was more than a station wait (even Electric Eel) and I never felt like anything was slow. The opa weren’t especially hustling, but the lines never built up. 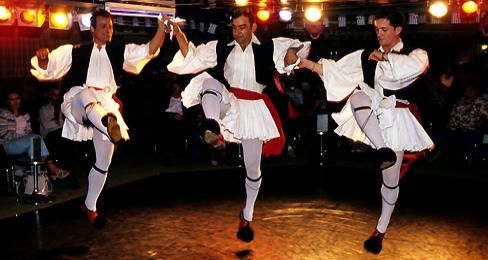 Thanks for the TR. I'll just piggyback off yours with a few comments rather than write my own because it would be too short.

Managed 2 visits a few weeks apart in the last month. Both weekdays, one evening visit, one short midday visit. Missed out on Montu both times because of downtime and excessive single train waits. So it's been a few years now, but Montu was always one of my favorite inverts. Hope to get on it again soon.

Kumba seems to be a consistent walk on, despite single train. While Mr. Freeze made me obsess over coasters, it was Kumba that made me fall in love with them.

The star of the show of course is Iron Gwazi. It's everything I had hoped it would be, including better than Steel Vengeance. SV is amazing, but too over the top, IG is juuuuust right. Much better variety of elements and a shorter length, or "knows when to stop." On my evening visit, the hornets were swarming the lift, and I was genuinely terrified of coming to a stop. I'm very mildly allergic, but don't know what would happen if I got swarmed, and let's face it, the stings are extremely painful. While I took 5 rides, I made sure to always sit in the left seat. During my short midday visit, I only got 2 rides but there were no hornets.

Operations are consistently slow on IG. Despite running 2 trains, dispatches are 5-6 minutes each. And it's because of the extremely thorough safety checks. I believe they move about as fast as they can given the process. On the plus side, there's none of the Cedar Point SV stuff. You can have things in your pocket and there are zip pouches in the seats.

Great point about IG operations. On every train it looked the crew were taking their sweet time getting everyone in. Without fail they then had to recheck a few restraints because the light wasn't green.

Funny enough, it's the same thing that slowed down OG Gwazi (OGwazi?) when it first opened with the PTC trains. They do a full walk of the train for a seatbelt check and then a second for the lapbar check, rather than doing it the Steel Vengeance way of seatbelt check, then lower your lapbar and check it. Not that Steel Vengeance/Cedar Point seem to be doing much better than a SEAS park these days, but somehow BGT has managed to overcomplicate the process on two different iterations of Gwazi more than 20 years apart.